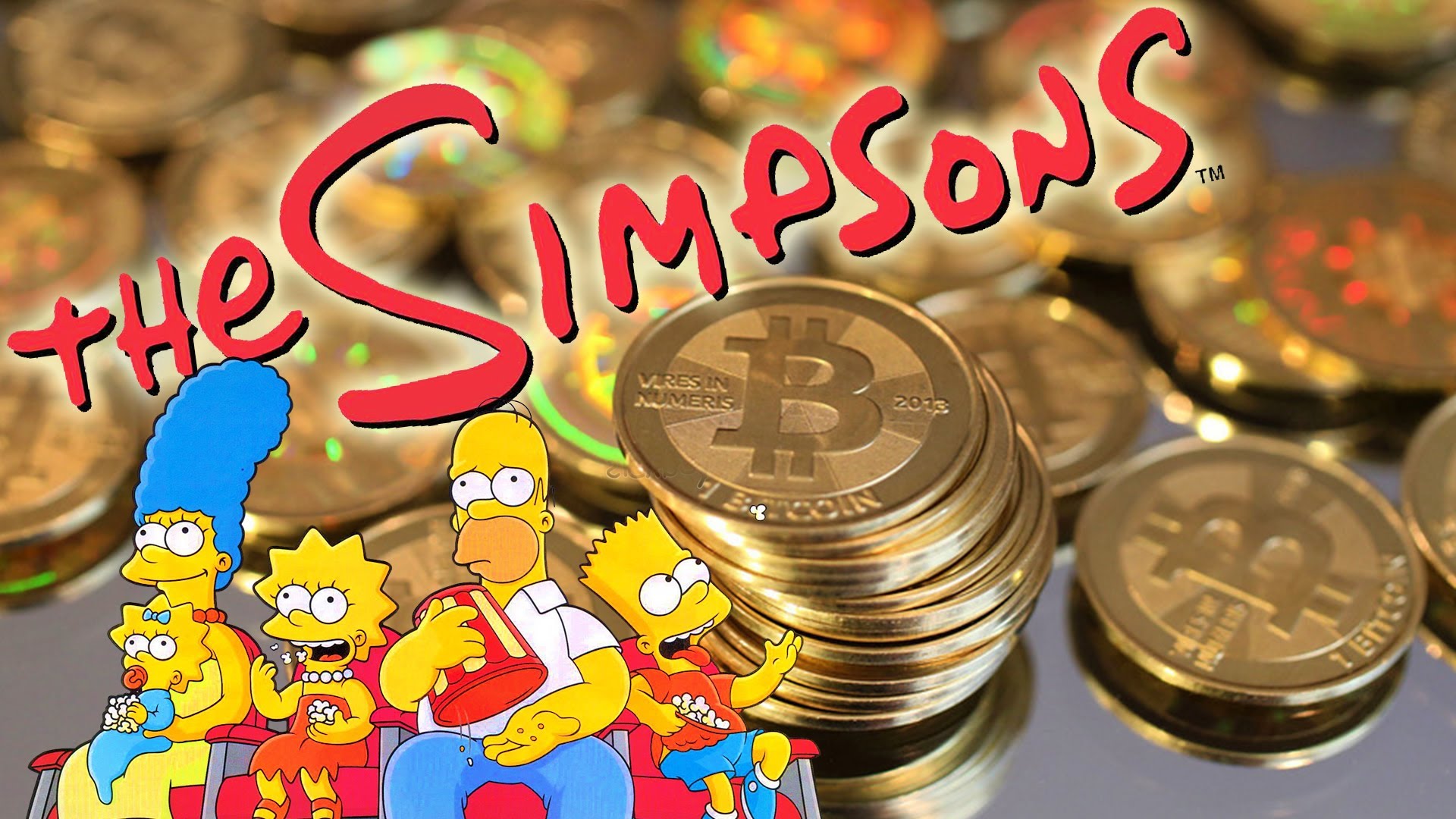 The Simpsons and Marvel’s heroes use bitcoin

The Simpsons and Marvel’s heroes use bitcoin. Leggi qui l’articolo in Italiano.

Everybody is going crazy about games on the blockchain.

While gaming with blockchain technology is becoming more and more popular and successful, the giants Marvel and The Simpsons add the word ‘bitcoin‘ in their latest products, also to take advantage of the attention that surrounds the cryptocurrency.

Surely, however, by doing so, they are also helping to make the subject more popular.

The Simpsons play with bitcoins

Let’s start with a freemium game called The Simpsons Tapped Out that sees Homer playing instead of monitoring Springfield’s nuclear station.

The user has a special mission and a limited time to accomplish it.

The mission is called Crypto Cool.

The highlight of the game comes when Martin says, “I haven’t heard of blockchain” until last week.

“I extracted some bitcoins with my computer. And now I behave like an expert!”. 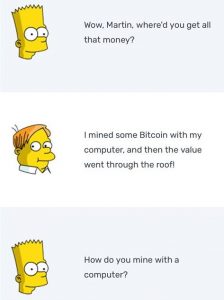 As you can see, the phrases reflect what is a common conversation in today’s world of cryptocurrencies. The player who performs the tasks with Martin then has to choose another three characters to proceed with the mining. 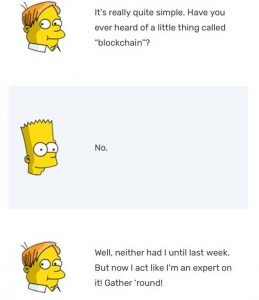 The game with characters from The Simpson is available in iOS, Android and Kindle stores and is produced by EA Mobile.

X-Men use cryptos as well

In Marvel‘s comic book, written by Tom Taylor and illustrated by RB Silva, bitcoin makes its debut with Wolverine who takes a hit from a bomb in an attempt to save New York City.

The title of the comic is Marvel Hunt for Wolverine – Adamantium Agenda # 1. 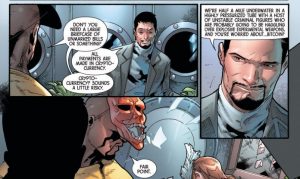 After this altruistic act, Wolverine is lost and Iron Man, Spider-Man, Luke Cage and Jessica Jones join in the adventure.

Bitcoin is named when Tony Stark needs to make payments and must use the encrypted currency instead of cash. Reference is made to the not always positive reputation of cryptos, to which Tony Stark gives an exhilarating answer:

“We are half a mile underwater in a pressurized tube with a host of mentally unstable criminals who may be arguing with explosive weapons. And you are worried about… bitcoin?”

Bitcoin and the Sanremo Festival

The fact of mentioning the word bitcoin in the mass media is certainly one of the ways of attracting attention and increasing acceptance and adoption of cryptocurrencies. Bitcoin is also increasingly entering the context of television shows and the media in general.

Suffice it to say that even at the last Sanremo Festival, Fiorello proposed to Rai to mention it for the final evening.

“I’ll be there on Saturday”, he joked, adding: “It depends on whether Orfeo (the general manager ndr) doubles my bitcoins“.