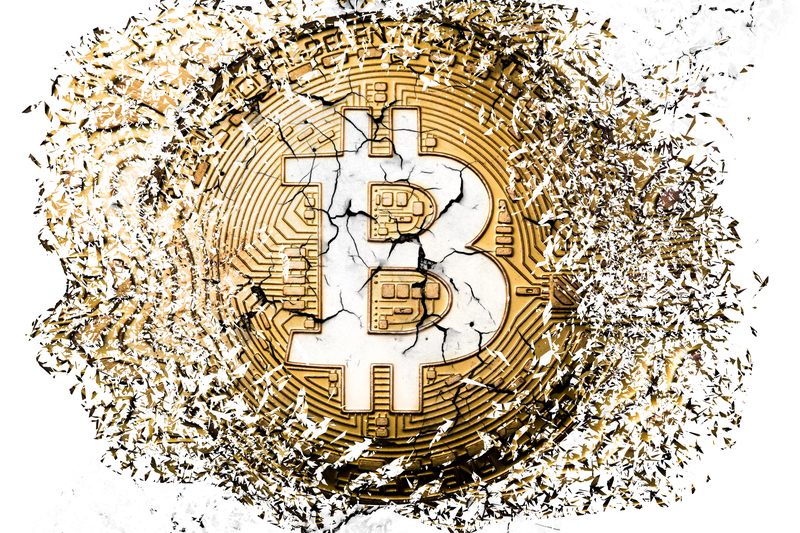 According to the Fed bitcoin is worth 1800$

Joost Van Der, a fintech consultant for the bank, published a study on the true value of the queen of cryptocurrencies: According to the Fed bitcoin is worth 1800$

The Federal Reserve Bank of San Francisco (FED) has released a report stating that “the price of bitcoins amounts to 1,800$.”

The report written by Joost van der Burgt, a consultant of the fintech proceedings of the financial institution, discusses the volatility of the price of the crypto and its classification within traditional financial assets.

At the moment, the characteristics of bitcoins make it fall into each of the three categories: security, currencies and commodities, so much so that the American financial institutions can not reach an agreement: the CFTC of the United States considers it a commodity, the SEC classifies it as a security, while bitcoin is commonly known as a virtual currency.

Burgt went further saying that the bitcoin is a bubble and then concluding with “maybe the bitcoin is different from anything we’ve seen before, and maybe, in a decade, its market capitalization will be sky-high when it reaches the status of a new global currency.”

Bitcoin, too much volatility

The volatility of the price of bitcoins makes it unsuitable for it to be a currency. Furthermore, the majority of monetary determinants of exchange rates, such as interest rates and production levels, do not apply to it either.

The only monetary determinant could be the limited supply of bitcoins established at 21 million but, according to Burgt, this argument doesn’t hold up either because “in reality it doesn’t correspond to real economic liabilities or assets”.

According to him, it can’t even being compared its supply to the gold one, given that during the previous years the bitcoin supply (4.4%) was higher than that of gold (1.5%).

Neither buying power can’t help cryptocurrency on being classified as a currency because there is no “no current bitcoin economy with native bitcoin prices for goods and services”.

Trading volumes also differed significantly from those of traditional currencies, but Burgt notes that “the bitcoin’s daily turnover of 2.3% is more in line with the rotation rates that characterize the stock markets”.

Is Bitcoin a security?

Securities are a purchase of debt or a company’s shares, but bitcoin does not fall into any of these categories because it doesn’t generate interests, dividends or capital gains.

Yet the SEC classified bitcoins as a security.

As we said, the CFTC, on the other hand, believes that bitcoin is a commodity: similarly to the production of goods such as natural resources like gas or gold, bitcoin mining also needs to consume resources like electricity and therefore there are production costs but, unlike them, it doesn’t have an intrinsic value of use.

Establishing a hypothetical value based on production costs is not enough.

Burgt explains: “Recent estimates of the energy involved in mining a single Bitcoin by a low-energy professional mining facility were sold for 1,800$ when they were mined in China“. To make mining economically sustainable we could “postulate a price lower than 2,500$ for a bitcoin” but “this hypothetical intrinsic value is still well below the recent bitcoin price levels”.

Ok, let’s say that bitcoin is a bubble

Finally, the report discusses the possibility of considering the bitcoin nothing but a bubble, since the asset was in a clear state of euphoria that brought its price to almost 20,000$.

And, although it is very difficult to determine whether an asset is in a bubble state until it breaks out, Hyman Minsky‘s hypothesis, which describes the five stages of this state (displacement, boom, euphoria, profit taking and panic), to not be excluded, according to Burgt.

The Federal Reserve Bank adviser says that, having difficulties on classifying bitcoin as one of the three assets, they could just consider it something completely “different from everything we’ve seen before” or we could simply find ourselves in a mental state described by Minsky called “euphoria which announces the explosion of a bubble”.