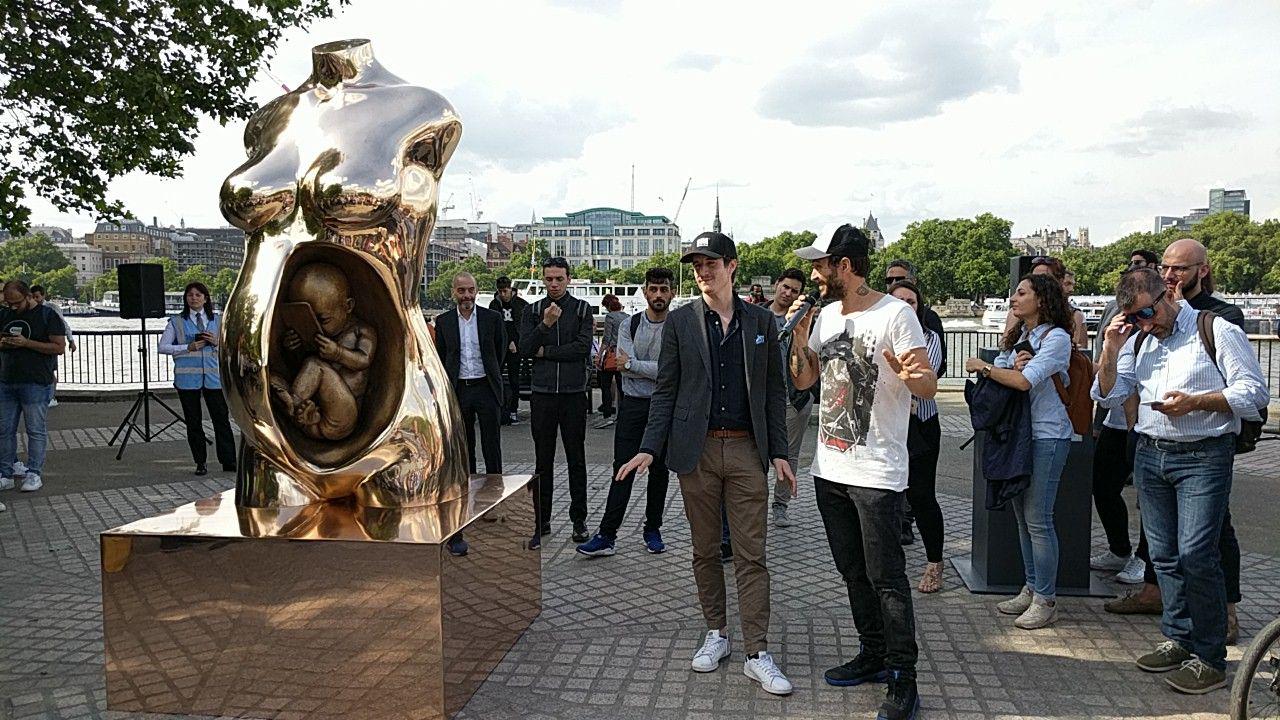 Yesterday, June 15, 2018, was an unforgettable day for Eidoo with over 500 people involved in the event in London.

The event was called Crypto Age, in honor of the next generation of children who will use digital currencies daily, just as now from an early age they are used to having in their hands a tablet or smartphone.

And this is exactly what represents Crypto Connection, the statue commissioned by Eidoo to the contemporary Italian artist Federico Clapis, a piece of art that yesterday was shown for the first time to the public at the Observatory Point, where it will remain for the next 10 days.

Speaking at the event were Marco Montemagno, the famous YouTuber Monty, and Lars Schlichting, former KPMG and now CEO of Poseidon, the holding company of which Eidoo is a member.

As Schlichting explained, the goal behind this statue and the event was to bring crypto to the streets, demonstrating how they will become the focus of everyday life in a short time.

The statue, in fact, not surprisingly represents a pregnant woman with a child in her belly using a smartphone, a symbol of the fact that the Crypto Age is coming.

Moreover, with Google, Facebook, and all the big names in communication having decided to ban crypto related ads, Eidoo always tries to invent new ways to do marketing and make its brand known. Certainly commissioning a work of art from a famous artist and place it in one of the key centers of the UK capital is not an everyday move, especially for a company that until 6 months ago did not even exist.

This afternoon was also an opportunity to present Wallem to the British audience, a new app similar to PokemonGo to capture tokens around the world.

This game is proving so successful that a group of Italians came to London on purpose to have a chance to download the app. We also met those who rented a boat to capture a bitcoin placed a few days ago in the middle of Lake Lugano, those who bought a Swiss SIM card to have the mobile data to play and even those who bought a new phone to be compatible with the alpha. In short, Wallem is really making everyone go crazy.

Speaking about the game was CEO Simone Conti and founder Gip Cutrino, famous for being a presenter in Italy.

Over 50 people were invited to download the app still in the alpha to “catch” tokens and cryptos that ICOs and companies of the Poseidon group had put up for grabs for a total of 43 thousand dollars.

Here are the photos from the event: