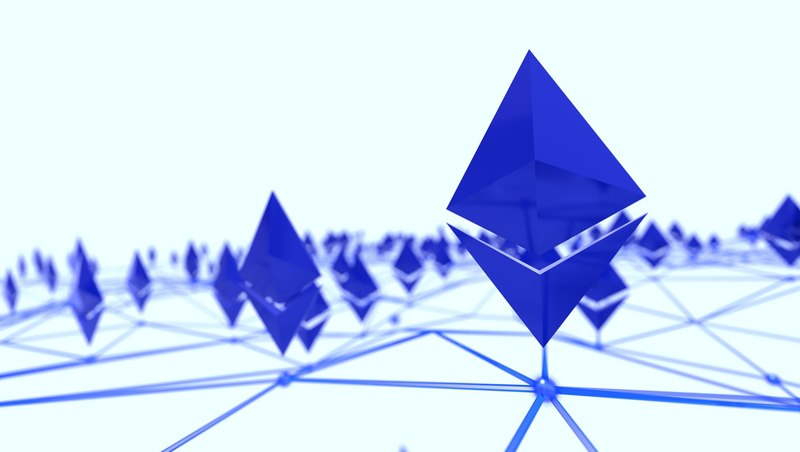 The great indignation that has affected EOS on the subject of its “code” does not take into account the fact that Ethereum governance can do the same.

On 17 June the blockchain world turned against EOS to criticise its governance. A reaction due to the news that the 21 main Block Producers (BP) have unanimously agreed to freeze seven accounts associated with phishing scams and suspend all their transactions.

But, while the indignation of many gurus on the centralization of the EOS protocol was at the centre of attention, no one remembered to state that even Ethereum can freeze and reverse transactions.

Daniel Larimer wrote in his blog post on Medium that the concept rooted in the world of blockchain according to which “code is law” is only a myth.

Bitcoin and Ethereum are two protocols commonly considered decentralized and lacking governance, but for the creator of EOS “in reality, all blockchains have human governance processes that reveal themselves in emergencies and when the protocol upgrades.”

This human intervention translates, for example, into a hard fork carried out to repair the damage resulting from the DAO hack or that of Bitcoin in which the mining pools voted to choose which fork to support.

In the long debate on trademark rights between the communities of Ethereum and Ethereum Classic, only the statement of the Foundation resolved the dispute and, also to implement SegWit on Bitcoin, developers intervened, despite the fact that there was no unanimous consensus.

“Every blockchain that has a ‘process for upgrading’ has a governance structure that is capable of changing the rules, rolling back stolen funds, etc. It is the good-old-boy network of Github admins, exchange connections, and mining pool operators,” writes Larimer again.

In one of his tweets, Larimer adds: “Whether you use ETH, BTC, or EOS there is a community governance process which enables upgrades and transaction reversals. Whether you vote by stake or by hash power, votes are cast and decisions are made.  Wise men plan for civilized dispute resolution before it happens.“

Settlement of disputes through arbitrage

The EOS governance model provides for a Constitution and therefore property protection. For this reason, BPs decided to freeze seven accounts so that ownership would not be compromised by phishing attacks.

According to Article IX of the Constitution of EOS on Dispute Resolution:

“All disputes arising out of or in connection with this Constitution shall be finally settled under the Rules of Dispute Resolution of the EOS Core Arbitration Forum by one or more arbitrators appointed in accordance with the said Rules.“

There are many reasons for this. One of these is the slow pace of the ICC process and the inexperience in dealing with blockchain disputes.

It was argued that the CCI, based in Switzerland, would create a logistical problem. And so the ECAF has become the default EOS arbitration forum with the ability to freeze and reverse transactions to protect user funds.

How does it work Ethereum governance?

Ethereum also has its own Constitution and can decide to freeze accounts.

And while all the crypto-universe is indignant about the governance model of EOS, it turns out that, the DAO hack could be solved with an arbitration forum designated in the Ethereum Constitution, namely the ICC.

From the Ethereum “Constitution” (https://t.co/ZWZn5D2bO0) calls for arbitration. Ethereum also supports freezing and reversing of transactions and has done so. Ethereum is governed by use of centralized Trademark held by a single entity.

This Constitution or Agreement provides that “the following Terms and Conditions govern the use of the Ethereum open source software platform (Ethereum Platform).”

Prior to any use of the Ethereum platform, therefore, the user confirms that he/she understands and expressly accepts all the Terms.

According to the agreement, all disputes “shall be finally settled under the Rules of Arbitration of the International Chamber of Commerce by one or more arbitrators appointed in accordance with said Rules.“

3 of the 5 large mining pools that control Ethereum are able to freeze accounts by rejecting transactions and blocks, and this is possible according to the Dispute Resolution found in the Terms and Conditions of the platform.

The 21 BPs of EOS, on the other hand, must reach a unanimous vote before taking any action regarding accounts subject to phishing attacks.

Vitalik Buterin also commented on the use of blockchain governance, although, according to him, it should be done at the level of decentralized applications rather than *on top of* less “activist” base chains, namely those that “do not have a basic governance that revolves around freezing and unlocking, restoring accounts and changing rules every month,” writes the founder of Ethereum.

“I actually think blockchain projects with built-in decentralized governance mechanisms make sense for many apps, though it will take years to figure out how to do it well. That said, I think that approach makes more sense for layer 2 apps *on top of* less “activist” base chains.”

The plutocracy of Ethereum

On the contrary, another Ethereum developer has spoken on the subject of Ethereum governance in one of his blog posts, in which he says that the processes available are not perfect and he likes the idea of improving them:

“I think discouraging plutocracy and on-chain governance as an attack on the legitimacy of existing processes is all part of healthy debate with dissenting opinions. There’s nothing wrong with having incentives to replace the old with a new system, and there’s nothing wrong with having the incentive to defend the legitimacy of the existing system.“