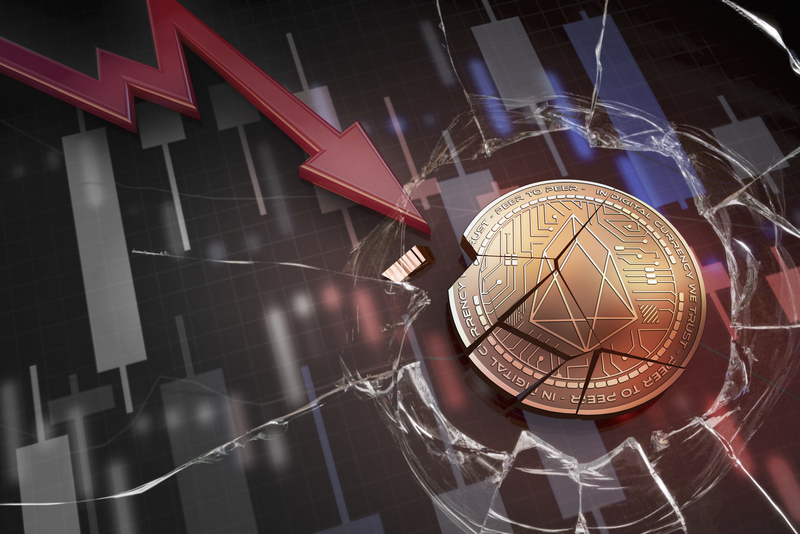 Daniel Larimer EOS co-founder disappointed: Yesterday, June 26, the EOS community woke up to the news that 3,570 EOS of one of seven frozen accounts were unlocked and moved by a hacker to Bitfinex.

This was made possible by the distraction of one of 21 Block Producers (BP).

The BP’s negligence has caused indignation among the community, including allegations of a complaint to the EOS Core Arbitration Forum (ECAF).

Daniel Larimer’s reaction was not long in coming. Disappointed, he proposed to delete the Constitution.

“The dog ate my homework”.

A few days ago, BPs and ECAF decided to freeze accounts that were allegedly accounts subject to phishing. An act due, until there had been an order to the contrary.

It’s a shame, however, that just yesterday, EOS Store, one of the BPs, began to process the transactions of one of the blacklist accounts, allowing a hacker to move the funds to Bitfinex. 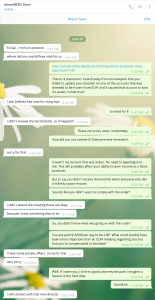 One of the community members asked the EOS Store representative about the ECAF’s failure to maintain order and received these conflicting responses:

“I didn’t receive the last blacklist.”

“I didn’t attend the meeting.”

“I had something else to do.”

“I didn’t check the Telegram channel yesterday, so I lost them.”

In short, the BP has provided weak excuses, not sufficient to justify his failure to execute the order to update the list of frozen accounts.

Considering the BP’s negligence, the community immediately called the ECAF to freeze up the BP’s account and possibly punish him appropriately.

Daniel Larimer himself intervened to try to handle the situation by saying “I’m also tired of how happy they are to sue” and acknowledged the “gross negligence”, adding that it cannot be assumed that they are all so irresponsible.

While the community was discussing what to do, Paolo Ardoino, CTO of Bitfinex, intervened saying that the hacker converted the EOS into ETH and withdrew them.

He added that he started the intervention of a Bitfinex investigation team to further track the funds.

“I have found out that there is a remote possibility that we can freeze funds that have reached another exchange (we have already contacted them to see if the funds have left the exchange). It would be great,” said Ardoino.

BP eventually offered to reimburse the victim. Larimer is back with a statement:

“My official view on disputes over stolen keys is that no action should be taken. Producers should campaign to use part of their remuneration for donations to return the money to the victim. I am preparing a blog post for my motivation.“

After days of discussions on the various cases of frozen accounts, BP’s non-compliance, the presence exchanges among BPs, the incompetence of ECAF communications, upcoming forks and many others, Larimer was very disappointed with the behaviour of the EOS community, accusing the system of its inefficiencies and of too much-acquired power:

“I learned a lot about human nature by observing disputes, witch hunts, the mentality of “bringing everything before the ECAF”. Block.one’s CTO, considering the situation of the “police state” that has been created, has expressed his fear that the ECAF “could become a regulatory body with indefinite and unpredictable power“.

That’s why he decided to change everything and create a new constitution with completely new rules.

What was supposed to be “the greatest social experiment ever seen on the Internet” has failed.

The EOS community has shown that it is unable to govern itself and that off-chain governance cannot be designated and adopted immediately.

A process is needed and Larimer intends to create it in small steps because “the decentralized approach must be better than the centralized one, otherwise what sense does it have”.

The EOS creator found that the ECAF “is the Wild West” and that “arbitration should be limited to correcting the code’s intent” and account freezing “should be limited to the code that is not working to its intent” or that “unless a contract is working properly or a user is exploiting an abnormal contract, nothing should be frozen“.

The controversial Article XV of the Constitution will be deleted and all governance will take place through a smart contract without there being an arbitrary ruling binding on all.

The ECAF would thus lose its authority over BPs unless the Producers express their consent through an obligation. And the authority will only be linked to that obligation.

Larimer says he is tired of all the scams, phishing and thefts that happen in the crypto world, but what makes him “even more tired is seeing a new form of unlimited power take place”.

In the past, one of the most distinctive features of EOS was its ability to recover stolen funds.

Now Larimer says that the only reason an account can be frozen is a bug in the code and not the stolen keys.

He adds, however, that thanks to his hard wallet, which will initially work on Apple’s iPhone and MacBook Pro, the keys will no longer be stolen because there will be a biometric recognition of fingerprints, in addition to multi-device multi-sig which will ensure its security.

In addition, Block.one is creating tools for account recovery, even if you lose your iPhone.

These are just some of the changes proposed by Larimer who wants to focus mainly on “establishing community guidelines and responsibilities and drawing the line as objectively as possible to maximize trust and protection“.

For all things where code is not enough, such as buying votes, BP collusion, insider trading or BP transparency, DApp solutions should be used.

Larimer, therefore, proposed to delete the whole Constitution and replace it with another by means of a referendum.

A new Constitution should restore power to the blockchain and rely more on the code to create “a broader and less corrupt global consensus“.

It’s up to the community to adopt it or continue with the present one.

In short, “is the code the law”? According to Larimer no: “Intent of code is law”.