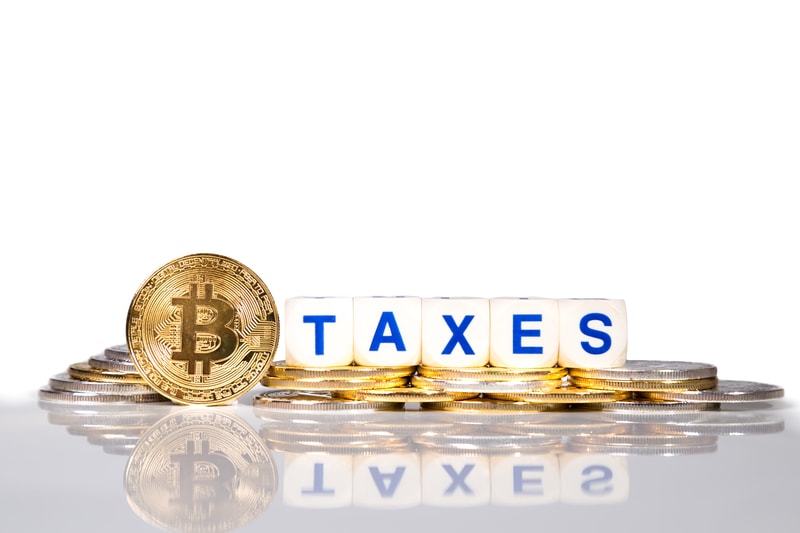 The difficulties in legal definition, tax treatment and disclosure of cryptocurrencies, tokens and other digital funds remain, which offers taxpayers several loopholes and challenge tax authorities.

Guideline for Tax on Digital Funds: Bitcoin (BTC) is the name of a digital money unit which is a global decentralized payment system.

Transactions are handled via the internet by a group of computers with a special peer-to-peer system which means that unlike traditional banking, no central processing point is required. In order to manage the digital currency a personal digital wallet by the means of a software or hardware is used as an access tool for your own bitcoins.

Cryptographic techniques ensure that transactions with Bitcoin are only made by the respective owner and the credit units and cannot be issued more than once.

The identification is made using the public key (“PUK“, from which a kind of address or account number is derived) and the corresponding authorization by the private key (“PIK“, similar to a personal password).

A Bitcoin is defined as a chain of signatures, which can only be passed on with a valid PIK. If you want to transfer a Bitcoin, you take your own PIK and the PUK of the receiver and sign the Bitcoin so that only the receiver can sign the next transaction with his own PIK. A Bitcoin is therefore also referred to as an encryption.

Although the term ‘currency’ is usually used by states, this is not the case with Bitcoin. The conversion rate of a Bitcoin into other traditional payment means (so-called “Fiat Money”) is determined by a limited supply and a corresponding demand.

The maximum amount of money is fixed by the network protocol to 21 million Bitcoin units and cannot be influenced by individual subscribers.

“Bitcoin and other cryptocurrencies, the concepts behind them and the way the blockchain
works, have the potential to knock banks out of the game.”

Several jurisdictions treat the ownership of a digital information unit as a taxpayer’s right to a property and its tax treatment is determined by domestic law.

In analogy to traditional cash, small amounts of a few hundred Euros are used for regular payment transaction may be neglected in the tax declaration of a taxpayer.

From a tax perspective, the question is where the Bitcoins are to be declared for tax purposes. Some jurisdictions include digital currency to securities which then may be affected in terms of tax treatment.

However, even though the taxpayer is obliged by domestic law to submit all enclosures regarding securities and credit balances with corresponding counterparties are to be recorded.

Whereas monetary rights to a ‘thing’ are not listed under securities rather under section ‘other assets’ such as art or jewellery at the respective daily closing price.

The taxpayer has to do everything in his power to make a complete and correct assessment in accordance with domestic tax legislation.

The arising problem is that there is no third party which would be subject to a required certification and could confirm the end-of-year stock.

Thus this triggers two main concerns, (i) first the third parties will be annulled and (ii) secondly the tax authorities are solely dependent on the data of the taxpayer similar to the case of jewellery or cash.

It may be possible to print the end-of-year stocks of the digital wallet. However, a disclosure of the PUK and thus of the individual transactions open to the public does not appear to be proportionate since the payment details are subject to the protection of privacy and are not necessary for the correct assessment by the tax authorities. Furthermore, the PUK alone is not suitable for detecting the property of the corresponding bitcoins since this can only be done in combination with the respective PIK.

Problems also arise in the evaluation of digital currency. Some jurisdictions treat Bitcoin as a foreign currency and calculate a value for assets by the average of the prices published at the end of the year.

This certainly does not do justice to the decentralized charter of Bitcoins because there are not only a few trading platforms but thousands which makes a fair declaration of the average almost impossible.

It would be appropriate to base the valuation on the basis of the average price of the most common exchanges which are e.g. coinmarketcap.com or another technique is to choose the price of the trading platform the taxpayer regularly uses.

However, the high volatility which digital currencies such as Bitcoins are exposed on the same day makes it difficult to determine an official closing price and must be taken into consideration.

Every taxpayer must be able to ascertain whether an assessment is wrongly omitted or that a legally binding assessment is incomplete which triggers penalties imposed under domestic legislation.

It is therefore advisable, especially in the case of larger amounts, to declare the digital currency in the pure state in a complete and true manner. If the person has neglected this step in the past, there is still the possibility of a punishable self-disclosure.

If the taxpayer has evaded tax for the first time, the prosecution will be dispensed. Self-report is worthwhile to reduce penalties because if tax authorities discover that taxes have been evaded it is too late to reduce fines through legal prosecution.

Finally, the taxation of digital currency is among others a challenging topic among tax experts and many questions remain unanswered.

Whilst the bubble of digital funds grows through massive media coverage, the Big 4 accountancy firms lead the trend and accept cryptocurrency payments and offer crypto ATMs. This shows that this technology must be taken seriously.

Previous article Virtual currency market: Cryptos in decline but ICOs rising
Next article The Satoshi book is a fake