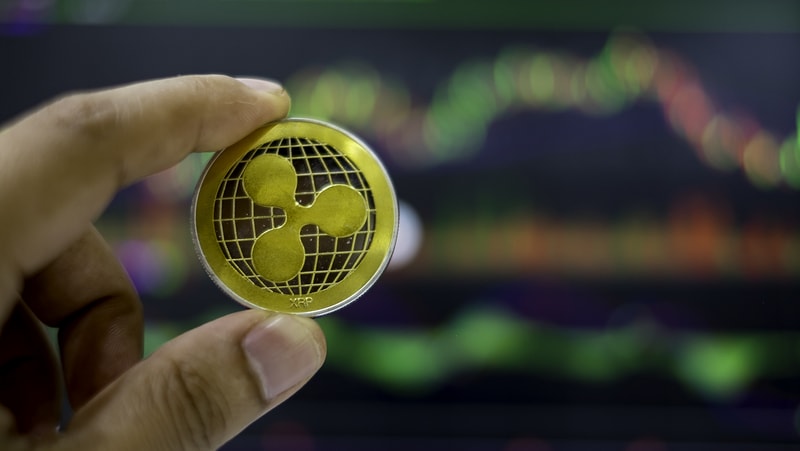 Ripple and his XRP token are trapped in a whirlwind of accusations.

XRP investors have already created two lawsuits against the company this year and yesterday another investor decided to start a legal process to classify the token as a security.

This while the SEC is still considering the possibility of classifying XRP just like a security token.

Ripple’s situation is more compromised by the fact that the cryptocurrency has not yet found a real use outside the exchange and can not be considered a currency, the purpose for which it was created.

Paul Krugman, Nobel Prize-winning economist recently tweeted: “If a digital currency is not actually used for transactions, is it actually a currency?”

If a digital currency isn't actually used for any transactions, is it, you know, actually a currency? https://t.co/uhTFdEWT2U pic.twitter.com/BzIxL5uXNS

In the past, Krugman has already expressed himself in a negative way on cryptocurrencies describing them as useless, antisocial, worthless, impractical, a bubble and a fraud. Now, the economist lashes out against XRP just as the cryptocurrency tries to convince banks and money transmission companies to use the token.

Persecuted by the SEC Ripple does everything to find adoption in real life.

It does not matter that Ashton Kutcher has donated 4 million dollars to charity using XRP during a TV show or that Stephen Colbert has announced a 29 million dollars donation to XRP to school teachers during his show or a popular rapper Snoop Dogg gave the concert to XRP fans.

The token continues to be used exclusively as a means of speculation.

When the price of cryptocurrency went to 3 dollars, Ripple soon became one of the most valuable startup of the moment whose value exceeded even that of many world banks. Although the price has dropped by 80% since then, the company is still worth more than SpaceX.

But the main problem of Ripple remains adoption.

The Xpring program was also created to finance developers to create software focused on XRP, but no changes have been noticed to date.

So far, Ripple’s biggest success has been its messaging product called xCurrent used by the biggest global banks, but the fact that this service does not use the XRP token has not improved its situation.

The other xRapid product, the one that should actually use XRP for international money transfer was of little use to Western Union with CEO Hikmet Erset who said the system “is still too expensive” but will continue to test it.

Currencies Direct was another company that tried out XRP, but found it “on par or slightly cheaper” than the existing method, said Brian Harris, the company’s chief product officer.

The token thus remains a very centralized asset with 60% of XRP in the hands of Ripple and centralized control is the main indicator for the SEC that a token is a security.

And this is precisely why David Oconer, a California investor, tries to sue Brad Garlinghouse and the startup for violating the securities sale laws.

According to Oconer, Ripple would be responsible for placing 55 billion XRPs in escrow to pump the token price.

“Ripple’s public commitment to limit the supply of XRP had the desired effect. In the following weeks, the price of XRP increased rapidly from about 0.22 dollars per token on December 7, 2017, to 3.38 dollars per token on January 7, 2018,” reads the complaint that wants to show how the price was controlled by the co-founder.

Boom! 55B $XRP now in escrow. Good for supply predictability and trusted, healthy $XRP markets. Glad to finally let this #cryptokitty out of the bag!https://t.co/TpOTuwwwdd

Although Ripple has rejected all allegations that XRP is a security, the facts seem different, but official confirmation from the SEC has yet to come.