Crypto art and blockchain: The myth of easy money with cryptocurrencies has allowed coining the famous phrase “Lambo moment“, that is when the earnings are such as to make possible the purchase of a status symbol such as Lamborghini, certainly a work of art, in some ways, but also a display of wealth considered by many quite flashy.

Wealth can also nourish art, thanks to the patronage of people who have become very wealthy.

How can virtual currencies and blockchains interact with art?

Three channels can be identified:

Starting from the first point, there are galleries that accept cryptos, some of them very extensively.

For example, Eleesa Dadiani’s Dadiani Gallery in London has been organising cryptocurrency auctions for unique art pieces for some time now, in collaboration with Maecenas.

This skilled gallerist, very well introduced in the jet set and in general in the world of the so-called “petro-dollars”, built her own small empire accepting digital coins for payment.

Another gallery, the Lynx Art Collection, has seen its sales increase by 427% since it started accepting cryptocurrencies, which it can do so through the global provider Globee that accepts Bitcoin, Monero and Dash, being able to interact with a greater number of cryptos through Coinbase. His artists are also attracted by the concept of blockchain, a technology that has stimulated them in the production of very original works of art. 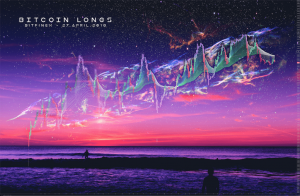 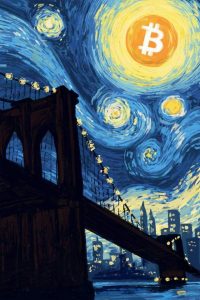 Blockchain can certainly serve as a certification technology. You can buy a work of art, unique and inimitable, guaranteed by a blockchain.

At the DADA.Nyc gallery you can buy unique works of art using Ethereum, even at rather modest prices. These works of art are saved on the blockchain and distributed from there. So there is an absolute certainty of origin, of the number of copies issued, of authenticity and a clear and unambiguous proof of possession.

The artist also perceives 70% of the consideration in an equally sure way.

Another similar project is the Codex Protocol project created by Mark Lurie, which has the ambitious objective of creating a blockchain certification for the market of unique pieces, including artistic ones, with a total value of 1.2 billion dollars.

Blockchain can play a significant role in artistic conception. As reported by the New York Times we are now at the “Distributed Gallery”, the art gallery on the blockchain, which has announced these days its first project, the “Ready to make” token by Richard Price, a well-known American painter and photographer. It’s a shame that the artist knew nothing about the blockchain.

In fact, the entire operation “Ready to make” is nothing more than a provocation, obviously artistic, implemented by the French sociologist Olivier Sarrouy who wanted to create an artistic event, reinterpreting Duchamp, and appropriating the name of Price. Price’s non-existent work was even auctioned, obviously on the blockchain and with payment in ETH, at the end of which Sarrouy thought it would at least repay Pierce.

A real provocation, like that of Kevin Abosch, conceptualist artist who decided to transform himself, in some way, with the blockchain, starting a new artistic trend with the project IAMA COIN. With this project, the artist issued 10 million Ethereum tokens and 100 of these were written on paper wallets with the artist’s blood. Abosch continued with the projects based on the blockchain. His latest work is Yellow Lambo: 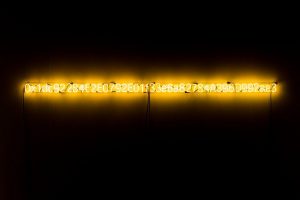 It consists of a bitcoin code written in yellow neon and was recently sold to Michael Jackson, former COO of Skype, for $400,000.

How to list an SLP token
Bitcoin Mixers: Centralized Vs. Decentralized Mixers