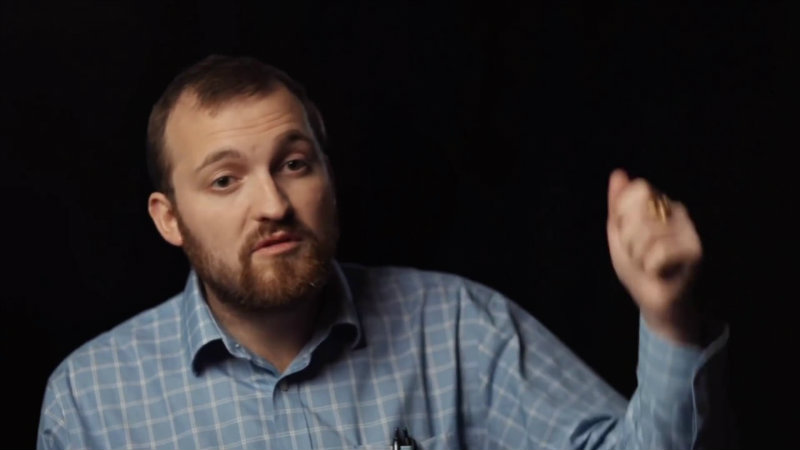 “He’s trash”. The attack of ADA founder on Larimer

In a tweet, ADA founder launches insults and criticisms at one of the most successful developers in the blockchain environment. Which, however, does not answer.

ADA founder Hoskinson has written a message on Twitter adding a link to a post on Reddit where he talks about the latest success of EOS in reaching the new record in transactions per second.

2351 transactions per second and network fees still at 0 with no backlog. #eos https://t.co/Iz1PUqrtse

The founder of ADA, however, responded in a sarcastic (and offensive) way by writing:

“Our centralized network has achieved the average performance of fabric and half that of ripple … yea! Totally makes selling our souls worth it! Oh EOS, you’re the court jester of blockchain.“

Our centralized network has achieved the average performance of fabric and half that of ripple https://t.co/cvYHIvWiB3 yea! Totally makes selling our souls worth it! Oh EOS, you're the court jester of blockchain.

When a user asked Hoskinson the reasons for his salty tweet on Larimer, he received the following response:

“I don’t care. He lost all credibility when he accused my scientists of plagiarism. There is no greater insult in the academic world. He’s trash. His tech is trash. His ecosystem is built on lies and greed.“

Hoskinson makes a clear link to an article by Larimer six months ago entitled “Review of Ouroboros of Cardano“.

In this article, the inventor of the Delegated Proof of Stake (DPOS) consensus mechanism compared Cardano’s Ouroboros consensus algorithm to other DPOS-based projects, namely Bitshares, Steem and EOS.

Here are the words used by Larimer in the blog: “Upon reading their paper it becomes clear to those familiar with BitShares 1.0, Graphene, Steem, and EOS that Ouroboros is a copy of Delegated Proof of Stake (DPoS) with a few counter-productive modifications. In fact, their paper refers to the term “πDPoS” 17 times without mentioning or recognizing any of my prior work.“

Larimer also concluded that Ouroboros “is not mathematically safe”, adding: “their algorithm is not “new” but a less secure slower variation of the DPOS algorithm I originally introduced in April 2014. The authors of the paper failed to cite relevant prior art or to justify why their deviations from existing art are an improvement.“

In fact, the safety of Cardano has also been criticised by Buterin. In a comment on Reddit, Ethereum‘s developer warned that he might allow hackers to create false stories about blockchains.

Hoskinson replied today: “A lie is a lie. We copied nothing from DPoS. Dan lied in his blog post. He allowed his community to repeat the lie. It was unethical and wrong. That’s a fact.“

Hoskinson actually first worked on the Bitshares project and then left it and opened his online school, the Bitcoin Education Project.

Shortly afterwards he met Vitalik Buterin and became one of the eight founders of Ethereum but, after some disagreements, he decided to leave the project.

The main reason for the dispute was the disagreement over the non-profit nature of Ethereum.

While Buterin wanted to keep Ethereum as a non-profit organization with an open source code and decentralized governance without external capital, Hoskinson wanted the opposite and eventually left.

Six months later, the developer founded a company for the construction of blockchains for institutions – IOHK.  ADA is one of the projects born from this company and with a capitalization of 4.6 billion ranks eighth in the ranking of Coinmarketcap.

Block.one recently announced that Bitmain and Peter Thiel, one of the leading venture capitalists and founder of PayPal have invested in EOS.

Previous article XLM crypto is "approved" by the Sharia law
Next article The crypto bull is here, the bear is running away