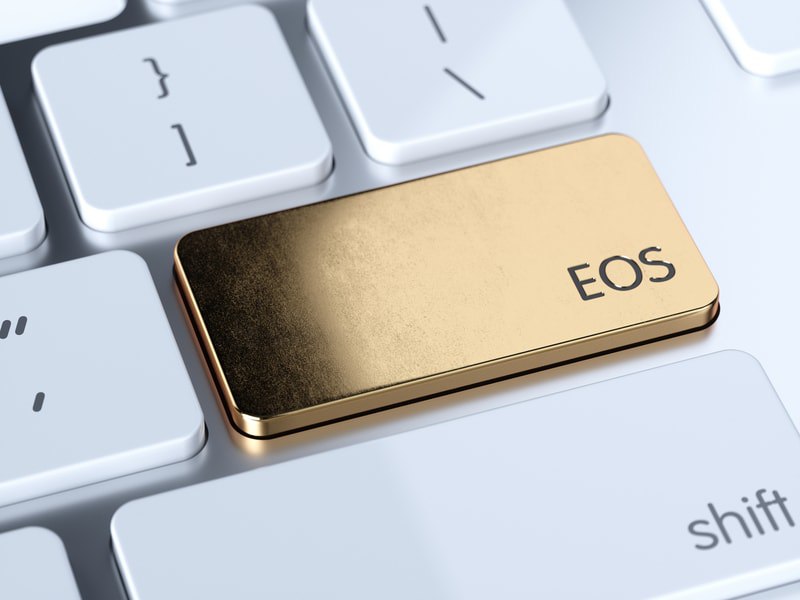 An essential EOS guide, about the new blockchain founded by Daniel Larimer.

In the cryptocurrency industry, there are three main categories of technologies in which to invest.

The first is broadly synonymous with digital currency’s primary use-case and solves for exchanges of money and stores of value; the second relates to decentralized applications (dApps) built on the blockchain; and the third involves protocol level technologies such as Ethereum, NEO, ICON and EOS.

On which these applications are developed and which relate to the infrastructural and architectural innovation of the industry because they provide the most utility to developers building the ecosystem.

The key difference between EOS and other protocols such as Ethereum is primarily scalability.

Currently, Ethereum can only process approximately 15 transactions per second.

Although to be able to support larger, more extensive social apps similar to that of Facebook (which processes 52,000 transactions per second) Ethereum’s speed would need to increase significantly.

While the context of smart contracts has been arguably predicated within the realm of financial applications, even a platform such as Visa processes over 20,000 transactions per second, roughly 1,300 x the current capabilities of Ethereum.

The EOSIO software provides accounts, authentication, databases, and the scheduling of applications across multiple CPU cores and/or clusters. This allows for horizontal scalability, replaces user fees with an ownership model, and powers simple deployment of decentralized applications. The EOSIO GitHub repository is available here.

The Technical Whitepaper outlines a lot of the granular features and details that we’ve left out here for brevity. Although some key features of EOS include:

In a word, parallel processing helps bring continuous scalability and a strong foundation for an applications high performance.

Existing single threaded capabilities force every application to share the capacity and performance of one single-threaded blockchain, create hard scaling limits, and eventually suffer from network congestion that may result in platform-wide downtime.

This method simplifies the process of building and deploying decentralized apps, and improves the potential developer audience to anyone.

Moving tokens between some Proof of Work or Proof of Stake blockchain and EOS could be possible thanks to the light client Merkle proofs, the technology at the base of every blockchain.

This interoperability implements also atomic swaps to make it easier, for example, for existing dapp projects utilizing ERC20 tokens on the Ethereum blockchain to port over to EOS.

The EOS blockchain is an entirely self-sufficient, self-funding, distributed network with all governance on-chain; it does not rely on a foundation, corporation, or individual.

New tokens (max 5% annually) are created slowly and distributed by the community through elected smart contracts to fund network operation and growth, however, this inflation is minor if we add the proceeds created from the RAM market fees and from EOS premium names auctions.

The proceeds from these two markets will possibly make EOS token deflationary.

EOS has one of the most important blockchain community. EOS is built on a Delegated Proof of Stake (DPOS) system and its team has also built two of the largest businesses in the blockchain ecosystem today – BitShares and Steem.

With more than a billion dollars in market capitalization and more network activity than both Bitcoin and Ethereum combined, this community has begun pushing its innovations to the forefront of the space and is expanding the boundaries of what is capable.

EOS introduces some new security measures that prevent theft or that can restore stolen funds.

Application developers and users choose actions with mandatory delay and permit users to cancel a transaction within a specified period.

These actions may be connected with a notification system like email, text message or bot to notify the user when an action was broadcast.

If the user didn’t perform a transaction, he/she can use the account recovery process to recover the account and retract the action.

When private keys are stolen, there is the possibility to regain control of the account if there was set up a recovery account partner before the theft.

The security is assured also by identities and reputation system and Block.one is currently building a free iOS hardware wallet which uses Apple’s Secure Enclave.

The multisig wallet will include the biometric signing of transactions which will improve the security of the account significantly.

EOS inflation is set at 5% per year where Block Producers take 1% and 4% goes to the Worker Proposal Fund to fund new community projects.

But what gives the EOS token value is a different thing, and it depends on the resources of the network, account names, dapps, airdrops, renting of tokens and RAM market.

Buying EOS tokens mean purchasing network resources like bandwidth, storage and processing power and being an owner of these resources.

EOS.IO has a unique feature in the form of account names and the premium names auction in the form of “suffixes” like .com, .io, .net, .org is one of the main sources of proceeds now. This market, at the time of writing, has created 3,177,514.32 USD.

The RAM is a scarce resource on the EOS blockchain and Larimer decided that this resource should be governed by the free market laws.

This allows EOS token holders to trade RAM and the fees collected from transactions brought 26,602,571.42 USD of profit to the EOS network.

The applications on EOS will bring the most value as they will create inputs for transactions and their airdrops will be a direct source of income for the end user.

The more dapps will be built on the blockchain, hopefully, the more value EOS tokens will have. Every dapp developer needs to buy RAM and network resources for their DApp, an action that fuels all the EOS economy.

With EOS it is not possible to stake tokens and earn passive income but in the future, exploiting this secondary market which will be created in response to a real need, will give users the power to get profit from tokens in their possession.

The token sale was drawn over a full year, and started on June 26, 2017, with a reported 350 periods of distribution.

The total number of EOS tokens designated for that period were distributed to contributors based on the amount of ETH they contributed divided by the total contribution amount.

Throughout this period, EOS tokens were listed on a majority of prominent exchanges which enabled the price to be determined by the market and provide investors with continual updates as per the development and progress of EOS team before contributing.

The result led to one of the highest funded token sales to date. Although what’s prominent to note is that the EOS token itself doesn’t perform a specific function, rather than allowing developers to create new dApps, and use EOS tokens to generate their corresponding tokens.

Block.one is a software publisher who works on high-performance blockchain technologies.

EOSIO is their first project, it is an open-source blockchain protocol designed to enable secure data transfer and high-performance decentralized applications, has received global recognition as the first performant blockchain platform for developers, following its introduction in May 2017.

Daniel Larimer – CTO of Block.one – is the inventor of the revolutionary Delegated Proof of Stake (DPOS) consensus mechanism. DPOS processes the majority of blockchain transactions globally and powers the EOSIO software launched in June 2018.

EOS is developed by the Block.one team, led by CEO Brendan Blumer and Daniel Larimer, both dedicated to improve the blockchain technology by working on creating a more secure, free, and connected environment.

Where can you buy EOS

The simplest way to buy EOS is to purchase it on major exchanges such as Huobi Pro, Bitfinex, Binance, or OKEx with either USDT, BTC, or ETH.

Noted to be a slightly controversial project due to its questionable execution, one could be fair to state that with a 4 billion dollar budget, and a stellar team with credible experience within distributed ledger technology, the cumulative vision of EOSIO’s community and key team are more than enough to make this one of the few perennial protocols of our time.

Ethereum touching the highs of the last 2 years
USA, the digital dollar project is moving forward

Stargraph and blockchain for sports and music events