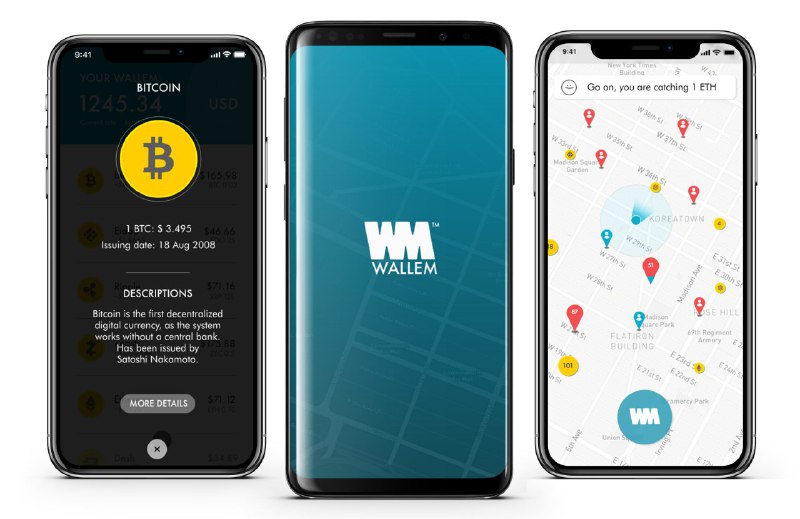 Catch cryptos with the Wallem app. In Ibiza and Milan

Catch tokens and cryptos, similarly to PokemonGo, with the Wallem app.

Announced the new dates on which you can test the app and earn, have fun and play.

The PokemonGo-like app will distribute tokens to users on September 10 and 11 on the Spanish island, then in the capital city of Milan.

Wallem, the app to catch tokens and cryptos, similarly to PokemonGo, has announced the new dates on which you can test the app and earn, have fun and play.

Simone Conti, CEO of Wallem, explains: “We are in the alpha test phase and we are participating in more and more events. We do this to let people use the app and get valuable feedback from everyone on what to improve and empower in the gaming experience. Wallem isn’t just an app for playing and earning tokens or cryptos. It can be a powerful tool for marketing and making ICO projects known. We see it as a more fun and interactive way to do airdrops, especially at a time when the advertising possibilities for token sales are more limited.”

The next dates to play Wallem and become alpha testers of the app (earning tokens) are scheduled for 10th and 11th September in Ibiza, during the European Coinsbank Blockchain Cruise, then in Milan in October (exact date and place will be announced shortly).

As for the cruise, Wallem will distribute the tokens as soon as they arrive in Ibiza (September 10).

Then the cryptos will remain visible until midnight of September 11th, for those who want to stay in Ibiza or are already on holiday on the famous Spanish island.

In total, over the two days in Spain, Wallem will distribute $50,000 in cryptos, including tokens from Sgame Pro, Wollo, Eidoo, Inscoin and Versum, as you can read on the official website.

Only 100 new testers will be admitted – for both iOS and Android – so potentially, each of them will earn $500.

During the previous stages, Wallem has already distributed a total of $133,000, during the events in Seoul, Singapore, Lugano and London, of which you can read more information on this page.

So far the app has gotten over 300 alpha testers, while the beta is scheduled for next October.

Previous article Telegram Passport, a decentralized cloud service
Next article The SEC rejects the Winklevoss ETF. And the market reacts