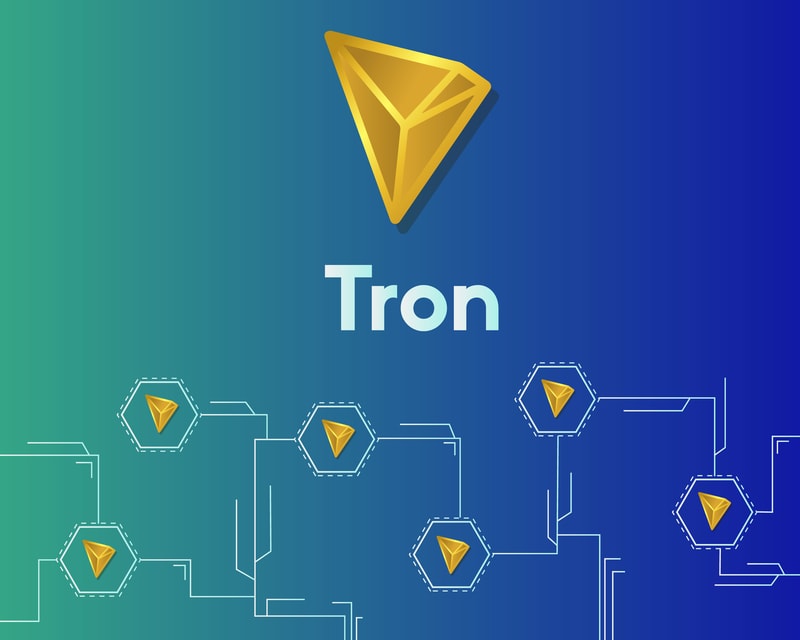 The ultimate Introduction to the crypto TRX

An overview of this new blockchain and its crypto TRX

As referenced in their whitepaper, the Tron team are supporters of Sir. Tim Berners-Lee (creator of the World Wide Web) and fuelled by a conviction that protocols, from the moment of their conception, are an asset for us as human beings, rather than a profit-making tool for sub-communities or organizations.

In lieu of this, Justin has proposed a more comprehensive vision and use-case for this technology to serve as a decentralized version of the internet and with a specific focus on gaming and entertainment.

In essence, TRON aim to allows users to publish, store and own data freely.

It also provides ownership and inherent control as per the direction, price, transparency, and distribution of their creative work essentially eliminating the need for intermediary platforms such as the Apple’s iTunes or App Store and Google Play.

The current TRON team extends from Beijing to Seoul, Tokyo, San Francisco along with numerous other regions around the world and totals more than 100 people.

The strong foundation of TRON is made up of innovative and experienced technologists previously employed by Chinese internet giants like Alibaba, Tencent, and Baidu.

There are several key features that either potential or existing investors should understand when it comes to TRX:

Net Neutrality and Data liberation. Tron’s intention is a fully democratic web space in which every creator is in control of their content. This is the fundamental mission of Tron, as referenced in their Web 4.0 statement. We all have a stake in the web economy.

Gaming currency exchange – TRON will allow gaming companies to issue game-specific currencies that can be freely traded with other game publishers via TRON protocols.

Trust in gambling – TRON wants to add to the online gambling industry by creating a cross-platform system that provides authentication without going through centralized channels.

TRON’S NATIVE CURRENCY: TRONIX (TRX) TRON’s own currency called Tronix (abbreviated TRX) is used by the platform to create a functional economic ecosystem. While the TRON ecosystem will eventually support different types of cryptocurrencies, TRX will be used for the conversion and circulation of currencies within the network. TRX is especially notable as it combines the transactional capabilities of both Bitcoin and the functionality of Ethereum.

TRON’s protocol has a native economic system that uses TRX to enable interactions between content creators and their supporters or network. By using TRON tokens, content creators such as artists, musicians.  won’t need to pay high intermediary fees to centralized content platforms

Along with providing a free platform for content creators, another key focus of TRON is to provide its users with a social media network,  an alternative currency (TRX) for transactions, a payment platform, and an autonomous ecosystem. TRON plans to achieve these separate milestones in six phases commencing in 2017 and ending in 2023. We’ve elaborated briefly on each of these distinct phases below:

Exodus – Exodus is a free platform that allows peer-to-peer distribution, storage, and uploading.  The Exodus platform will be designed as an entirely open and stable platform for publishing, storing, and disseminating data.

Odyssey – Odyssey will be utilized as an attempt to incentivize early adopters to create and distribute content on the platform by using a proof-of-stake framework.

Apollo – Apollo will allow content creators to distribute their own tokens and also offer the public an option for investment support of brand or companies created on the platform similar to that of current ICO models.

Star Trek – Star Trek will function as a decentralized gaming and forecasting platform similar to “Augur” that allows anyone to build and release fully autonomous games freely.

Eternity – Alongside creating and distributing games on TRON, developers will also be able to crowdfund game development and source investor support.

Who is Justin Sun

As referenced by Forbes: Justin Sun is a Chinese entrepreneur,  notable for previously creating “Peiwo,” an application that has been likened to the Chinese equivalent of “snapchat” through matching and connecting users by analyzing 10-second voice samples and mutual interests.

The Peiwo app also provides a multitude of channels for users to meet like-minded friends such as online games, talent shows, and live streaming. Similar to the pairing function on tinder, Peiwo has since facilitated more than 4 billion matches to date.

In 2014 Justin Sun also became a Davos Global Shaper and was the former representative of Ripple XRP in China. At just 26 years old, Justin Sun was selected by globally revered tech pioneer and investor Jack Ma to study at the Jack Ma Hupan University for entrepreneurs which, according to numerous sources, has an acceptance rate lower than Princeton.

Justin is also the Chief Representative and Advisor at Ripple Labs (who are also close investors of Tron) and has featured in Forbes 30 Under 30 Asia.

Where can you buy TRX?

TRX can be purchased on a majority of the large crypto exchanges such as Huobi Pro, OkEx, and Binance for either ETH or BTC.

Where can you store TRX?

Originally, TRX was an ERC20 token, but recently it has launched its mainnet, so it has its own blockchain now.

This is the reason why you can store TRX  by using a few wallets suggested by the Tron community here.

In the cryptocurrency industry, there are three main categories of technologies in which to invest.

The first is broadly synonymous with digital currency’s primary use-case and solves for exchanges of money and stores of value; the second relates to decentralized applications (dApps) built on the blockchain; and the third involves protocol level technologies such as Ethereum, NEO, ICON and TRX.

On which these applications are developed and which relate to the infrastructural and architectural innovation of the industry because they provide the most utility to developers building the ecosystem.

However, after all the ICO marketing campaigns and crowdfunded innovation that, as of 10 April 2018, has estimated to birth over 1565 coins, a few simple, often overlooked questions that we should also ask ourselves include; who is using it, why are they using it, and how easy would it be to replicate the proposed technology or service?

Moreover, nestled within today’s trailblazing, and at times nefarious melting pot of distributed ledger technology two main categories could be a relatively safe balance that provides clear answers to all the above questions and more. The first are protocols (because of the social value and market demand for developers) and the second is exchange tokens.

At the risk of generalizing, it is because these platforms serve as the primordial backbone of the industry. These factors along with the key values of net neutrality, data liberation, blockchain flexibility, and experience of the TRON team make it one of the few true unicorns amidst a savanna clustered with rhinos.