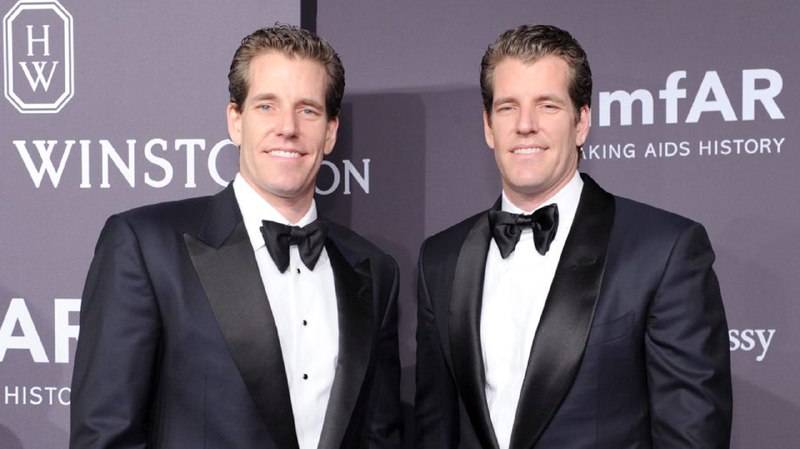 “Bitcoin Billionaires”, a new book about the Winklevoss twins

Ben Mezrich, author of “Bitcoin Billionaires”, believes that the world is not sufficiently familiar with the twin brothers Cameron and Tyler Winklevoss and that the so-called “goddess of fortune” has loved them so much that she kissed them at least twice.

He talked about the brothers in the book “Accidental Billionaires”, in which Mezrich traces the controversial events that led to the birth of Facebook (just remember the film ‘The Social Network’ from 2010 directed by David Fincher).

Now he wrote about them again, in a second book entitled “Bitcoin Billionaires” that will be released next spring both in the United States of America and the United Kingdom.

It will be the occasion for a new Hollywood film or TV series for sure.

Mezrich likes to tell the story of young “extraordinary” Americans whose insights fill them with money in a short time.

The writer has also done so with the bestseller “Blackjack Club”, in which he tells the story of six MIT students and how with the help of mathematics they were able to empty the casinos of Las Vegas. A book from which the film “21” with Kevin Spacey has been made.

Returning to the book “Bitcoin Billionaires” on the deeds of the Winklevoss twins, the book retraces the entire story of the two former Harvard students, as well as former rowing champions.

A project that failed, because no one wanted their money.

Keeping a balance between historical events and the novel, the writer also tells of a holiday in Ibiza, the European home of entertainment, chosen by the two young brothers to relax after their business failures.

The two Winklevoss brothers are said to have heard of bitcoin precisely on the Spanish island. But not only: they would have discovered it with the help of an unidentified “shady individual”, as Mezrich tells us, who would have suggested that they invest in bitcoin if they wanted to regain the notoriety that Zuckerberg had taken from them.

It was 11 April 2013 when The New York Times wrote about the investment of the two Olympic rowers. For many others, not a single line of news would have been written.

The Winklevoss twins are still the gossip types, even if they no longer own Facebook shares.

America’s most famous twins invested $11 million in the queen of cryptocurrencies.

To date, they are worth more than 700 million. In December they were worth over 1.5 billion dollars.

It is not known if they sold at the peak. What is certain is that they are engaged in a battle with the SEC to have their financial product with an underlying cryptocurrency recognized.

The book will be published in the USA by William Morris Endeavour and in the UK by Little, Brown.

Previous article Technical Cicle: The bear is back in the game
Next article USA Millennials drawn to cryptocurrencies