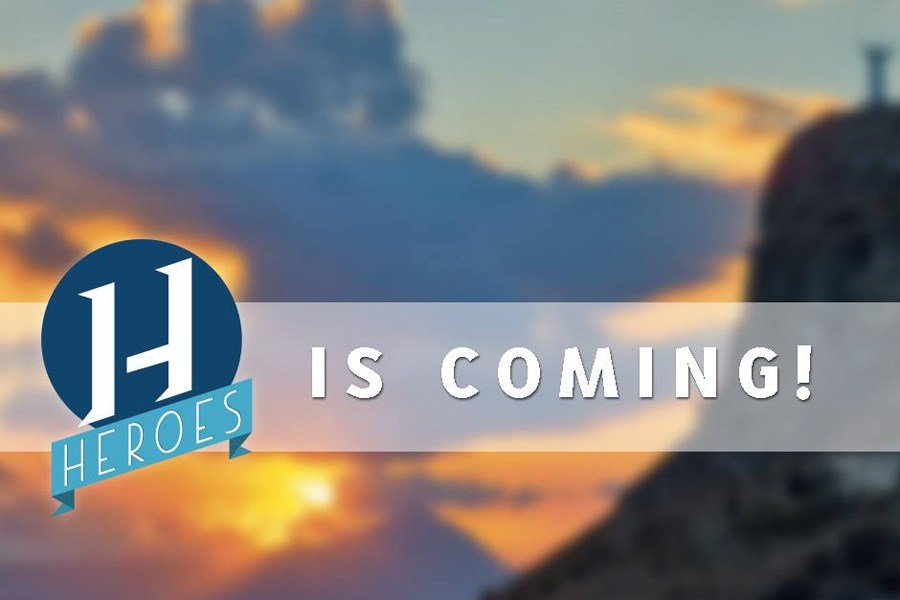 HEROES Meet In Maratea – The programme

Sea-view stages, boat meetings and concerts on the beach, Heroes Meet in Maratea returns, which for the third edition becomes a futuristic economy-themed city.

From 20 to 22 September 2018 in Maratea, the first euro-mediterranean festival dedicated to innovation, the future and business, this year faces the most controversial theme ever: “Money > Value”, the value and sense of money.

The Heroes event transforms into a small Davos in Southern Italy to welcome the most inspired heroes of our time: industry leaders, business angels, investors, intellectuals, creatives, managers and some of the most interesting startups in the sector.

Between the fintech workshops and the festival of economics, Heroes Meet in Maratea is the international meeting where to discuss cryptocurrencies, blockchain technology, investments, stock exchange, crowdfunding and sustainable economy, the impact of technology on production and how all this will change our lives and the geography of cities forever.

At Heroes we will try to analyse the theme “Money > Value” from a technical but also visionary point of view, in the light of the great changes introduced in recent years by the new ways of producing and exchanging currency.

A musical overture with surprise will inaugurate the festival that, year after year, never ceases to amaze. The first day will be introduced by meetings like Human face of money, the human side of money; Money, work, values, on the changes taking place in the world of work and Call for Money, five points of view on money, to invite the public to look at the economy from different points of view.

The startup competition will start with the pitch, followed by alternating lessons on crowdfunding by Mamacrowd and blockchain with the research team of the Bocconi University.

By the swimming pool, there will be most eagerly awaited guest, Pamela Norton, founder and CEO of Borsetta, the first blockchain platform that certifies diamonds and other jewels.

How much do the technologies that are changing our planet and at the same time our daily lives cost the community? The reflection of Marco Attisani, founder of Watly, will start the second day of technology, science and philosophy with The price of our future.

Then Daniel Ally, Ted Speaker coming from the USA, will teach how to become billionaires, Barbara Carfagna will interview Paolo Barletta, entrepreneur, investor and philanthropist as well as CEO of the Barletta Group, and Francesco Mantegazzini will interview Bob Dorf, one of the most authoritative experts in the world of customer development during the discussion Start up USA – Italy, a story about Silicon Valley and development models. What we can imitate and how we have to adapt to improve our business culture.

Another interesting guest, expected for the Faith&Money meeting, is Brian Grim, President of the Religious Freedom & Business Foundation, member of the board of the World Economic Forum and consultant on faith and geopolitics for the Tony Blair Faith Foundation.

Then the panel Symbiosis Vs Disruption will take place with Brian Pallas, CEO of Opportunity Network, where he will explain how to be part of an ecosystem and achieve symbiosis through a value chain, while Marco Trombetti, founder of Translated and Pi Campus, will lead the discussion How to be lucky: innovation and success.

Last but not least, the exemplary founder of Eataly and Fico will conclude this intense second day with the appointment not to be missed: Oscar Farinetti and the challenges of agriculture.

Crowdfunding for breakfast. The third and final day of the festival will open with a special interview between John Biggs, editor of TechCrunch, and Yancey Strickler, founder of KickStarter, the world’s largest crowdfunding platform, which has funded over 150,000 projects, involving more than 15 million people.

While the startup competition will start the final phase with the contest “Startup a tavola” and the award ceremony, the journalist Arcangelo Rociola will talk with some entrepreneurs such as Enrico Pandian, founder of Supermercato24, Fabio Cannavale, CEO of lastminute.com, Ugo Parodi Giussino, founder of Mosaicoon and others, on the role of the media in the development of startups in Italy during the discussion Exalted and depressed: Italian startups challenged on the communication issue.

Another of the heroes not to be missed in this edition is certainly Alex Deans, a young serial inventor named The Queen’s Young Leader by Queen Elizabeth II at Buckingham Palace in June 2017, who will talk about artificial intelligence and self-driving cars.

From human to superhuman, Martin Wezowsky, Chief Designer at SAP, will then reflect on how technology improves our lives.

A series of panels entitled Crypto unveiled. Cryptocurrencies from A to Z will explain everything there is to know about digital currencies, in order to learn, invest and do business, with special guests such as Miko Matsumura, founder of Evercoin Exchange. Finally, we enter the heart of fintech with Roberto Ferrari, Digital Banking & Fintech Maker, Paolo Sironi, IBM Industry Academy, and George Thomson, manager for Italy of the English startup, Revolut, in a conversation about the transition from traditional banks to apps and about what is happening and what has changed.

Money, but above all Value. Heroes looks at the economy and business through the eyes of man, in search of human and economic value in the world in which we live.

In closing, Vandana Hart, dancer and creator of the documentary released by Netflix, We speak dance, takes us on a journey through the different arts to reflect on the value of the currency most dear to humans: expression.

Meetings, hackathons and workshops will take place at a frenetic pace during the three days of Heroes Meet in Maratea, which will be followed by equally effervescent nights, starting with the opening night with Daddy G, founder of Massive Attack and promoter of that “Bristol sound” that has conquered the world.

Heroes Meet in Maratea – Promoted by SCAI Comunicazione, Atomica and Associazione A Mezzogiorno

Previous article Blockchain Cruise event, on stage: Ver, McAfee and Pierce
Next article The SEC prohibited the Ether and Bitcoin Tracker One tools