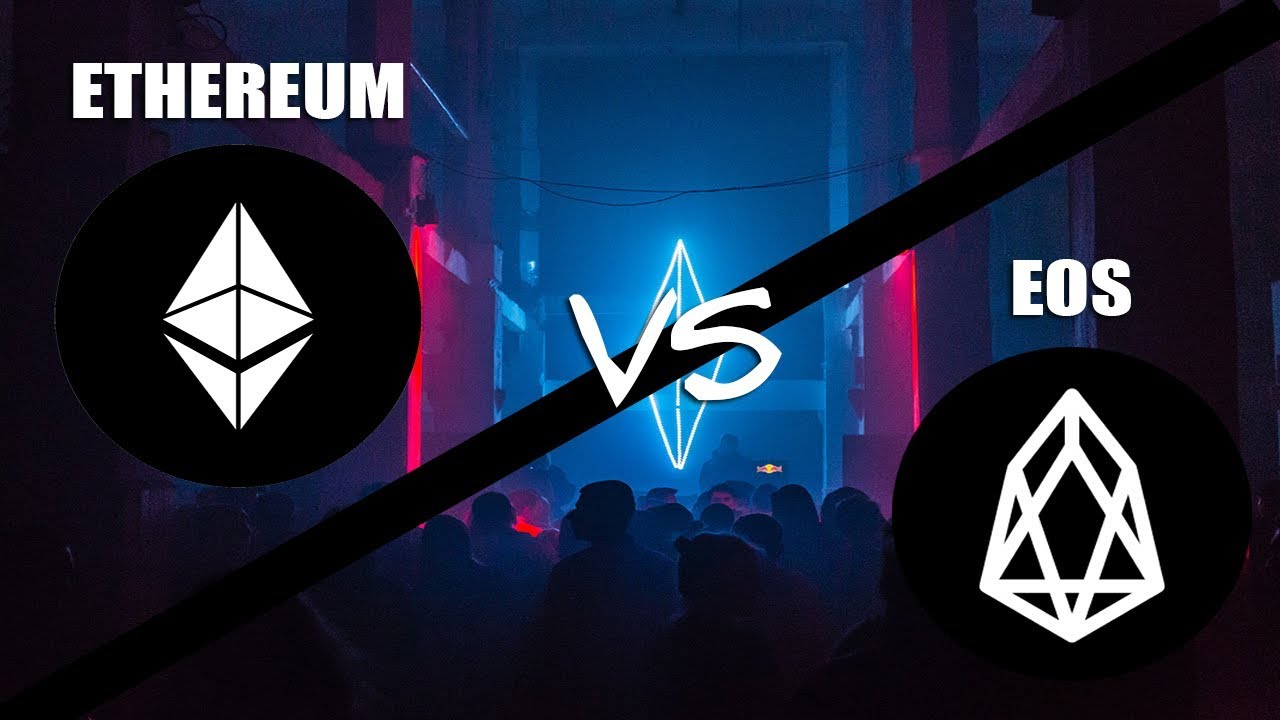 Ethereum vs EOS, the two blockchains are competing for the title of the best mainnet for the development of DApps.

The EOS mainnet was activated only three months ago and already has over 200 applications, some live and others in development. To make a comparison, there are about 1800 DApps created on the Ethereum network, but these have been accumulating over the course of three years.

So, the Ethereum blockchain, which was launched on July 30, 2015, has certainly not reached an initial adoption level comparable to that of EOS, although it should be noted that it was the first platform for decentralized applications.

EOS is growing so fast that it could soon outperform its main competitor.

There are some factors that are contributing to this overtaking: for example, the speed of EOS is over 4000 transactions per second (TPS), with almost no fees and with better security.

It is therefore not so strange that there are already dApps that chose to migrate from Ethereum’s blockchain to that of EOS.

This is certainly not an easy choice because you have to translate the code from Solidity to the C++ programming language, but this difficulty seems to be overwhelmed by the future benefits.

Ethereum vs EOS, all the apps that have migrated

One of the first projects that chose EOS as its platform after initially considering Ethereum, was the Italian startup Unico. After a first version of the smart contract created for Ethereum to issue collectables, sell them and allow decentralized trading between collectors, the team decided to move to EOS.

In less than two weeks from the release of the DApp, Unico has reached over 2000 downloads and aims to “become the point of reference for NFTs on EOS” as stated by Ivan D’Ettorre, Unico’s CTO. Smart contracts have already been published on the testnet and mainnet, but the team expects even more downloads as soon as the tokens are released and the airgrabs and airdrops start.

Medipedia (MEP) is an app dedicated to healthcare. By eliminating intermediaries between patient and health services, Medipedia stands out as an important player in the growing health tourism sector.

The application uses blockchain technology to automatically link the patient with health-related services. Medipedia was originally based on Ethereum but, after a careful analysis and comparison of the two blockchains, the team decided to develop the project on EOS because the “scalability and transaction speed on the Ethereum network is limited“.

The startup wanted to look to the future and stated on their blog that “as the Medipedia network grows with time, the Ethereum smart contract framework will not be ideal for Medipedia goal of delivering real-time global standard health services“.

On July 10th, Tixico announced the migration of its DApp from Ethereum to EOS. Tixico is a platform that allows buying tickets for events such as sports and concerts.

Tixico lists the advantages of the EOS platform and explains the reason behind the decision on their blog: “Although Ethereum is widely used and for many that is the obvious choice in the market as it has many great smart contract abilities, meanwhile the transaction speed is considerably lower than what our platform would require. This is one of the things we saw as an issue and had to do something about it”.

Usually, when a new blockchain is launched, the first applications to appear are those related to gaming, and EOS is no exception. And, for example, as mentioned several times in the past, some casinos accept cryptocurrency.

EOSBET is a startup that started on Ethereum but later chose EOS for the greater volume of transactions. In a week EOSBET reached 18.1 million transactions, a number that Vitalik Buterin’s blockchain cannot support at the moment.

Already in February, and even before the launch of Larimer’s mainnet, EOSBET had released beta versions of games. The team behind the dApp commented on the reason for the project’s migration, saying: “The well-documented shortcomings of the Ethereum network have created no shortage of issues we’ve had to deal with over the past few months. Simply put, our players deserve a much better user experience than what can be offered on Ethereum, and we’re building that on EOS“.

EOSBET aims to become an online casino, they write in their blog: “Ethereum can barely support a simple gambling DApp, let alone a commercial-scale casino“.

Billionaire, which was previously based on Ethereum’s ERC20 standard, also chose to move to EOS.

The Insights Network team wrote that “although Ethereum has plans to increase their current limit of approximately 21 transactions per second (specifically, Casper, Plasma and Raiden), we were attracted to the EOS team’s mentality of building a blockchain that was designed to scale from the start“.

Increased scalability, a large developer community, security and commission-free transactions were the main factors for this decision.

In addition to the projects mentioned, there are also others who, after evaluating other blockchains such as Lisk, Ark, Neo and Icon, have chosen EOS.

Sentinel Protocol, for example, a B2B market that aims to provide financial services to all underbanked people had moved to ICON, but later moved to EOS and the team stated that the choice was necessary because of a setback in the ICON roadmap that did not reflect their development schedule.

With such a young but already popular mainnet, a real user boom can be expected as soon as Daniel Larimer finishes building his social platform on EOS. The developer also hopes that his idea of Universe Basic Inheritance (URI) will lead to mass adoption.

On the other hand, EOSfinex, a decentralized exchange of Bitfinex, has already announced that, during the Blockchain Live event in London on September 26th, there will be the official presentation of the beta version of the platform.