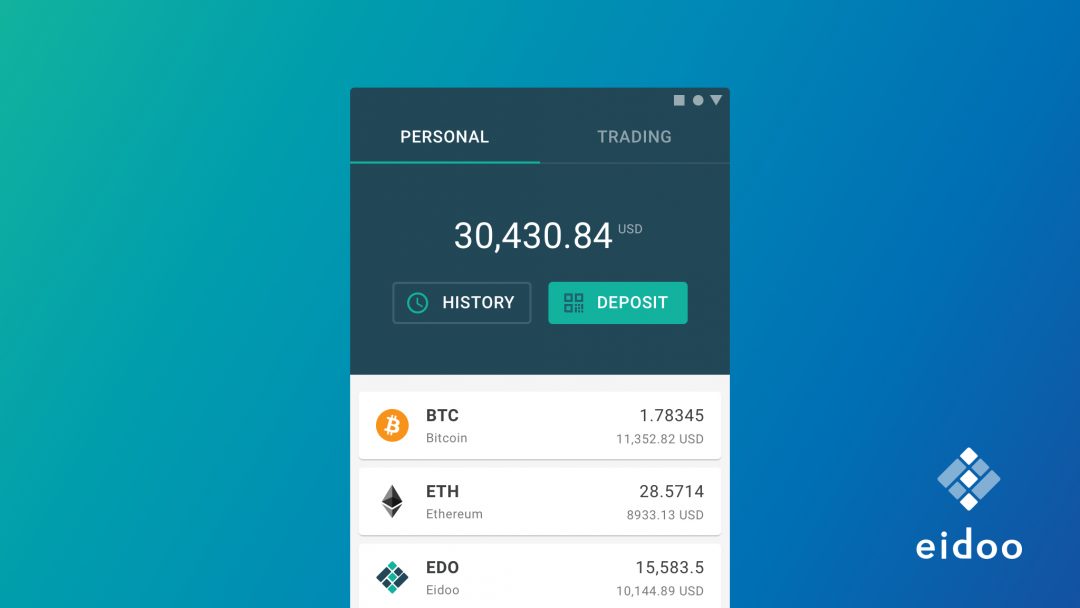 Eidoo is a Swiss app project for both mobile and desktop that allows storing crypto within a decentralized wallet and converting them thanks to a hybrid exchange that combines the security and transparency of Ethereum’s decentralized smart contracts with the user-friendliness that is typically offered by traditional and more centralized platforms.

Since then, in addition to the wallet that now has more than half a million downloads and the hybrid exchange (for now on a separate app), the team has launched the ICO Engine, the stable coin Ekon and the blockchain digital identity system called Eidoo ID, all with a team that currently has more than 20 people.

The ICO Engine has launched major ICOs such as ETHLend, Aidcoin, Pigzbe and many others.

Since the ICO ended, the team has expanded and the holding company Poseidon has been created, which includes dozens of other startups including CryptoLab, Sgame Pro, Wallem, and many more.

Thomas Bertani, Director of Eidoo, explained: “The work we’ve done over the past year with Poseidon aims to lay the foundations for a scalable ecosystem. The companies that are part of the group work synergistically with the aim of bringing to success the various nuances of our main project, Eidoo”.

The performance of the EDO token

Eidoo marks – at the time of writing of this article – a price of $1.30. If you consider the 35% of airdrop given to the token holders and to those who participated in the ICO back in October 2017, we are now at $1.75, the price at which most of the tokens were sold in the pre-ICO phase.

At that time ETH was at $300, while now it’s worth $200, so the performance of EDO is higher than that of ETH and those who invested in EDO had a higher return than they would have had if they had held Ether.

All this is to be considered in an environment where 86% of the ICOs, as revealed yesterday in a report by Ernst & Young, have failed.

Previous article Gavin Wood announces Substrate, the platform for DIY blockchains
Next article SEC, here are the factors for the approval of bitcoin ETFs