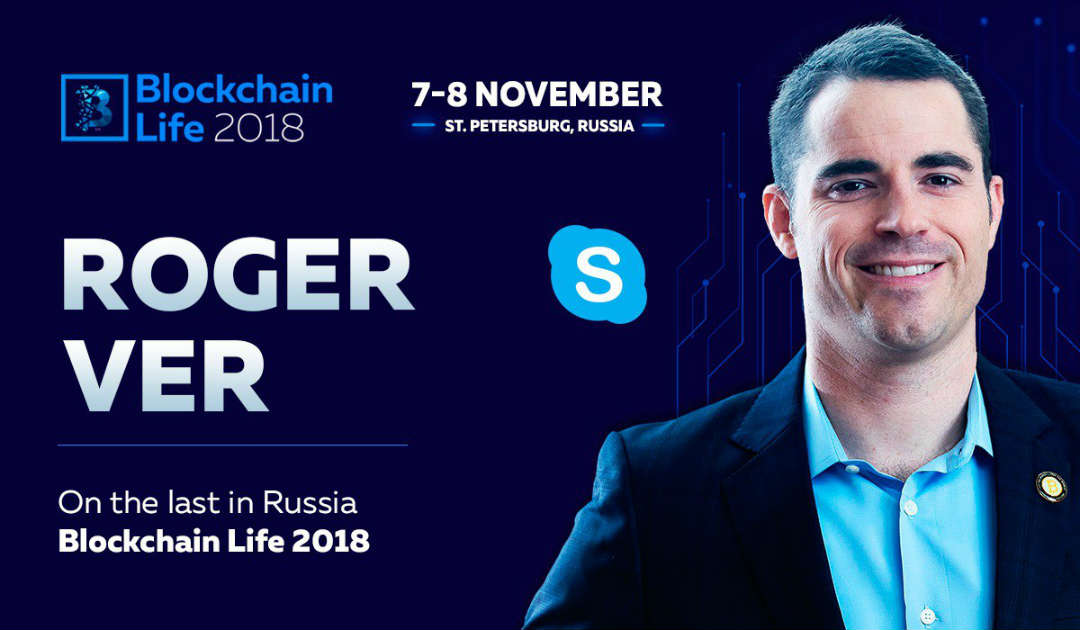 Roger Ver will perform at the Blockchain Life 2018 forum

Founder of Bitcoin.com and blockchain.info, Roger Ver, one of the world’s leading cryptocurrency supporters, will deliver an exclusive report at the largest Blockchain Life forum in St. Petersburg, Russia, November 7-8.

Since 2011, Roger has invested over a million dollars in new startups related to cryptocurrencies, including Ripple, Bitpay and Kraken. Ver’s Memorydealers company was the first who accept bitcoin as a payment.

For his active propaganda of Bitcoin, he received the nickname like a “Bitcoin Jesus”. Today, Roger is one of the most famous people in the world in the cryptocurrency and blockchain industry.

His speech as a speaker on the Blockchain Life 2018 forum is: “How will cryptocurrency change the world?” Roger is sure that Bitcoin is the best form of financial resources that has ever existed in a whole world. Despite many obstructions in its own way, it will be able to significantly improve the life of every person.

Hurry up to visit the last Blockchain Life forum in Russia and see Roger Ver’s skype performance only November 7-8 in St. Petersburg. The next Forum will be held at a new place, in another country.

The forum will bring together owners and representatives of the world’s leading companies in the industry and government structures on one platform. More than 5,000 participants are expected.

For tickets, you can visit the official website here: https://blockchain-life.com

Previous article Is the supply of Ethereum limited like bitcoin's?
Next article IBM travels on the blockchain with Travelport