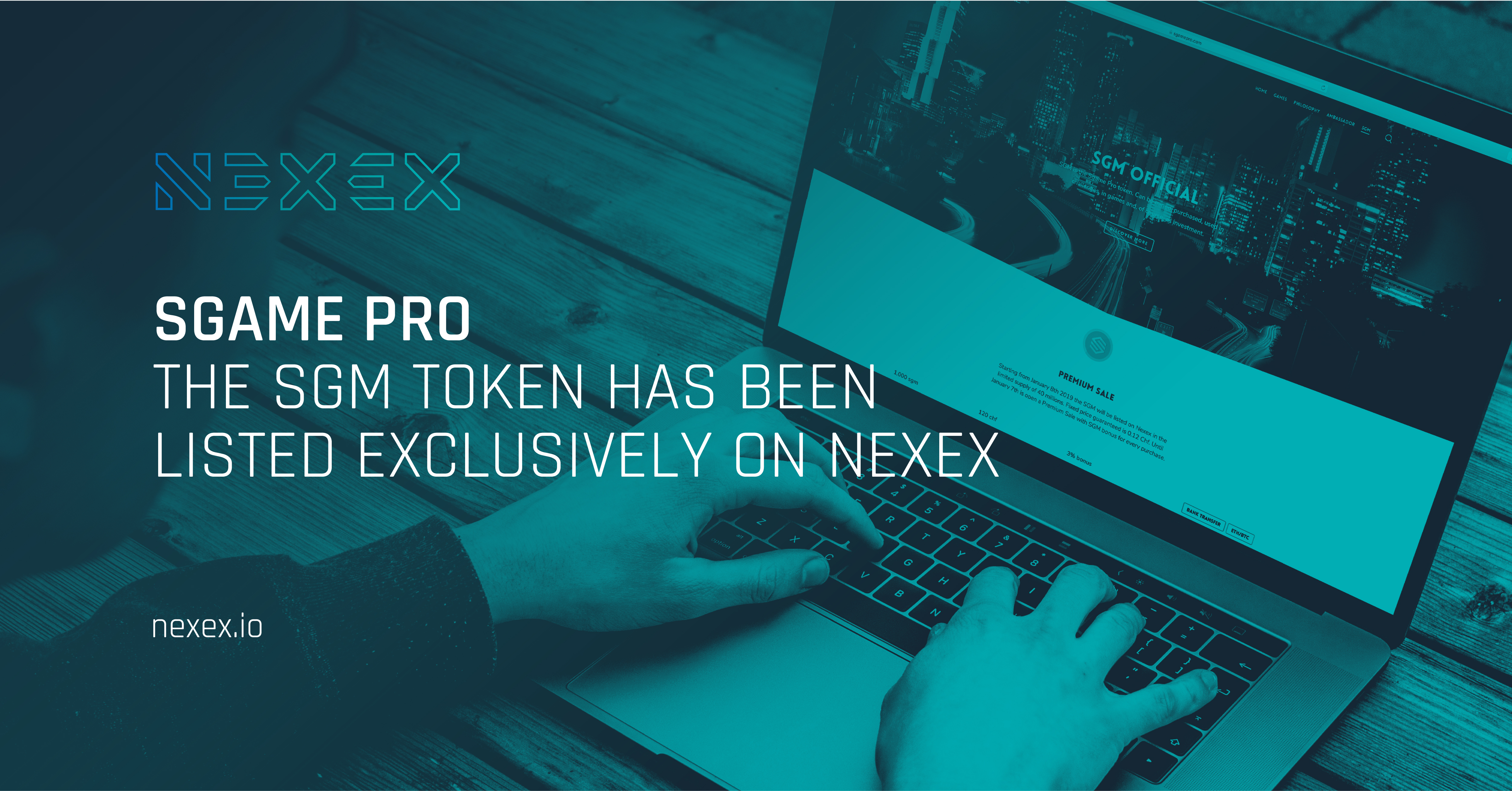 The SGM ERC20 token from Sgame Pro has been listed today on the Nexex exchange starting from 5 p.m. (CET).

After deciding not to do an ICO, the Sgame Pro team chose to list the SGM token on the Maltese trading platform for a value of 0.12 CHF, as explained by Giampietro Cutrino in a recent interview.

“The listing of our SGM token on Nexex will be at a guaranteed minimum price of CHF 0.12 but without bonus: if the price goes below CHF 0.12 we commit ourselves to make purchase orders and buy them back. There are 30 million tokens available on Nexex and 10 million in the premium sale“.

Sgame Pro, how does it work?

The team, based in Lugano, has already published the app on the App and Google Play stores, so it’s available for all mobile devices that are iOS and Android.

Currently, the Sgame Pro app is an “app-teaser”, where users can keep up to date with the breaking news regarding the project and receive daily SGM tokens, but without being able to move them or trade them on exchanges like Nexex. This feature will be implemented from March 9th.

For the real Sgame Pro app there will be a soft launch on January 15th. The app will be available for download around the world but there will be a limit on the availability of downloads: 2000 for iOS and 3000 for Android.

The Sgame Pro app is the core business of the project: playing several popular mobile games will allow “mining” SGM tokens, which will then be spendable for in-app purchases or external services such as, for example, subscriptions to Netflix or Spotify.

Among the ambassadors and team members of Sgame Pro, it’s impossible not to mention PewDiePie, the top influencer in the gaming world that will publish a video on his official YouTube channel on February 25th.

Previous article Bitcoin on the rise: the cryptocurrency market has a good start of 2019
Next article The ETC bug drags the prices in negative territory
Ilaria Stirpe