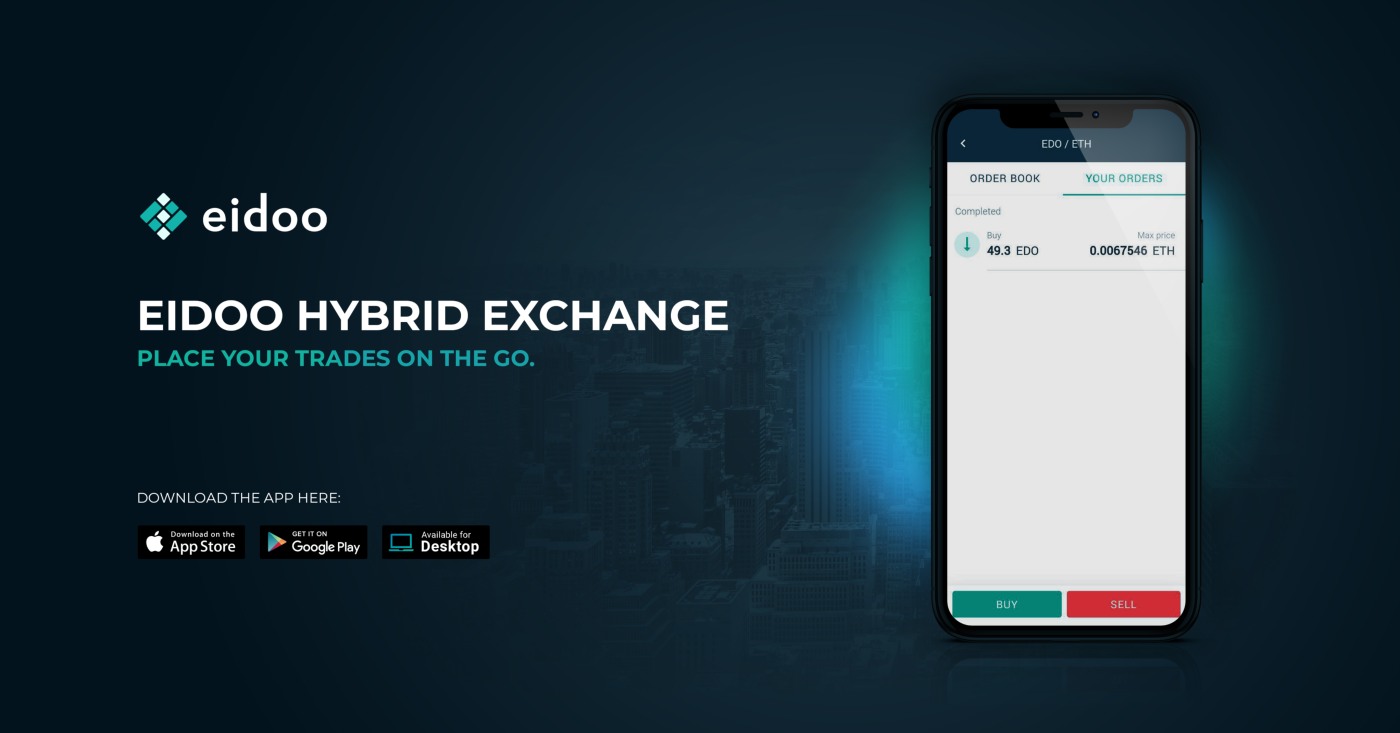 Eidoo app: the Hybrid Exchange is here. Tether among the first tokens listed

Today, Eidoo announced the official release of its Hybrid Exchange on the app available for iOS, Android and desktop.

With the Eidoo Hybrid Exchange, users can now buy and sell cryptocurrencies and tokens in seconds, while maintaining the high standard of security offered by a decentralised exchange.

Previously, this exchange was available on a dedicated app because it was being beta-tested. Now that the beta testing phase of the Eidoo Hybrid Exchange is over, the functionality has been integrated into the official Eidoo app, thus offering a single and simple solution to store and trade cryptocurrencies at all times.

This Eidoo Hybrid Exchange does not require users to complete the “Know Your Customer” (KYC) process since the trading platform is based in Lithuania. However, as the official release explains, there are a few exceptions in the case of ICOs or tokens based in Switzerland.

The two wallets within the app will be separated: the Personal Wallet to store funds and the Trading Wallet where users can deposit and withdraw funds to and from their Personal Wallet.

The reason why it is defined as “hybrid” is because the exchange combines a centralised part for the management of the order book – in order to avoid the so-called front running – and a decentralised part.

Decentralised because it gives users total control over their funds, thanks to the fact that Eidoo does not store private keys on its servers.