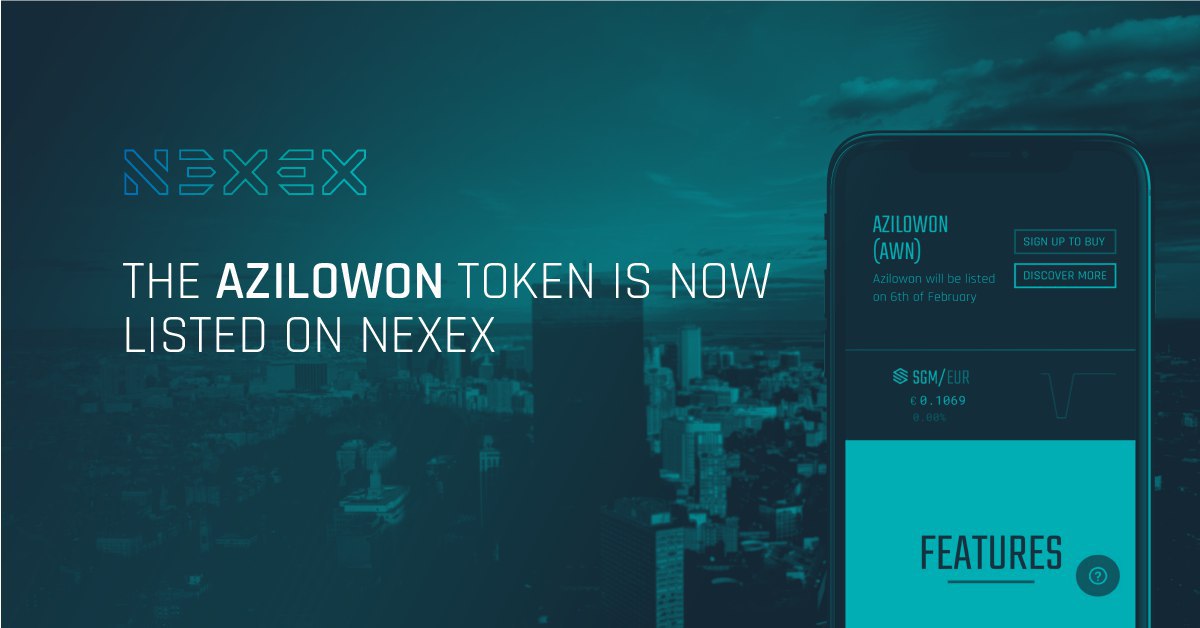 After raising $10 million in pre-sale, the token from the Korean Azilowon project has been listed on the Maltese exchange Nexex.

The pre-sale took place a while ago – it was completed at the end of December – through the Eidoo app and its ICO Engine platform.

Given the amount collected, Azilowon decided not to continue with the actual ICO, but to get listed directly on Nexex.io.

AWN was launched by the company 7MarketPlace, an e-commerce business that allows using the token for discounts, exclusive products, lower transaction costs, speeding up shipments and much more.

Nexex has listed Azilowon with the bitcoin and euro trading pairs. In addition, the Maltese exchange has also listed bitcoin (BTC), Ethereum (ETH), Eidoo (EDO), Sgame Pro (SGM) and Grin on its platform. To get discounts on Nexex fees it is important to own some EDO tokens, as explained on the “VIP Level” page of the exchange.

Previous article Crypto360: the Crypto Custody service that allows passing on wallets
Next article Italy, surety policies go on the blockchain in the City of Bari