Can Islamic finance be cryptocurrency friendly?

The Sharia-compliant Islamic financial systems – that is, Islamic Banking – were conceived in the 1970s and are gaining more and more ground in the sector, given their potential to attract a very large number of clients, since Islam is the religion that is spreading fastest in the world.

Even traditional banks and financial institutions are opening – or intend to open – a branch that deals with Islamic Banking to expand their range of services.

However, what makes Islamic Banking extremely fascinating is the crossover between the financial services it offers and the Islamic Canon Law, the Sharia.

In fact, the principles on which Islamic finance is based are born to avoid any form of haram activity (harmful) – such as the charging of interest on transactions, considered a form of riba (usury) and, therefore, religiously unacceptable.

In this case, the bank limits itself to charging a price higher than the actual market value, as it represents the risks that the bank assumes in undertaking the transaction (this is particularly true in schemes of the murabaha type, where the client entrusts the bank with the purchase of an asset on his/her behalf).

Moreover, financial institutions of various kinds cannot invest in industries such as alcohol, pork, gambling or pornography and must ensure that ambiguities and speculation in contracts and transactions are minimised.

Nevertheless, the most interesting feature of Islamic finance is the emphasis on transactions that represent exclusively a physical good. Therefore, new developments in the crypto-finance world are seen as hostile to Sharia, as cryptocurrencies are an artificial and virtual product, born from modern finance, rather than a traditional physical good.

Since cryptocurrencies are the object of speculation, it would seem unacceptable that they could be subject to the laws of Islamic commerce.

However, attempts to bypass these rules have already been explored, even with some degree of success. OneGram, for example, has designed a virtual currency of the company’s same name (abbreviated as OGC, OneGram Coin) backed by at least one gram of gold per coin.

This means that the company trades a physical good – and, in particular, a traditional good for the history of Islamic trade – through the exchange of cryptocurrency. Many companies have followed the example, such as the Malaysian HelloGold.

Other companies, such as Halal Chain, have created cryptocurrencies not connected to a gold reserve, but to data on goods admitted by the Islamic religion. In addition, HelloGold’s CFO, Manuel Ho, has also introduced an important function for the company’s cryptocurrency. The HGT, in fact, foresees only transactions that take place in a certain period of time, making them less precarious and dealing with problems of price ambiguity, which are inappropriate for an Islamic financial company. 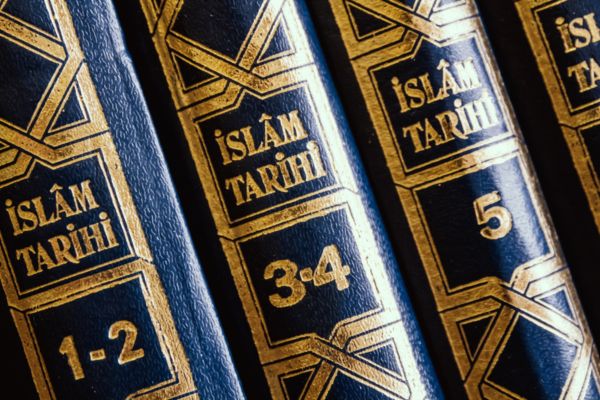 Therefore, cryptocurrencies in compliance with Islamic trade rules already exist, even supported by consulting firms that help companies to understand whether their instruments are suitable for Islamic law or not. This is the case with companies such as Al Maali Consulting, based in Dubai, and Amanie Advisors, based in Kuala Lumpur.

However, although consulting firms can provide their services and approve a company’s financial operations, local governments do not have the power to establish certain standards for finance and the Islamic banking system. This leaves the debate in the hands of a class of ‘experts’ in Shariah and Islamic finance. Some – such as the Darul Ihsan Centre, based in Durban, or Shawki Allam, the Grand Mufti of Egypt – believe that cryptocurrencies are not religiously acceptable, while others – such as Monzer Kahf, an academic and textbook writer on Islamic Banking based in California – believe that they are a legitimate tool (even if subject to manipulation) and consider cryptocurrencies to be acceptable.

As Farrukh Habib – research officer at the International Shariah Research Academy for Islamic Finance in Malaysia – would say, there are hundreds of virtual currencies, each with its own peculiarities, and there simply cannot be a single “legal standard” for all of them.

However, the involvement of religion does not hinder the development of possible Islamic cryptocurrencies, and it has already been seen how crypto banking can give space to an Islamic crypto-banking and crypto-financial sector. In 2015, Charles W. Evans – Associate Professor of Finance and Economics at Barry University – writing in the Journal of Islamic Banking and Finance, affirmed that cryptocurrencies actually conform to the prohibition of riba and incorporate the principles of maslaha (social benefits of positive externalities).

In many Islamic countries, the main cause why many do not have a bank account is the lack of a banking network or extremely expensive intermediate services. In this sense, a financial system based on cryptocurrencies could include this part of the population, the only requirement to begin trading and exchanging money on an equal footing with other users is access to the Internet.

Financial services based on the use of smartphones such as M-Pesa in Kenya, demonstrates the potential of such virtual services in societies otherwise based only on cash, as illustrated by Yousuf Ikram, Head of Credit Risk and Basel at the Dubai Islamic Bank.

In conclusion, we would like to quote the words of Mr Ikram, who provides a considerable summary of what could be the future of cryptocurrencies in the world of Islamic Banking:

“So in conclusion, Ethereum and other cryptocurrencies underpinning Blockchain developments do appear to have very favorable conditions geared towards Islamic finance given their lack of reliance upon debt, the lack of investor/borrower control and the mutually aligned profit and loss sharing of the funding process of crowd sales. More importantly, Blockchain is a perfect medium to incorporate and operationalize Islamic values of justice, equality, trust and fairness into finance which embodies the spirit of the Shariah“.

Previous article How does MimbleWimble work?
Next article The top 10 countries with the most Bitcoin nodes

Marco Rossi is a freelance journalist. He holds a master form the London School of Economics (LSE) in “China and Comparative Perspective” and he is also Co-Founder of the Informal Network of the Restless.