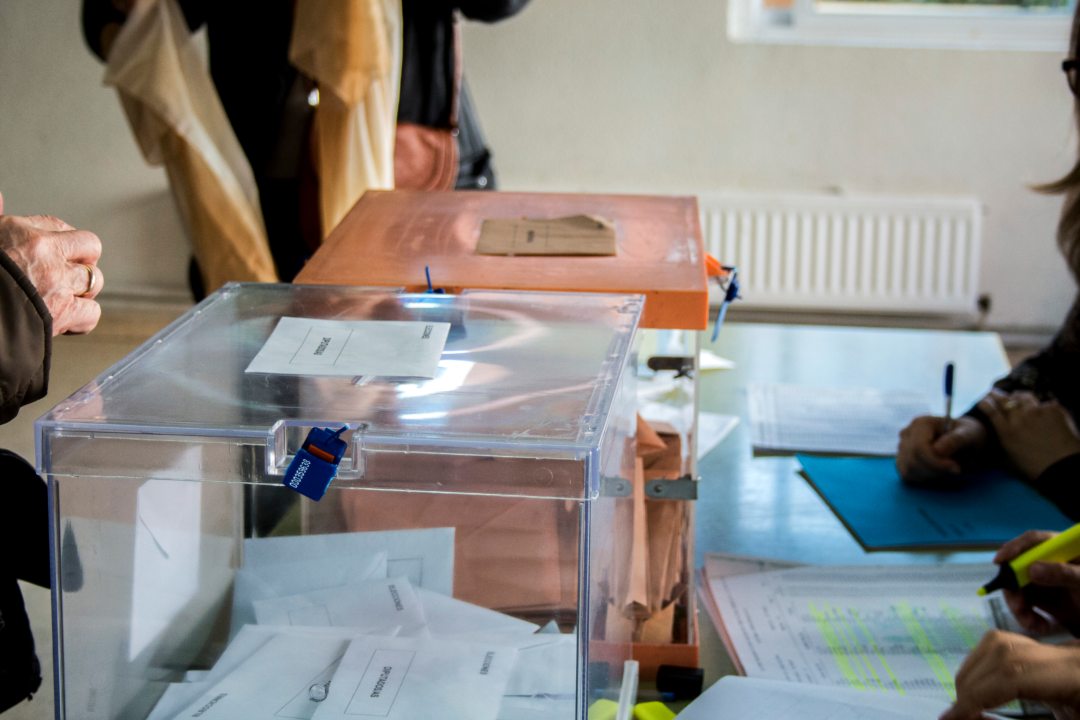 Voting in the days of Blockchain technology

Voting is the central pillar of a democratic society.

Many of society’s resources have been spent to facilitate the exercise of these civil rights. For example, the 2013 parliamentary elections in Italy cost around €389 million.

Traditional voting systems, such as those currently used in Italy, are not only very expensive but also obsolete, as they are subject to all kinds of problems.

It is enough to think of the electoral frauds that are denounced in every round throughout the country, usually without having followed the judicial process, leaving the electoral results unaltered and inevitably compromised.

In traditional electronic voting systems, electronic machinery is used to facilitate voting operations. The preferences collected are then typically sent in some way to a central server that calculates the election results. In this type of architecture there are many security problems, such as the presence of hackers who can intercept and alter communications.

Moreover, given the close-source nature of the software used in voting systems, it is not possible to verify the presence of errors that could compromise the electoral results o even understand the causes of the errors.

Voting on the Blockchain

Thanks to new technologies, however, it is thought that it may be possible to definitively curb the phenomenon of electoral fraud and vote buying. The technology that can support this revolution is the blockchain.

Charlotte van Ooijen, policy analyst for the OECD (Organisation for Economic Cooperation and Development), is also of the opinion that blockchain technology “could potentially lead to new ways to ensure the integrity and inclusiveness of the election process“.

Blockchain provides a reliable, digital and decentralised way to generate cryptographically secure records, which also preserves the anonymity of participants while remaining open to public inspection, but there may be another side to the coin when it comes to using a public and distributed ledger such as that of Bitcoin.

The problems of applying the blockchain in voting systems, however, are many and still unresolved. For example, the fundamental problem is to identify the people who have the right to participate in the vote. For example, could a person be a minor or not have the right to vote for other reasons and how can we know if they have not voted?

Also, how can one be sure that there have not been multiple addresses created to vote multiple times? For example, if the state provided a specific address for voting, the person would then be identified, and anonymity would be lost, with potential problems of corruption.

Government Blockchain applications are varied in nature and include digital identity, court decision storage, school building financing and money raising, marital status, e-voting, business licenses, passports, criminal records and even tax records. In the Netherlands, for example, there are as many as 30 government organisations that have concluded or set up a blockchain project. 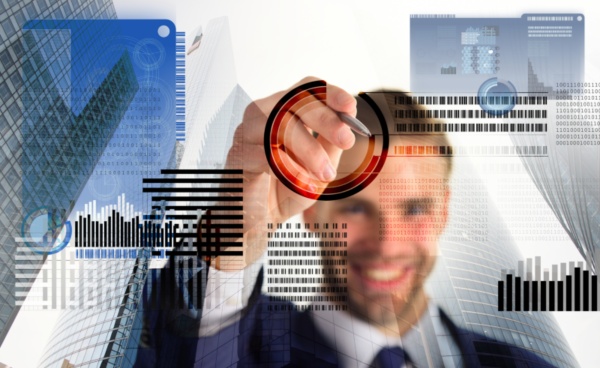 The electronic vote on blockchain around the world

With regard to electronic voting, in recent times many countries have been considering the blockchain. For example, the Swiss-based company Agora simulated the use of their system when counting votes in government elections in Sierra Leone in March 2018.

Agora, has been granted permission by the National Electoral Commission of Sierra Leone to act as an international observer at 280 of the approximately 11,200 polling stations. Sierra Leone’s election officials recorded their votes on paper as in any other election.

Then, Agora’s team recorded those same votes in their blockchain. Later, they published these results on their website. Essentially, Agora’s participation in the elections in Sierra Leone was a concept test experiment to prove that they could register an election and achieve the same result as government officials.

In Tsukuba, Ibaraki Prefecture, a new online voting system was introduced based on the My Number identification system, a 12-digit ID number issued to all citizens of Japan, including foreign residents, introduced in 2015, which uses blockchain technology. The system allows voters to vote via a computer display after placing the My Number card on a card reader.

Blockchain technology has been used to avoid any kind of interference in the voting process and to avoid falsification of results. In this case the voting system was used to select proposals on projects in the social field. Residents could choose which of the 13 proposed initiatives they would like to support, including the development of a new cancer diagnostic technology, the construction of outdoor sports equipment and the creation of sound navigation in the city.

The mayor of Tsukuba said he thought that the voting procedures would be more complex, instead they were minimal and easy. However, some problems emerged, including the fact that many voters did not remember their passwords when voting and that the vote count may have been inaccurate. Prof. Kazunori Kawamura, on the other hand, stated that it is likely that administrative organisations and electoral commissions will have difficulty introducing these systems because of errors and concerns.

In the town of Zug, Switzerland, the blockchain voting system was tested to make citizens decide how to manage fireworks in the city.

The experiment involved 240 residents but only 72 took part in it and was composed of two questions, one on the management of fireworks and the other on the new voting system. Almost all participants, with the exception of 3, stated that they considered the process for electronic voting through the smartphone to be simple. In addition, 22 respondents said they were prepared to fill in their tax returns using, for example, their “digital identity card”. Another 19 participants imagined that they could pay parking fees using the same system. The system tested in Zug involves encrypting the data and storing it in two computer centres in Switzerland and one in Ireland. This serves to increase the security and robustness of the system.

In Italy, the focus on blockchain technology is finally proving to be increasingly high, just as it is happening in other countries globally. This is an indicator of how the introduction of new processes and methods supported by innovative technologies, both in the Italian public administration and in the industrial sectors, could act as a driving force for a profound renewal.

The Italian situation regarding the use of blockchain technology, today sees in fact several initiatives aimed at increasing the level of attention and to perceive the potential of this technology.

In September 2018, the MISE (Ministry of Economic Development) launched a call for experts that led to the selection of 30 members with professional polymorphous skills, to explore the questions that will emerge from different points of view.

To support this governmental commitment, there is also an act approved by the Chamber of Deputies which sees as its first signatory the Hon. Giuseppe Brescia (M5S), President of the Committee on Constitutional Affairs of the Chamber.

This act commits the government to establish a technical discussion table between the Ministry of the Interior, the Agency for Digital Italy, the Guarantor for the Protection of Personal Data and the Ministry of Public Administration for the adoption of guidelines for the testing of electronic voting through the use of blockchain technology in the field of electoral procedures and expression of the right to vote.

On the Rousseau platform made available by the 5 Star Movement, there is a function called “Lex Enrolled“. Through this function, registered users of the platform can write proposals for legislation that are submitted to the scrutiny of all registered users. One of the proposals approved by the subscribers is the proposal for a citizens’ initiative law on safe and certified digital voting using blockchain technology.

The proposal provides for the introduction in Italy of mechanisms for digital voting, based on blockchain technology. In this way, both the integrity and secrecy of the vote can be preserved, but guaranteeing inspection. Work on this proposal will soon begin in the Constitutional Affairs Committee of the Senate, and then the proposal will be brought into discussion in the Senate.

Furthermore, on 22nd January 2019, the legal validity of blockchain transactions and smart contracts was made official. As reported by Il Sole 24 Ore, an amendment to the Simplification Decree, first signed by Stefano Patuanelli (M5S), includes for the first time in our system technologies based on distributed ledgers such as blockchain and a definition of smart contract.

The definitions have been included in the conversion into law, with amendments, of Decree-Law no. 135 of 14 December 2018, as found in Law no. 12 of 11 February 2019. This is the seed that will allow in the near future to bypass notaries and central certification bodies, since smart contracts will be given the same validity as written contracts.

Appointment at the Chamber of Deputies on March 12, 2019 to take stock of the situation on the digital vote, in the event entitled “E-VOTA!” organised by the Chairman of the Committee on Constitutional Affairs Giuseppe Brescia (M5S). A debate will be opened highlighting potential to be exploited and critical issues to be addressed, also in view of possible regulatory interventions and trials. Representatives of the institutions and experts who will bring their concrete experiences will participate. Also with voting simulations.