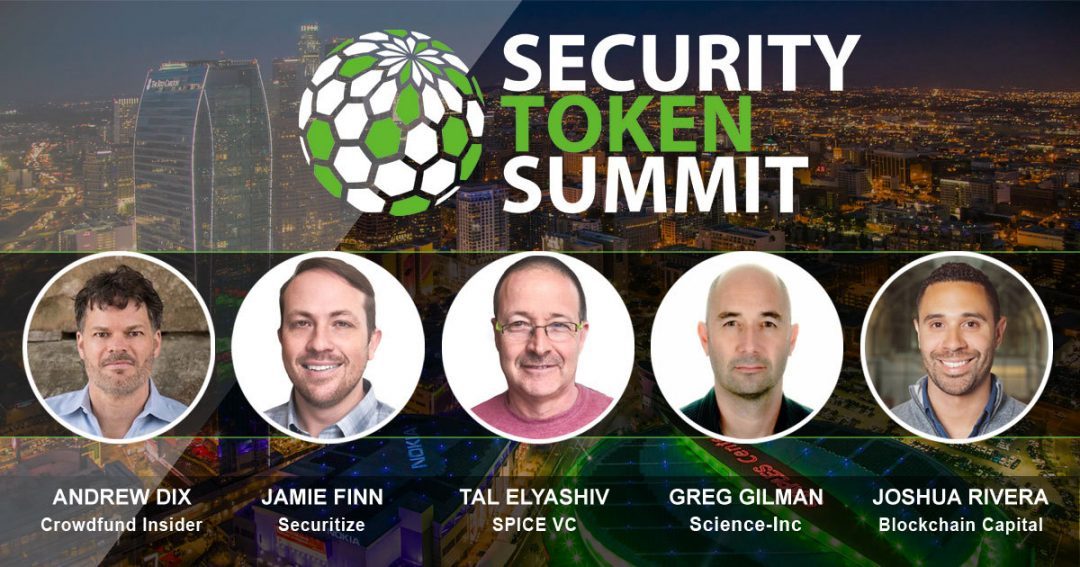 SOME OF THE EARLIEST SECURITY TOKENS WERE TOKENIZED VC FUNDS

In late 2017 and early 2018, around the same time that the biggest bull run in the history of digital currency came to an end, a much quieter evolution in digital securities started to take place: the tokenization of assets by four VC Funds known collectively as “The First Four.”

Founders and other executives from these four VCs will join us this April 8 at the Ritz Carlton in Los Angeles for the Security Token Summit.

VCs started to tokenize funds surfaced because it allowed processes to operate more efficiently for a number of reasons, most of which have to do with increasing access to capital and streamlining interaction with investors.

Both VC firms and investors realized that digital securities are more secure, have higher liquidity, and allow for features such as easier exit payouts for investors. That is the case with Spice VC, one of the sponsors of CIS and Security Token Summit, who raised $15-million with a security token that is trading on the OpenFinance Network. Spice VC is registered in Singapore, and it is one of the first tokens to be traded on a regulated trading platform in the United States.

Security Tokens Increased Access to Opportunities Previously Inaccessible for Most

Security tokens became an easy crossover point to transition into for VCs because they provided liquidity and easy access to what was previously an exclusive investment vehicle.

Jamie Finn, President of Securitize, made this point clear:

“It’s simple really, venture capital is illiquid and hard to access, security tokens are liquid and easy to buy, this coupled with an attractive asset class made it interesting to investors. Venture capital is an asset that is usually out of reach of most investors and this coupled with the high returns that can come from this sort of asset made it an ideal crossover asset to the crypto-curious crowd of late 2017/ early 2018.”

Providing a Proof-of-Concept Alongside Access to More Investment Opportunities

The tokenization of VC Funds provided an easy way to demonstrate a Proof-of-Concept while delivering access to more investment opportunities, according to reporter and founder of Crowdfund Insider, Andrew Dix.

“Creating a security token for a venture fund is a great way to show proof of concept while providing access to a diversified portfolio of assets – especially in a sector that is so volatile. Just like single asset tokens, creating a smart asset can make it easier to manage the fund and the investors. It can also enhance the prospect of liquidity. As for what’s missing, I think there is a lot to come as we are still in the early days. It is going to take some time to figure everything out.” said Dix.

“Liquidity and global capital formation are the primary benefits, but there is a lot more that people don’t consider like transparency. It’s usually very hard to know the NAV of a venture fund, but in a tokenized world it’s easy. Just check the site,” said Finn.

When is a Good Time in the Fundraising Process to Implement Security Tokens?

The benefits of security tokens alone do not provide grounds to integrate digital securities into your company. Instead, security tokens should start to be used once the need for strategic investors goes away after the product has a market fit. Some companies are developing security tokens too early in the fundraising process. However, if security tokens are distributed too early, that can negatively affect fundraising and cause liquidity issues (instead of further enabling liquidity).

Jamie Finn also commented on this. “Security tokens should be used once a company has product market fit and they are scaling the business without the need for strategic investors.”

How will the Industry Change in the Future?

“The current solutions for custody are really crypto specific solutions and don’t address what you need for Digital Securities. I am confident we will see this addressed in the near future by a number of players,” said Finn.

The future looks promising. The path that VCs started on by tokenizing their funds has dictated market growth and laid the groundwork for a technological evolution in asset management to take place. Between the increased access to capital, the enhanced efficiencies in the investor accountancy pipeline, the ability to deliver a Proof-of-Concept, and increased transparency for the fundraising process, security tokens are transforming the way that companies raise money.