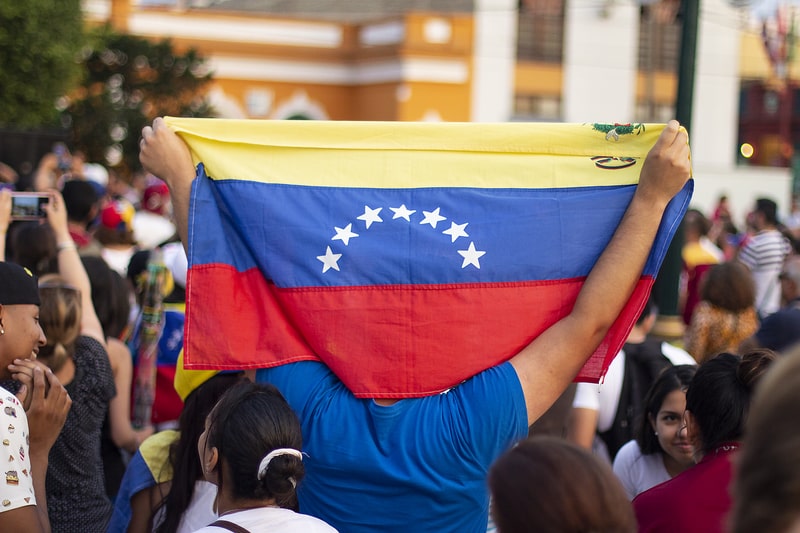 Venezuela: the relation with Bitcoin transactions

The great blast to the efforts of US White House to install Juan Guaido as a permanent head of Venezuela instead on Nicolas Maduro can be blamed on extreme effectiveness of bitcoin transactions to raise the monthly pay of the National Guard by 40%.

Bitcoin transactions are getting support from some EU countries whose politicians preferred to put blind eye on the fact that a number of their national companies still trade with Venezuelan counterparts.

Formally these companies are in full compliance with US sanctions introduced against Venezuela since they abandon fiat transactions and come to settlement in bitcoin and partly in litecoin as well.

They use the Patria platform kicked-off by Venezuelan government and there are also some companies from Switzerland, France and Poland that have successfully performed such operations. They send cryptocurrencies as a payment needed to participate in complicated economic scheme which includes Venezuelan oil, EU food and pharmaceuticals. In fact, some weeks ago a project called Bitcoin Interest (BCI) has used bitcoin to purchase and deliver 12.5 tonnes of food to the people of Venezuela.

The silence of the US Treasury’s OFAC has an explanation given that the mood of officials of this key government body for any external restrictions may be described as shocking. The US White House is still unaware that there is no Russia who allegedly is behind Maduro’s political survival but some European companies that use political “cover-up” of their bitcoin financial transactions with Maduro’s regime as an apparent act of disgusting Trump’s policies of hard measures against Iran that left some representatives of EU business with a loss of several billion dollars without any compensation from Washington.

European politicians and some of the victims of such hard line of US sanctions will be ready to drop their bitcoin operations if they get adequate compensation for losing an opportunity to deal with Iranian partners as usually. Otherwise they are going to widen their bitcoin transactions in Venezuela.

Venezuela, Argentina and the love for Bitcoin

On April 8th, on Localbitcoins new all-time trading volume records were recorded in Argentina and Venezuela, probably because the Argentine Peso (ARS) has been suffering for several months from a strong devaluation and an inflation rate that now exceeds 50%. Therefore, it is probably no coincidence that during the first week of April, 2019, Localbitcoins recorded the highest trading volumes ever in Argentine Pesos.

In Venezuela, in the meantime, 26 billion Sovereign Bolivars (VEF) have been exceeded, reaching 26,430,000,000. The previous record was achieved at the beginning of March with almost 25.5 billion VEF.

In bitcoin, it is still more than 1,500 BTC, which confirms Venezuela as the second country with the highest exchanges on Localbitcoins, after Russia but ahead of the USA.

Previous article Bitcoin has the most reliable onchain transactions
Next article John McAfee: how to earn with Bitcoin Play