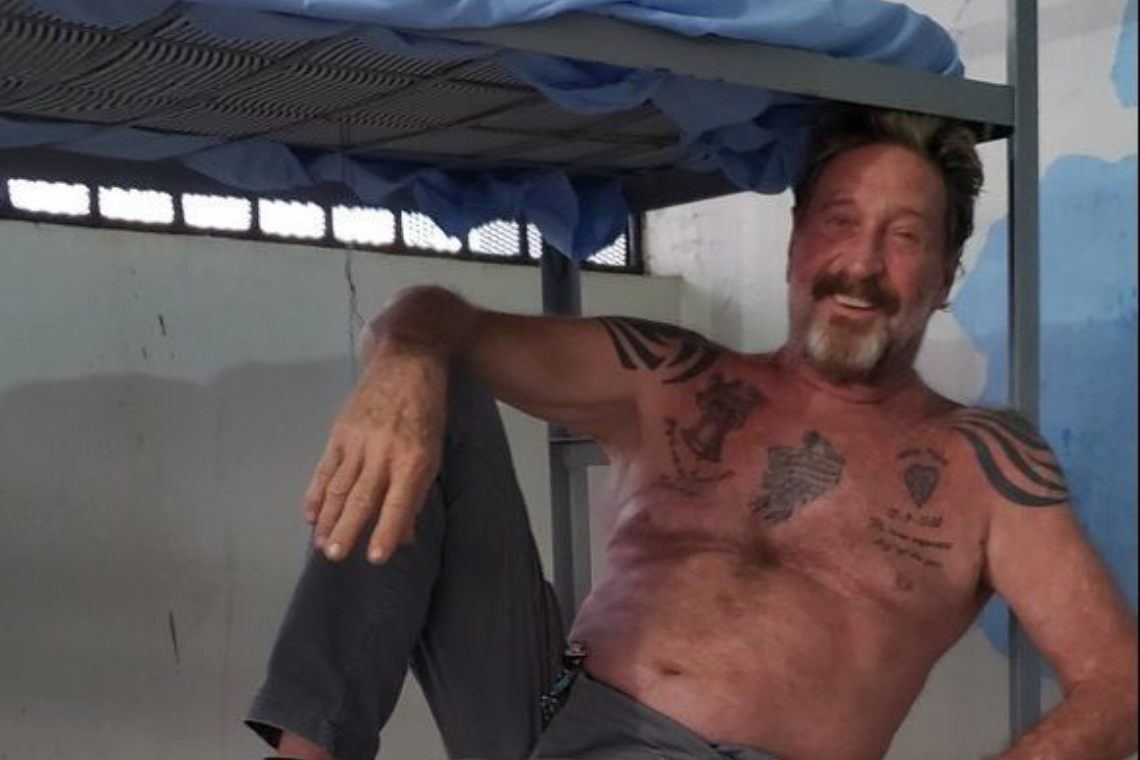 John McAfee abandoned the Ghost privacy coin project. He communicated it on Twitter with several posts in which he explains the reasons for the resounding goodbye.

I am abandoning the the $Ghost project. Management is incapable of making a success of the project. It will, without a doubt fail. lI tried to explain the fundamental principles of management, but they fell on deaf ears. My apologies to those that I led astray" Sorry.

As can be noted in the tweet, the management he entrusted with the development of the privacy coin has disappointed him. That’s why he says without hesitation that Ghost:

“It will without a doubt fail”

The problem lies with Josh Case who, according to McAfee, did not focus on Ghost as he should have.

A heavy accusation is made against him: that of not having kept his promise to focus 100% on Ghost. Instead, he would have worked on other projects like Clearpoll and Ethershare.

The $ghost project is calling me a loose cannon because I called them on their bullshit.

If I am a loose cannon because I dropped my support for a failing project so be it.

I will not support bullshit.

Basically, what McAfee claims is that Ghost coin is on the road to bankruptcy because of poor management. And he has no intention of supporting a project on its way to demise.

Words that sound very harsh, especially since only a few days before McAfee was making a declaration of love for Ghost. He also stated that he had worked his whole life to create the ecosystem that was now coming to life around Ghost, including an exchange, a cryptocurrency and a phone.

McAfee leaves the Ghost coin but keeps the phone service

In reality, the famous influencer says goodbye to the cryptocurrency project, which, he announces, will be replaced, but will carry on another service connected to Ghost, the Ghost Cell Phone Data Service.

It will be launched on September 30th and will guarantee maximum privacy to users in their communications: they will not be tracked, as they will use eSim and will enjoy a secure, fast and wide coverage connection in at least 35 countries around the world.

The disappointment of fans

John McAfee’s choice surprised and in some cases left his supporters baffled. On Twitter, McAfee has been told that many fans have invested in Ghost as they were attracted by McAfee’s name.

Yet the influencer was not moved. It’s all Josh Case’s fault, he says, who screwed up the privacy coin project. It’s better to focus on the phone service, the new heart of the Ghost ecosystem.

A disappointment that’s strong even for the same McAfee who said he was ready to remove the Ghost tattoo.

All to be done again. Those who dreamed of seeing a cryptocurrency with the McAfee brand will have to wait much longer. All that remains is to see how the Phone Data Service project that promises to change the world of telecommunications will evolve.