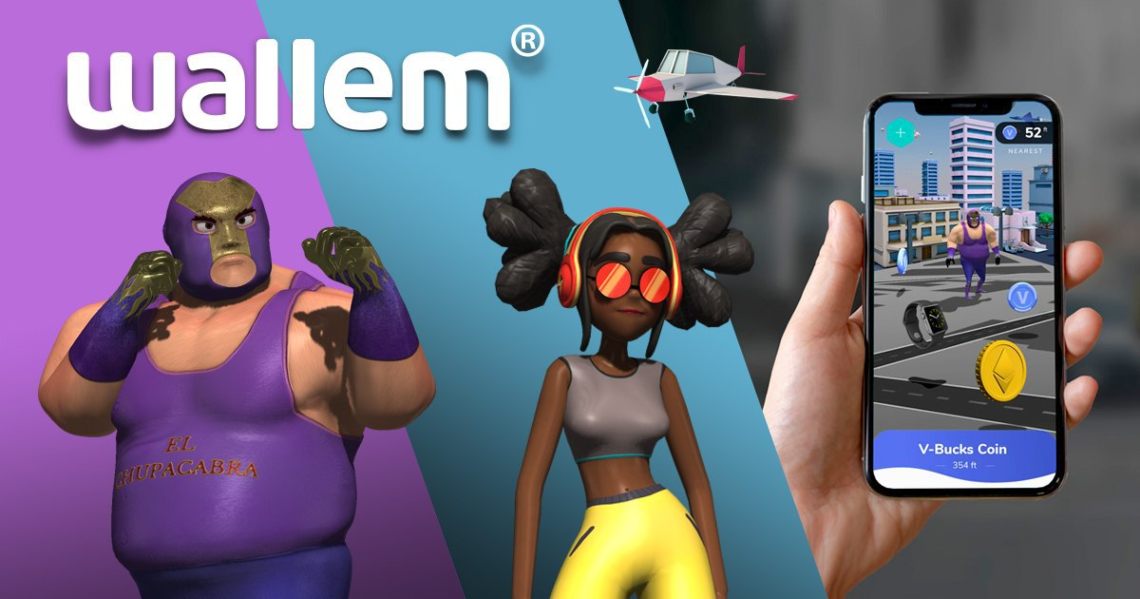 A few hours ago with an explosive video, YouTuber PewDiePie officially announced its collaboration with Wallem, a free game available on both iOS and Android.

. @pewdiepie announced with this video his support to our game, Wallem! Watch the video here and find out Pewdiepie’s referral code to get 5 PTE for free to start playing: https://t.co/L7X3txvYQg

This video game is based on a 3D map and on an ultimate Augmented Reality engine, capable of controlling users’ real-time actions like in the most famous game Pokémon GO.

Some of you might remember this game back in 2018, when the game was in alpha and only related to cryptocurrencies. Since then, the team worked on it, developing and evolving the app that now, for example, has a better graphic design and AR system.

By navigating on the worldwide 3D map, users will be able to join events, catch brand points and use them to buy different goods and services.

The first two events are with big Italian names such as Armani and Motta to win a watch and/or 50€ in PlayStation’s games.

Wallem and the Pteria DAO

The brand points collected aren’t just normal gaming credits but a token based on the Ethereum blockchain called Pteria (PTERIA).

In fact, these tokens are issued by a third party, a DAO (decentralized autonomous organization) called Pteria, that created these tokens independently as utility tokens to be functional in gaming platforms.

Wallem will be the first gaming app to be allowed to use PTERIA, but more will be announced in the future.

Skins in Wallem are real NFTs based on Ethereum standard ERC721 and people who decide to buy them will earn 10% of all the gamers’ activities in the game.

So, for example, if a user buys the NFT of PewDiePie, he/she will earn 10% of all the PTERIA or other crypto and tokens the gamers that use that skin will capture during the game.

A basic line of the Wallem’s merchandise is now on sale on TheCryptoMerch.