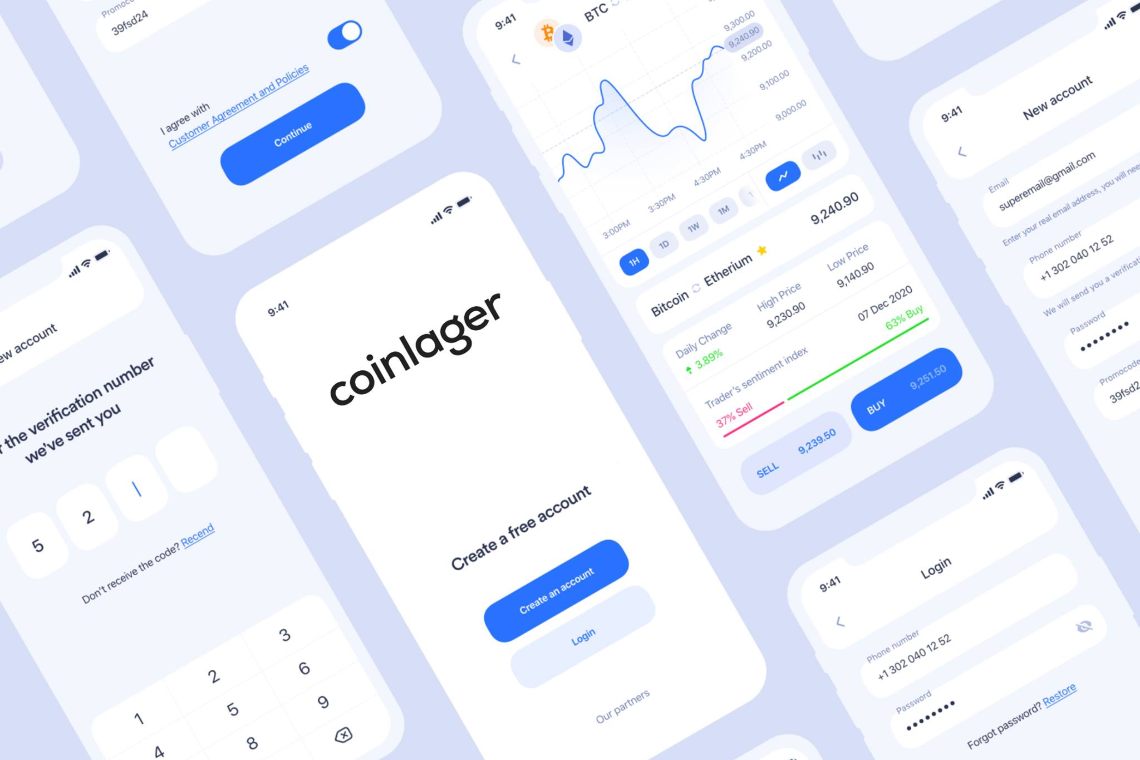 History has taught us to never trust anyone else with your digital money. Therefore when dealing with digital money such as cryptocurrency, you should always place it at a different place from where you bought it. Coinlager is doing exactly this, focusing on what its primary feature is – to enable customers to purchase cryptocurrencies in a fast, transparent, and secure manner.

Ever since the first Bitcoin was mined by Satoshi, crypto has been on the rise. Initially, it was more of a subculture rather than a respected currency, something which has definitely changed over the past decade.

There was a company called MT Gox, which was the number 1 choice for any cryptocurrency trader between 2010 – 2013, at most, they covered 70% of the Bitcoin tradable market. In early 2014 it, however, came to a sudden halt since MT Gox revealed that approximately 850,000 Bitcoins had been stolen from their Hot Wallet, valued at $450 million at that time.

The MT Gox hack is by far the biggest incident in cryptocurrency history, almost all of the larger exchanges have at some stage been targeted by hackers and in some cases succeeded in stealing cryptocurrencies.

“We were actually one of the early adapters to crypto back in 2011, using MT Gox as a day-trading solution to increase our assets of Bitcoin. Everything was going smoothly until the crash in 2014 where we also lost all our Bitcoins. We haven’t really spent too much time dwelling on it, but when we see that people are still relying too much on using the same company for both the crypto and the wallet service we thought we had to do something about it. The problem has always been that separating the two services have not been user-friendly – this is what we are changing, giving the customers a super easy and quick way to buy their crypto and send it over to their desired wallet.”

So what does Coinlager essentially do?

It’s simple, they sell cryptocurrencies to customers. Customers can register themselves over at Coinlager in seconds and be able to buy their favorite cryptocurrency immediately. Relying on modernized technologies, we can authenticate the customers in real-time, giving them the chance to not have to wait for hours or even days when their account becomes activated.

It doesn’t have to be overly complicated where customers do not understand the nature and prices of products. Coinlager helps in informing the customers about A) What they are buying B) What the fees are C) Where the crypto will be sent to (customer’s choice).

Previous article ChainLink: a price analysis of LINK
Next article Paxful: "Banks will have no choice but to enter the crypto world"