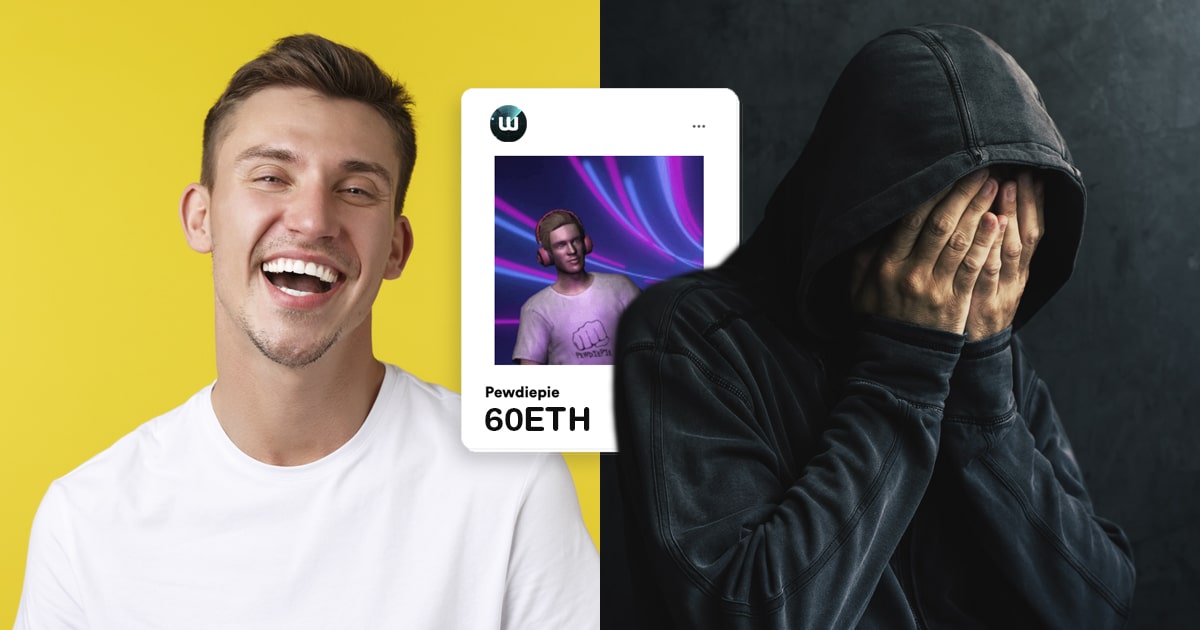 A mistake on Opensea costs 60 ETH to an unlucky user

A few hours ago on Opensea, Pteria DAO sold an NFT of the famous YouTuber PewDiePie at a record price of 60 ETH.

Unfortunately, the buyer made a mistake and immediately accepted an offer for the same NFT, selling it for 1 ETH. Basically it is a loss of 59 ETHs, or 23,600 dollars at the current exchange rate.

Also, since the NFT gives the right to receive the sales of the Pewdiepie skin inside the Wallem mobile game, after some hours the lucky anonymous 1 ETH buyer received on his address about 300 Pteria ($1200) from the Pteria DAO.

Pteria and the relationship with Wallem

Pteria is a DAO created a few days ago that issued a total of 21 million PTERIA tokens, of which 2.5 million have been allocated to the Wallem gaming app that uses them as internal gaming currency.

Wallem works similarly like Pokemon Go™ but to capture crypto and other products. Every user has an avatar – also known as a gaming skin.

Almost all of these skins have their own NFT equivalent for sale on Opensea, so those who buy a non-fungible token are entitled to 10% of all the cryptos collected by those who use the skin of the same character and 100% of all the PTERIA spent to buy the skin in the app, at least in the case of the PewDiePie character, a YouTuber with 107M of followers who is promoting the Wallem project since the beginning.

What happened on Opensea?

The first of these 6 PewDiePie’s NFTs, as it allows high profits, was sold at 57.75 ETH two days ago, while the second was sold today at the record price of 60 ETHs.

“I checked on Opensea, I was driving and was not very careful. I also don’t really know how the WETH works, icon that was next to the number “1”. I saw something in quantity 1 and I accepted. Afterwards I received an email with “Congratulations! You sold your NFT PewDiePie for 1 WETH”. I started screaming and called a friend of mine blockchain expert crying,” explained the user.

Making a mistake, however, is human and the unfortunate buyer made too many clicks and accidentally sold the NFT for 1 ETH.

Now we will have to see if Opensea can intervene in some way or if the AED of Pteria will compensate the unfortunate.

“I hope there will be a happy ending,” said the confident user.

If this were Aesop’s fable the moral would be that you are not on the phone while driving!