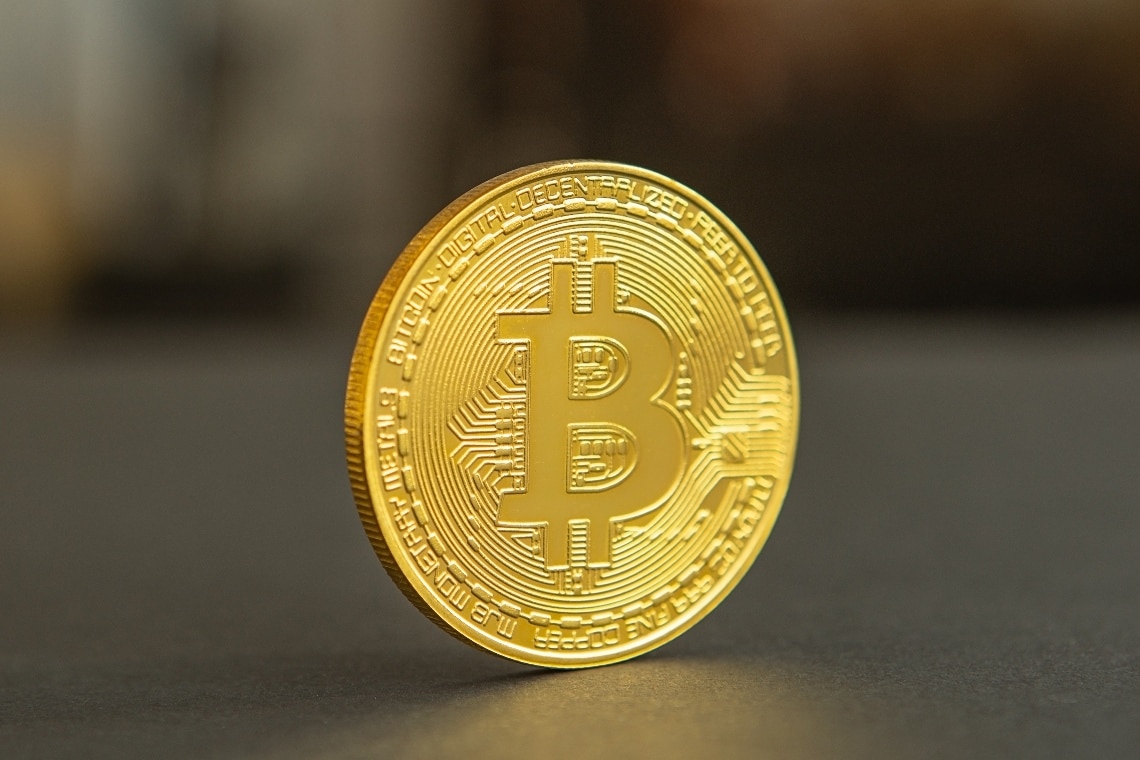 This was the week of new highs. The Bitcoin “Stock to Flow” model reveals the start of the new cycle towards much higher prices and the fact that anyone who held some BTC, and did not sell it, did not lose money. An accomplishment to prove to those who were skeptical, and a moment of maximum focus on the entire Crypto sector.

It has been rumored for a long time that institutional investors would not be able to ignore Bitcoin. Now every day we learn about new companies that do not want to be left out of the new monetary phenomenon that they themselves once mocked.

It is wise not to remain out of it. There may be no better protection than crypto from the economics of crony capitalism, characterized by 20 years of unfavorable industrial relocations, irresponsible consumer credit, unbridled creative finance, and manic and unlimited money printing.

It is ironic how JP Morgan reacted to MassMutual’s entry with $100 million on Bitcoin. “This is a sign that institutional players will drive Bitcoin up.”

The same group whose CEO, as known, said that Bitcoin is a scam. The same group will not fail to increase exposure in the crypto world, to make profits and to protect itself.

Ruffer Investment Company has made this clear, with its entry into Bitcoin with 2.5% of its portfolio not light. “We’re doing this to protect ourselves from the devaluation of traditional currencies.”

Thus, Bitcoin as a protection against the galloping and inevitable devaluation of fiat money that, looking ahead, makes the “current price” insignificant.

The rush of institutional investors is a precise indicator that cannot be ignored in the context of the traditional economy and the damage it has brought.

It may be this indicator that raises the awareness and adoption of Crypto to the next level, offering the possibility of a new and promising distribution of wealth, aimed at everyone.

Bitcoin can be interpreted as an event in opposition to globalization

It is useful to recognize some differences in principle.

Bitcoin increases in value over time due to its deflationary monetary feature. The currency is a global reference that therefore benefits those who own it. Wealth is unstoppably distributed as time goes on, as demand increases. Its very mechanism is also unstoppable: no master, no one can severely intervene to stop it or change its destiny – the 21 million and the predetermined issuance. Decentralization is like a new standard that everyone will have to irrevocably accept, if one does not want to risk being excluded from it, something the institutional funds seem to have realized.

Conversely, the monetary regime of globalization has the opposite effect. It impoverishes western populations. The time that goes on brings them a reduction in purchasing power, a devaluation of the currency and an increase in the cost of living. Contrary to the fundamental principle of Bitcoin (central power does not exist to determine monetary destiny), globalization has taken away from the many to give to the very few, centralizing power further with control bodies, for the exclusive benefit of those who are close to those centers of power.

With Bitcoin and Crypto, accessible to anyone, it is not the privilege of the social position of proximity to those who print money to determine an advantage, as happens with the “Cantillon effect” for the well-placed of the globalized world, but it will be the normal possession of the currency, the positioning, the natural flow of money that from an economy full of internal contradictions and bearer of heavy crises, pours into the world of Crypto and Bitcoin, structured for growing interest and increase in value, in repeated economic cycles, initially volatile, until the achievement of greater stability in the eventual future.

A future that fulfills the new distribution in favor of the individuals who decide to be part of it. The opposite of the internal principles of the economy of globalization.

The greatest disparity in history

The 2008 crisis was the fruit of globalization and its banking system.

In a phase of a declining economy and progressive impoverishment, mostly due to relocations, consumer credit (mostly for the purchase of houses) was promoted, exasperatingly indebting people who (they knew) would soon become insolvent.

But the banks, obviously, did not take the risk of the hyper-indebted. Their debt was “securitized”, i.e. given to others as an instrument on which to earn an interest, with the complicit support of the rating agencies and the American regulator. This is the creative finance, which passed on risks to others, in the phase preceding the subprime crisis.

Result: millions of people on the breadline and social catastrophe.

The American State should have intervened severely to prevent the financial sector from passing on to others the debts incurred by the single mother and the Mexican immigrant, and other subprime debtors. Just as Roosevelt had done, succeeding with difficulty against the financial establishment of that time, in the 1930s. He had imposed the Glass Steagall law, which distinguished for banks the activity of deposit from that of speculation. A law that lasted for decades until 1999, then repealed by Clinton, the president who most decisively initiated globalization.

Instead, what had been done?

Trillions of dollars created out of nothing were injected with the apparent intent of healing the effects of the crisis that had already been triggered. Only on one part of the economy: the part that was deemed necessary to cure all other parts, namely the stock market.

In the end, nothing of those injections of money came to the aid of the real economy and the people overwhelmed by the crisis. The devaluation on the other hand, a consequence of the unlimited printing of the inflationary economy, never delayed to reach everyone.

But there have been absolute winners. Shareholders who have become billionaires for hundreds of billions, for having invented enterprises that haven’t even produced anything for the real economy. Like Amazon, like Google.

An unprecedented disparity had started this way, lasting in time. Gigantic numbers for very few, at a time when the devastation of many, too many people left without anything was raging.

A drastic moment in history, the beginning of a new goal of distribution of wealth taken away from the people, without measure and without justice. From that time until today there have been no government interventions to re-establish a balance, or at least an attempt to protect the economy in Western policies.

There was a time when this would never have been possible. Capitalism before globalization had statesmen of a very different kind. A world that now seems ancient.

It is surprising to know that in the period between 1950 and 1963, in America, the super-rich were taxed in a way that may seem draconian: 90% for the top fraction of the wealthiest incomes.

In government were presidents who were far from being classified as socialists. There was Harry Truman, Dwight Eisenhower and John Fitzgerald Kennedy.

Personalities who had lived through the Great Depression, and knew the Soviet enemy they faced. So the American dream had to be alive and within reach for everyone. 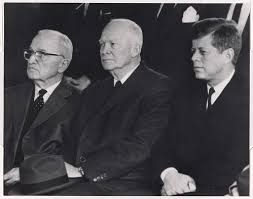 Several years later, Ronald Reagan, together with Margaret Thatcher, had eased taxation on the very rich. The reason for this was the certainty that private individuals could allocate capital more efficiently and more skillfully than the state. It was therefore good to allow millionaires to become billionaires and trillionaires, because they would have activated “trickle down economics”, the drops of money that from the very rich fall on all the others. That too was a promise of redistribution, but it anticipated the possibility granted sometime later for an unbridled radicalization and decline towards the tremendous inequality of ultimate capitalism. 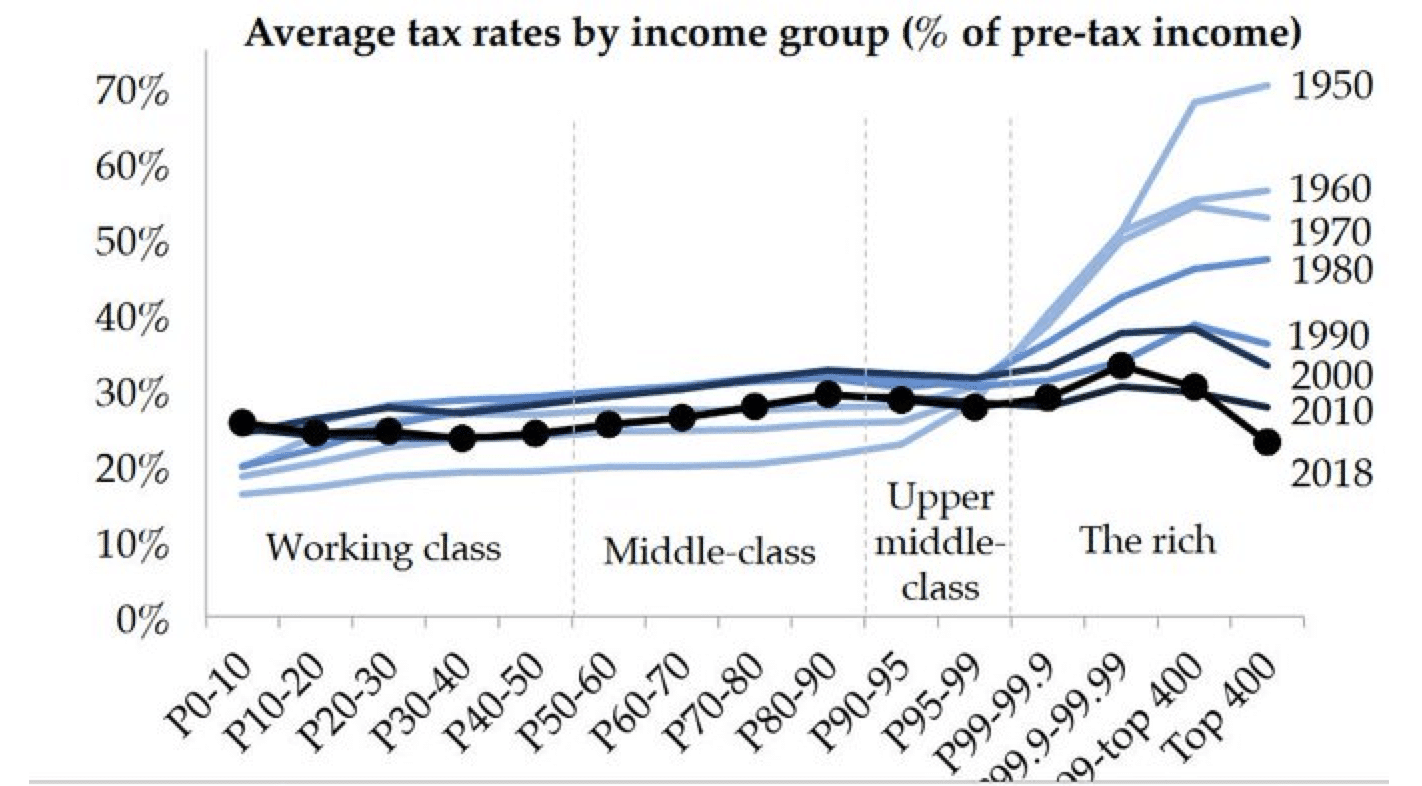 By the beginning of 2020, the 12 richest men in America had already reached the record of their wealth. Then came the lockdowns. The general slowdown of the world and the economic halt. An unprecedented deflationary vortex.

But precisely during the lockdowns, again, billionaires born with the previous crisis of 2008, since mid-March have found an increase in their wealth of $283 billion.

Forbes showed that the top 400 billionaires in the world had 8% wealth gains during 2020. This in America, where 48% of small businesses are at risk of permanent closure at the end of 2020, and as populations become poorer, while the Fed plans to print $6.5 billion, and the ECB €1.2 billion.

A trend started in America and extended to Europe. The ECB has created 5 billion euros from nothing in the last 10 years, in a world without growth. Money created and distributed in a cumbersome way but without benefit to the real economy, causing the wealth of an absolute minority to the detriment of all others.

It is an economy with unsustainable implications that needs historical events to counteract them.

The Crypto economy counteracts this trend by creating a new distribution, as time goes by, keeping the right importance of being able to accumulate wealth within a system in favor of the individuals who are part of it, but avoiding the sense of injustice and general counterproductivity.

Joseph Stiglitz, Nobel laureate in economics in 2001, predicted this: “The top 1 percent controls 40 percent of the national wealth. The top 1 percent have the best houses, the best education, the best doctors, and the best lifestyles, but there is one thing that money doesn’t seem to have bought: an understanding that their fate is bound up with how the other 99 percent live. Throughout history, this is something that the top 1 percent eventually do learn. Too late”.