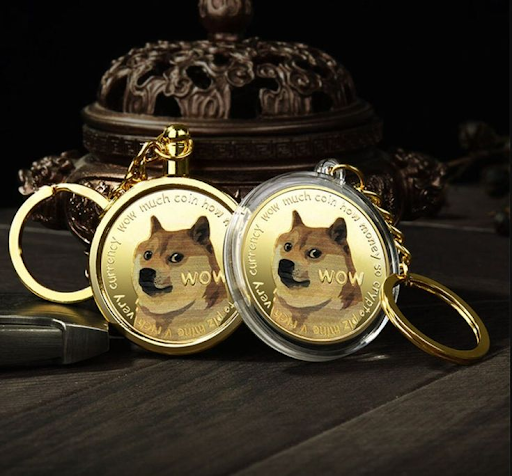 Since its debut, DogeCoin(DOGE) has consistently proven itself a worthwhile investment in the cryptocurrency market. The meme coin was one of the top performing coins in 2021, peaking at an all-time high of $0.7 in may before receding in the following months. What’s most spectacular is how much profits investors could make from that pump, majorly because they were able to get in early. In the cryptocurrency market, it’s almost impossible not to make a profit by getting in early since presale value is expected to rise after the network goes live.

However, DogeCoin(DOGE) is experiencing a price decline and might not be the best alternative if you’re looking for a quick pump. The cryptocurrency had its bull run in 2021; maybe it’s time to find another meme coin with an imminent bull run to milk some profit. Big Eyes coin(BIG) is the current buzz in the market, and as such, it is one meme coin you do not want to miss out on. Like Dogecoin, it is predicted that this cryptocurrency could be the next big thing for every investor looking to make some quick gains.

Samoyedcoin(SAMO)is another meme coin that has recently garnered some attention in the cryptocurrency market. Built on the Solana blockchain rather than the Ethereum blockchain, the meme coin has a unique position on scalability within the ecosystem. The meme coin also provides some essential utilities that most meme coins do not possess, positioning it as a worthwhile investment for holders.

Token holders can use their SAMO token for staking and yield farming, as the network provides some real utility for its users. With this approach, holders are guaranteed a means of earning passively on the network.

Samoyed also profits from Solana’s inherent scalability, having an advantage that most meme coins on the blockchain do not possess; faster transactions and cheaper transaction rates.

It is no news that Dogecoin(DOGE) remains the top meme coin in the market today. Like most meme coins, the cryptocurrency thrives on community support, a factor that has been essential to its upward trend in past times.

As the most popular meme coin in the world, its usage is being adopted in several sections, even outside the cryptocurrency market. More than 2,000 businesses, including Tesla and SpaceX, currently accept DOGE as payment. Although Doge has witnessed significant price declines in the past few months, the cryptocurrency holds a considerable market share and is still a worthwhile investment for many.

With over $1 million raised in the first week of the presale, big eyes(BIG) is a meme coin on its way to raising millions and dominating the market alongside a top coin like Dogecoin. Big eyes coin is a community-driven cryptocurrency that aims to distribute wealth into DeFi. The network wants to provide a community where its users are adequately compensated for their participation.

The elimination of tax payments is another factor that makes big eyes(BIG) stands out as a network. This approach positions the system to enable more future market investors to get drawn to the platform. Additionally, big eyes aim to create an NFT collection that could revive the NFT craze and attract the NFT audience to its user base. The NFT market is another major sector in the blockchain ecosystem, and there’s no doubt that this integration would also be a positive addition to the big eyes ecosystem.

Big eyes coin, BIG is currently on presale, and there is still some avenue for you to get in early and be among the top gainers. Click here to join on presale.

*This article has been paid. The Cryptonomist didn’t write the article nor has tested the platform.