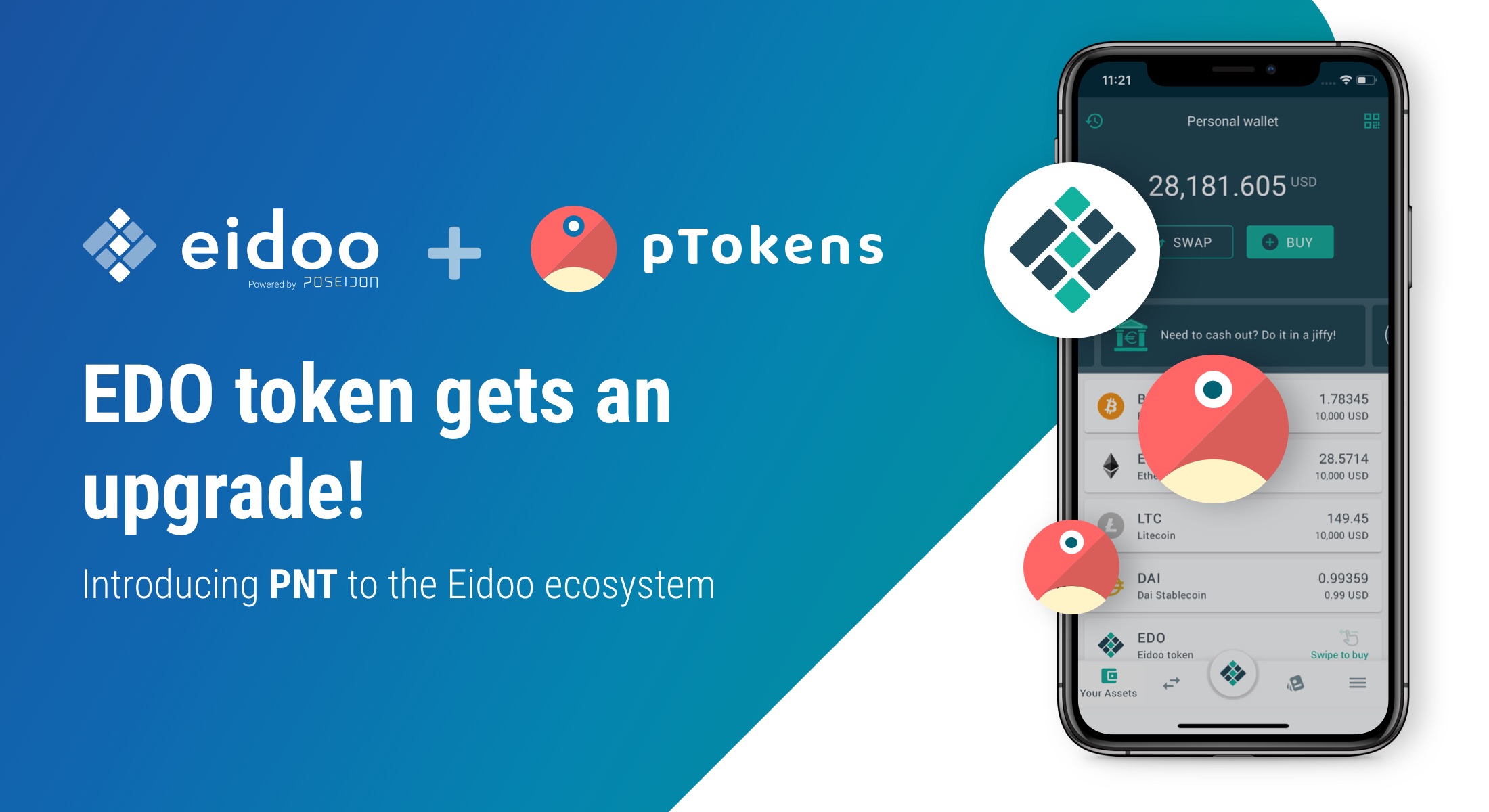 The EDO token is being upgraded!

The transition to the pNetwork Token (PNT) is now complete. The EDO token is no longer in use – its value and utility have been transferred to PNT. Please refer to the PNT listing guide for more information on exchanges that support PNT.

For information on the EDO to PNT upgrade event that occurred on June 18, please refer to our upgrade guide.

Since 2017, the EDO token has been at the center of the Eidoo ecosystem, serving our community and powering all of our various products and services. The pre-order launch of the Eidoo Card means we have now ticked everything off the original Eidoo roadmap, and with this, realised the potential and utility of EDO.

We’re now working with our sister company, Provable Things, to upgrade EDO into a new token to enhance its utility and functionality. This upgrade will result in EDO being relabelled as PNT.

PNT will still provide all the same benefits you’re used to, giving you access to industry-first features, like the Eidoo Card cashback program and our in-app Atomic Swap feature.

However, you will also be invited to participate in an entirely new ecosystem altogether – the pNetwork. 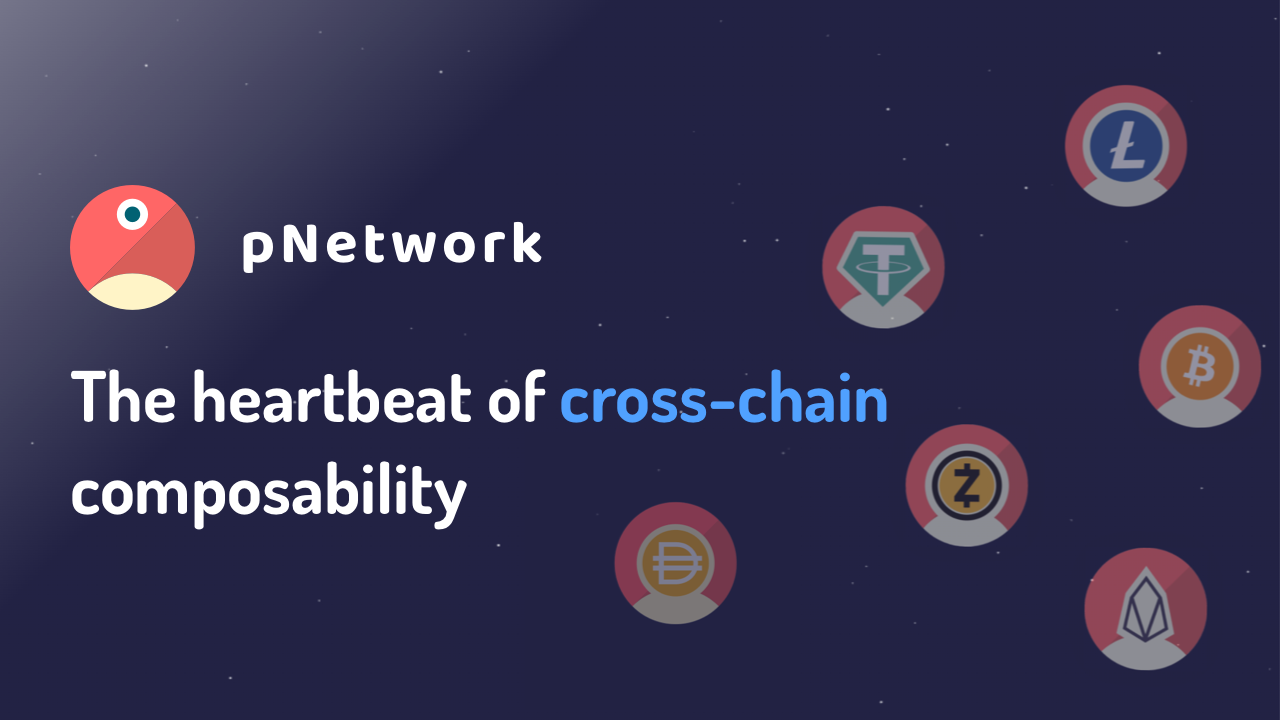 We recently announced our integration with pTokens. It’s an industry-first solution initially launched by the main development team behind Provable Things.

The pTokens solution aims to unlock liquidity in decentralized finance by making every cryptocurrency compatible with every blockchain.The first of the pTokens series to launch was pBTC, making Bitcoin compatible with the Ethereum and EOS networks. You can already get pBTC in your Eidoo wallet by simply swapping it with some other tokens. You can also mint and redeem your own pBTC for yourself, directly in the wallet.

The pNetwork is the underlying, open source architecture which powers the pTokens system.

The pNetwork is essentially a network of nodes called “validators” who keep the system running, ensuring the minting and redeeming of pTokens is done in an efficient and secure way. They also ensure there is no single point of failure and that bad actors can’t infiltrate the system or compromise it.

Anyone holding PNT will be able to join the pNetwork DAO and play a role in the governance of this pTokens system. PNT holders can vote on different improvement and development proposals. For example, members can vote on which new pTokens “bridges” should be developed next, such as pLTC on Ethereum. 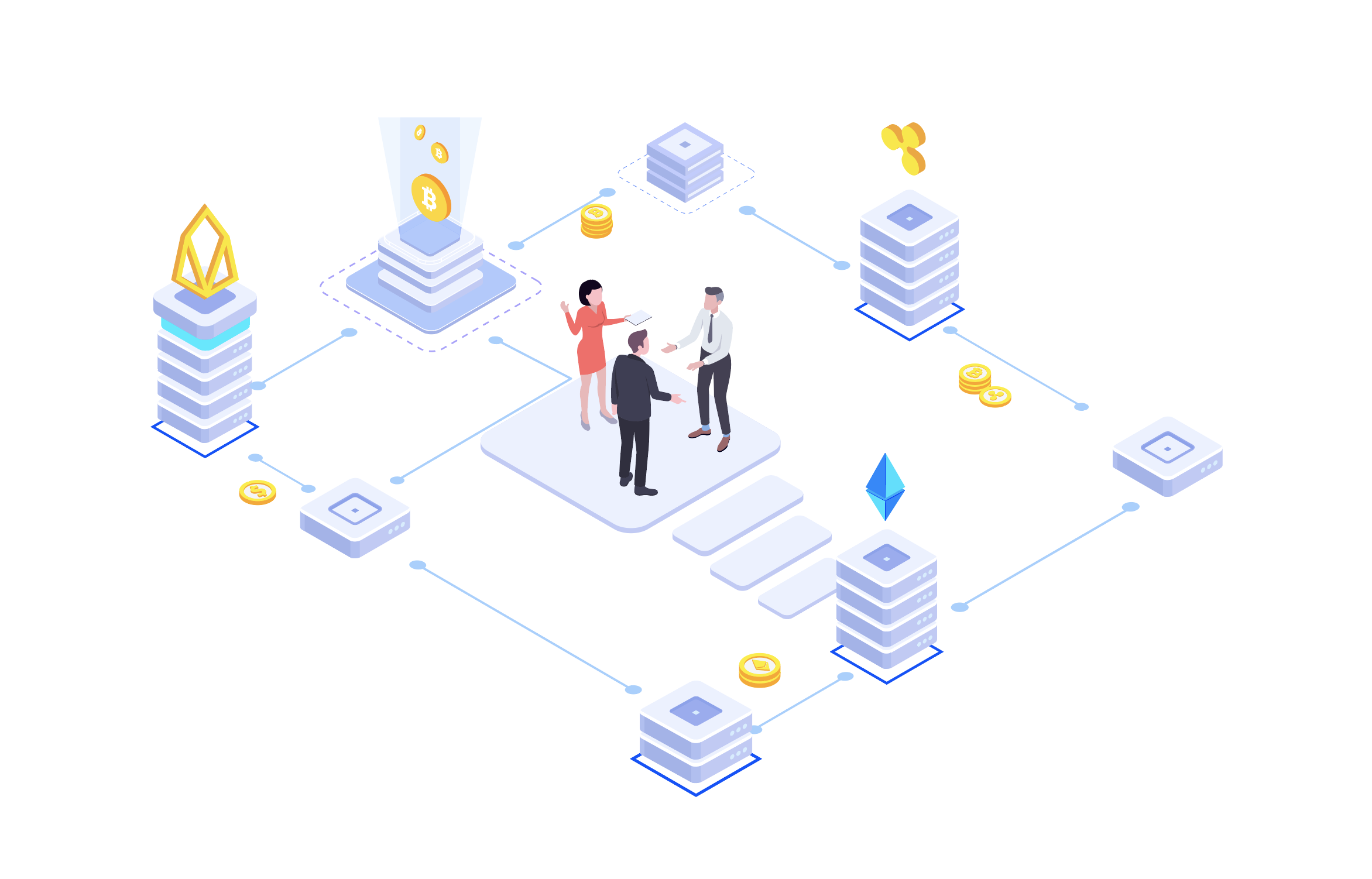 🔗Why are Provable Things and Eidoo collaborating?🤝

Provable Things and Eidoo are sister companies whose teams work closely together to excel at the forefront of blockchain innovation. They bring together their complementary expertise and cohesive technologies, contributing to the overall development and growth of the decentralized financial industry.

The pTokens project represents a new paradigm for the whole DeFi ecosystem. The ability for a cryptocurrency to “move” across different blockchains is helping to unlock liquidity in the market and push DeFi beyond its current boundaries.

The decision to upgrade the native EDO token into PNT was a decision made by both teams collaboratively. This new use case for the EDO token will extend its utility as it becomes fuel for a larger range of services within the pNetwork ecosystem. 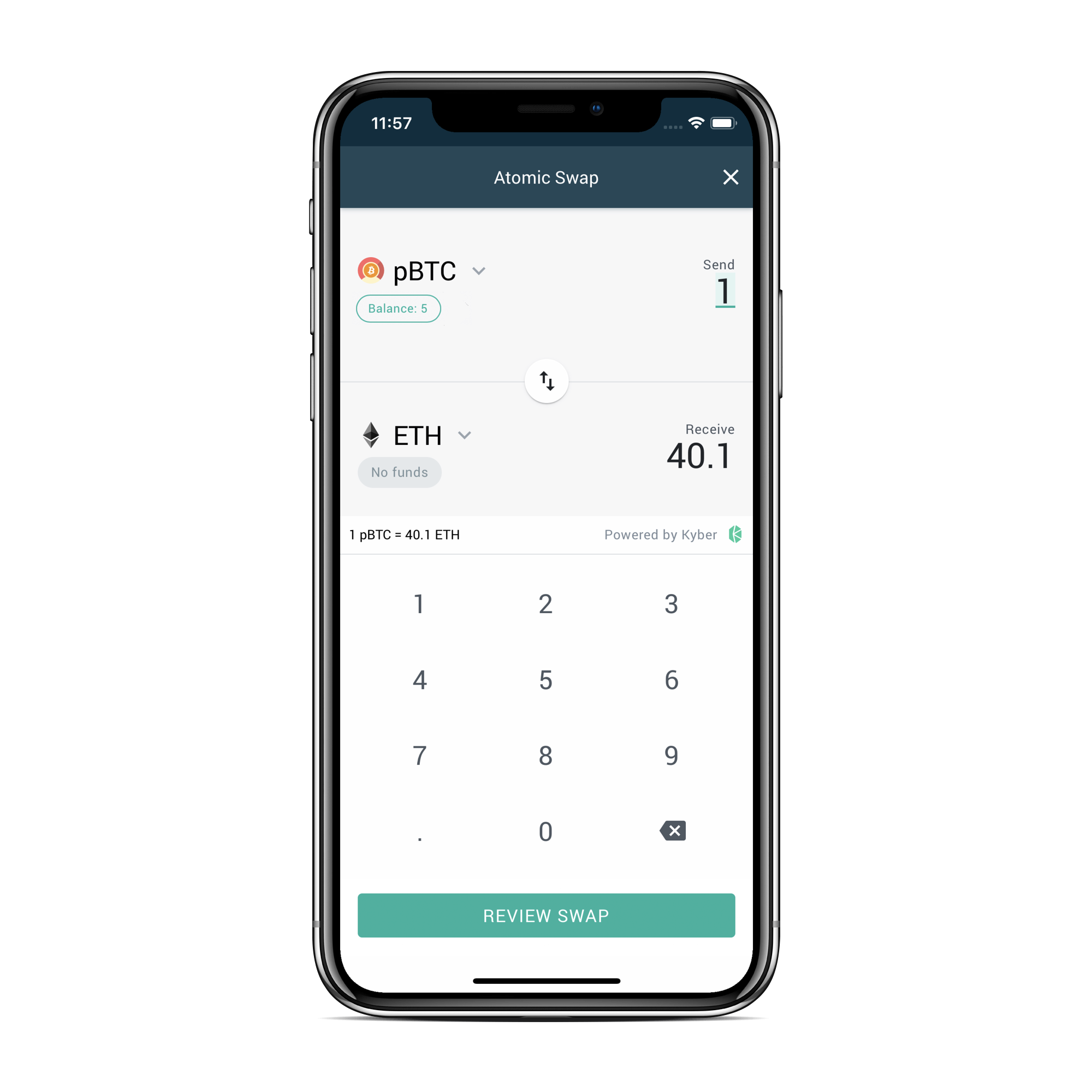 Mint your own pBTC, or swap it with your ETH.

In preparation for the token upgrade, and to mark the start of a new phase for the token economy, an additional EDO token burn will be manually executed by the Eidoo team on June 11th. The reasons for this choice are outlined below. The amount to be burnt is 28,350,000 EDO tokens.

In general, burning is a popular mechanism used in token economies to reduce the circulating supply of an asset. This deflationary practice leads to an increase in value as the asset becomes more scarce. This practice is adopted by a number of projects in the crypto space, including Binance’s BNB token and Bitfinex’s LEO token.

The EDO token has been utilising the same automated burning process since 2019. EDO tokens are burned during the use of various Eidoo services, such as Eidoo Swap.

The main goal for the 28+ million EDO token burn is achieve a more decentralized governance system, as it is done in preparation for the upgrade of the token and its new role within the pNetwork and its DAO.

Thanks to this burn of EDO, which takes place right before the token upgrade, the circulating supply for PNT when launched as a governance token will be slightly below 60 million. That’s 60 million tokens distributed across over 7000 blockchain addresses, making it one of the most robust and largest DAOs in the DeFi space.

Note that the Eidoo (EDO) token is already burned on a daily basis, hence the supply keeps decreasing.

🛠How will the upgrade work?⚙️

All EDO tokens will be transformed into PNT tokens in the coming weeks. This will effectively transfer the inherent utility and value from EDO to PNT.

The upgrade date will be confirmed with all partners and communicated to users. On that date, EDO deposits and withdrawals will be stopped on exchanges. This enables the team to take a snapshot of all Ethereum addresses holding EDO tokens to then proceed with a PNT airdrop.

All EDO holders will then receive their 1:1 PNT airdrop, which will be automatically visible in your Eidoo wallet (or any other Ethereum supported wallet or exchange). For anyone holding EDO tokens in exchanges such as Binance and Bitfinex, the process will also happen automatically and you will see your new PNT tokens appear, replacing your previous EDO holdings.

We’ll let you know closer to the date when this exciting upgrade will take place – so make sure you stay up to date by joining our Telegram or following our Twitter.

[Update: The EDO –> PNT upgrade is taking place on June 18th, 2020. Please refer to our upgrade guide for all the exact details.]

🚀What are the benefits of the PNT token?🎁

The PNT token will serve all the functions previously served by the EDO token. It acquires additional utility, enabling PNT holders to actively participate in the pNetwork ecosystem,

The PNT token aligns incentives for all network participants, enabling operations for both validators and DAO members. 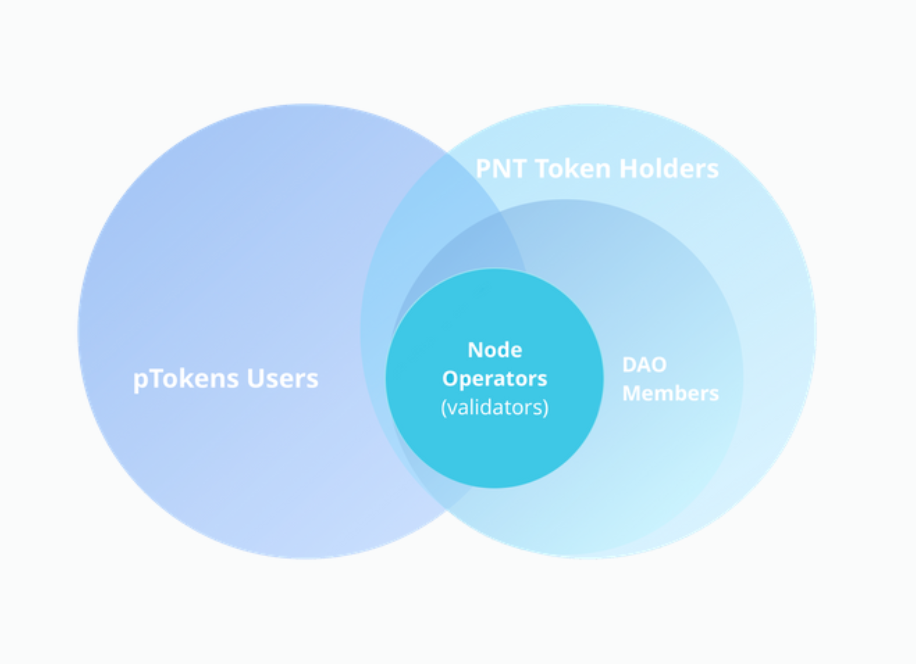 During the first stages of the pNetwork, an economic incentive is also introduced to the system to encourage users to actively participate within the DAO. In these first two years, all those who stake PNT will see their tokens grow thanks to an overall interest rate of 63% over two years. Up to 28,350,000 PNT tokens are dedicated to this initiative, which are generated through an inflation mechanism.

For anyone wanting to join the pNetwork as a validator (node), a stake of 200K PNT tokens is needed. This not only demonstrates commitment and serves as a bond, but creates a potential economic benefit for all validators who are rewarded for their work with the pTokens system’s peg-in and peg-out fees. Validators are also eligible for the 63% interest over two years on the tokens they stake.

You can also get to know pTokens by reading this introductory guide. Or for something more technical, check out everything you need to know about the pNetwork. 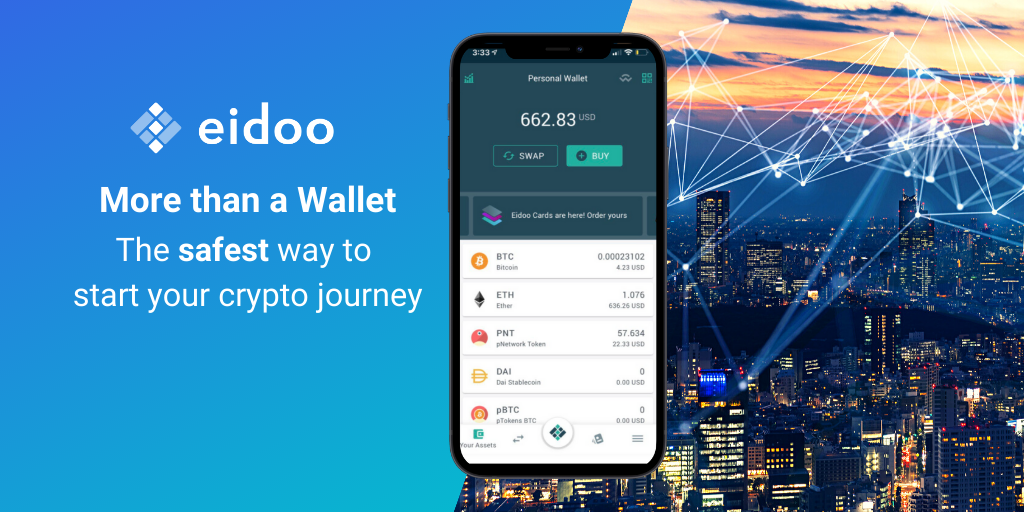 Eidoo: The safest way to start your crypto journey

When Eidoo first launched in 2017, we started out with a vision to do our part to grow the world of blockchain and cryptocurrency. To help people become a part

END_OF_DOCUMENT_TOKEN_TO_BE_REPLACED 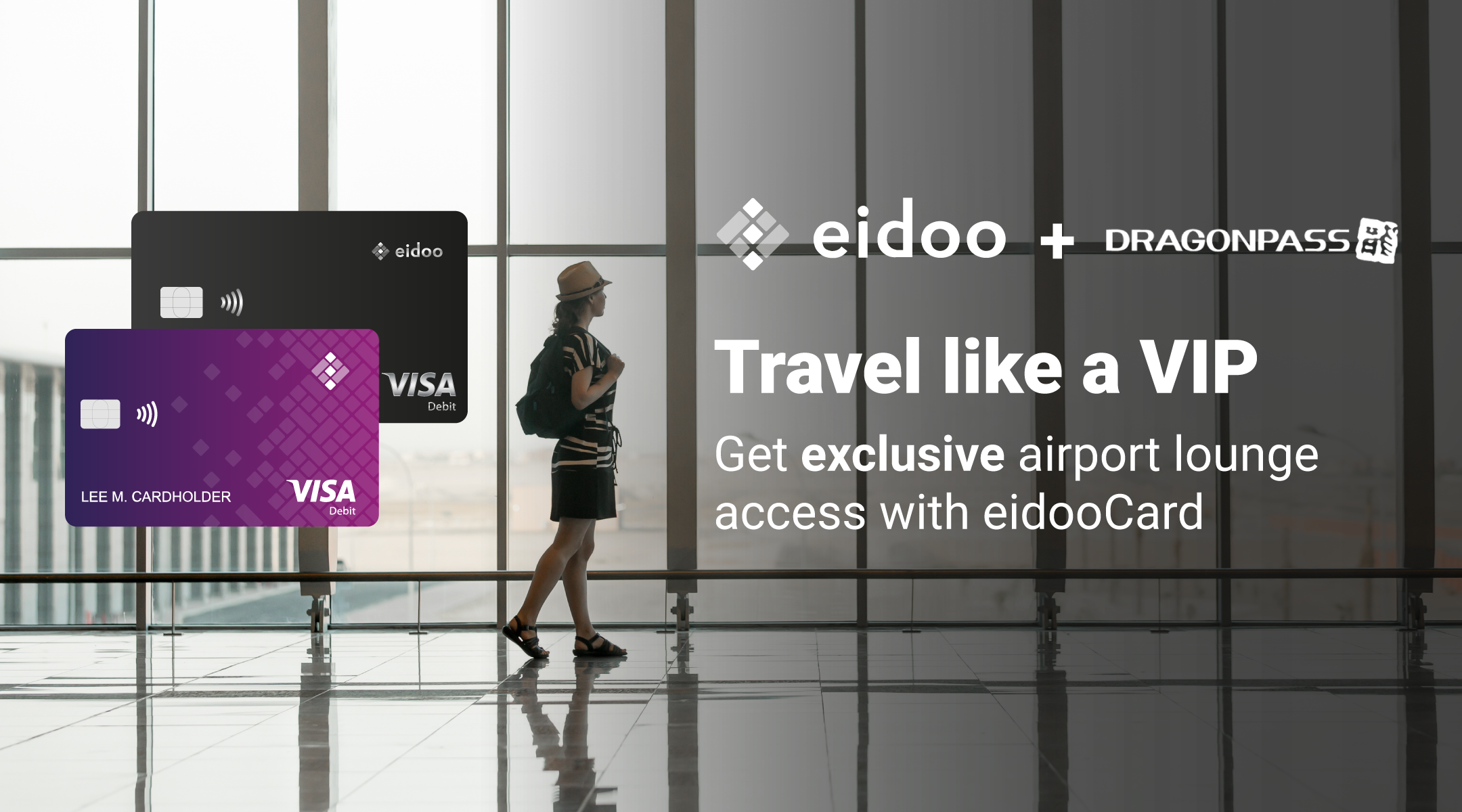 Get exclusive airport lounge access with eidooCARD and DragonPass

It’s time to travel like a VIP – or a Black cardholder. Thanks to eidooCARD’s new partnership with DragonPass, the world’s first all-in-one digital airport platform, VIP and Black eidooCARD

END_OF_DOCUMENT_TOKEN_TO_BE_REPLACED 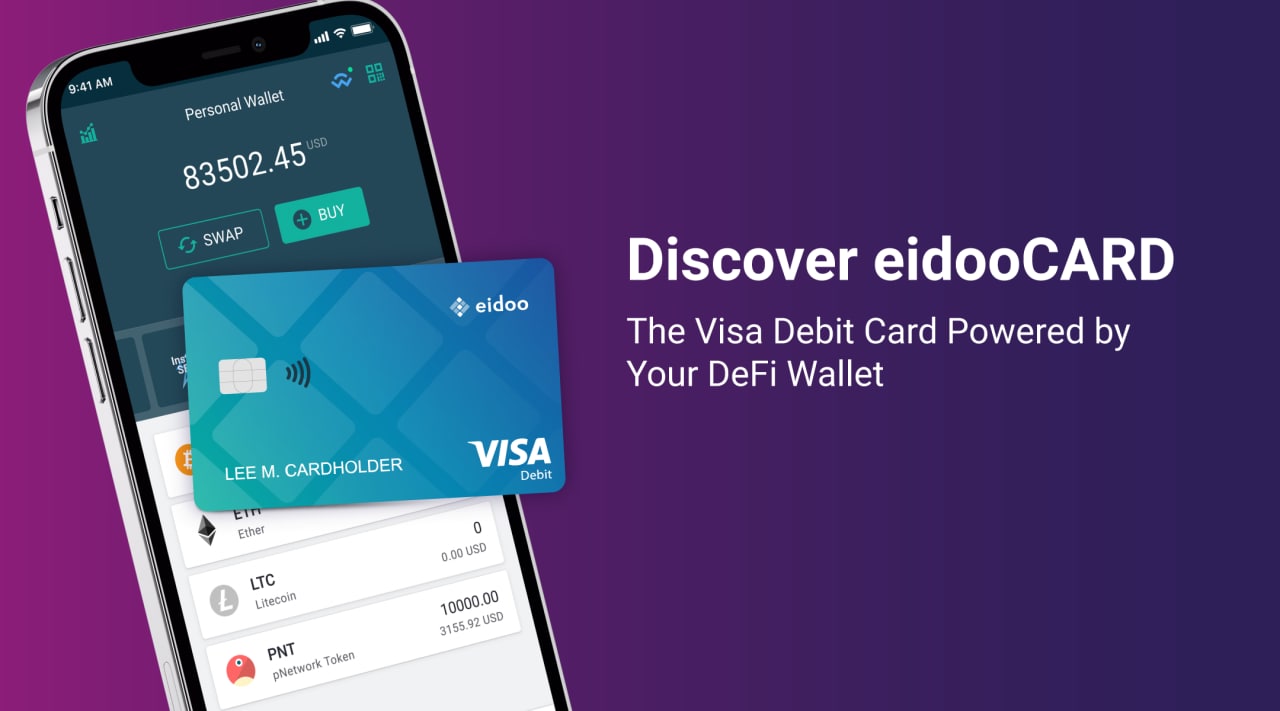