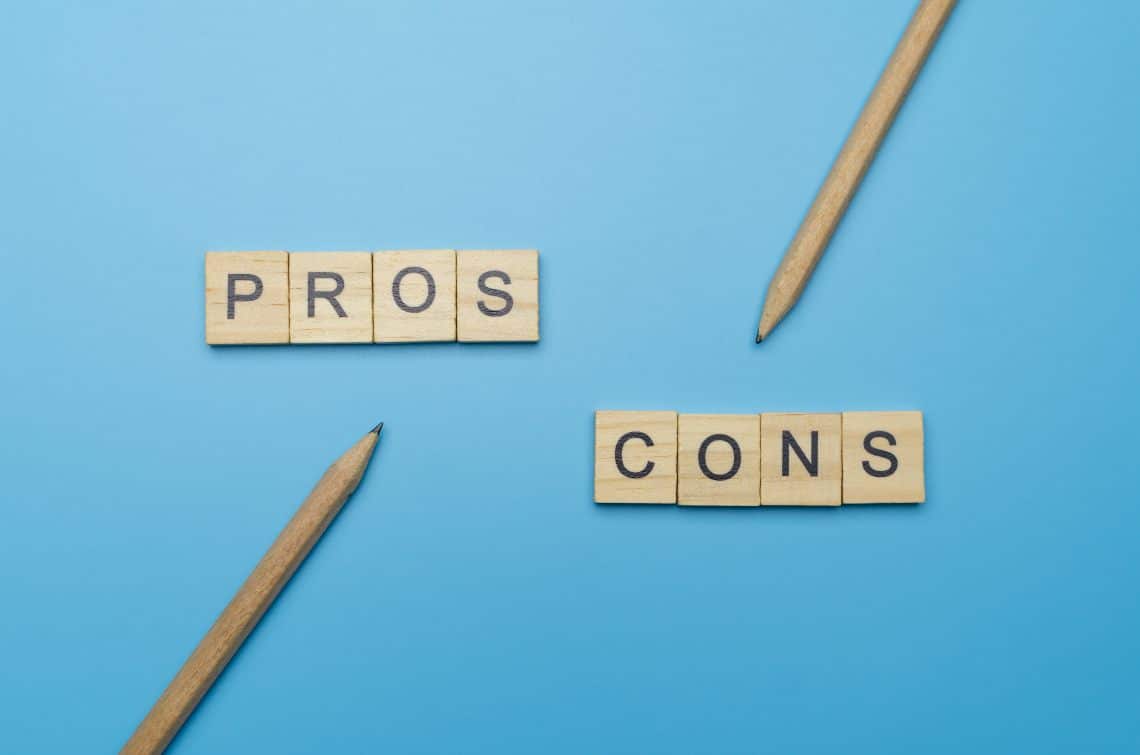 DeFi: the pros and cons of decentralized finance

What are the pros and cons of DeFi?

For example, in these days when the price of bitcoin is rising, while the prices of many DeFi tokens are falling, the sceptics seem more and more.

However, with a few exceptions, the DeFi tokens with the highest market capitalization have experienced such significant price increases in recent months that they are currently only tracing back to less inflated levels.

Nevertheless, there is much discussion about the clear, and heavily negative, stance of Kraken’s co-founder and CEO, Jesse Powell. In fact, he wrote on his personal Twitter profile:

“Stop fucking up your bullshit DeFi scams and expecting exchanges to bail you out. I will not accept your attempt at externalizing the cost of your hasty, reckless rollout. Invest in audits, insurance and please DYOR. Taking your losses is the only way to enlightenment”.

Powell is famous for his aggressive statements, to say the least. In fact, he is not new to this kind of behaviour.

It is also worth adding that many Bitcoin maximalists are a bit biased in their judgement about almost all altcoins.

However, between the end of July and the beginning of September, there was a real hype on DeFi, mainly due to yield farming, which led to new projects springing up like mushrooms, and among these, more than one turned out to be unsuccessful, flawed, or even fraudulent.

Pros and cons of DeFi

One of DeFi’s greatest pros is certainly decentralization, i.e. the fact that many projects are managed with smart contracts on Ethereum. But this is not a sufficient factor for them to be truly decentralized, and this can sometimes even become a con.

In fact, many users do not realize that a smart contract on Ethereum is not sufficient to guarantee decentralization, and this allows malicious developers to make projects that appear to be decentralized, but are not.

Another drawback is that there are several DeFi projects which, as Powell also points out, land on the markets without a serious audit, thus being able to hide bugs, blind spots or even real attempts at fraud without the majority of users being aware of it.

In some ways, the DEXs that allow anyone to freely trade a token should be a pro, but it can also be a double-edged sword, especially for those who invest in assets they barely know.

The anonymity with which DeFi and DEX smart contracts can be used is also a pro but can become a con.

The advantage is that it allows everyone to participate openly, publicly and immediately, while the disadvantage is that, sometimes, behind certain anonymous profiles there are real criminals.

Even substantial profit opportunities can be both pros and cons.

In fact, they are an advantage when they are exploited in time, and if they actually produce profits, but they can also be a huge disadvantage if people invest when it is too late, or if they choose to invest in projects destined to fail.

Certainly some DeFi projects, such as Uniswap, have proved to be very solid during this period, but the truth is that there were more projects that proved not to be.

However, pioneering innovation always takes place in this way. It provides great opportunities, but only in the face of great risks.

Previous article ConsenSys will create the CBDC of Societe Generale
Next article 26,000 Italians have savings of €900, also in crypto