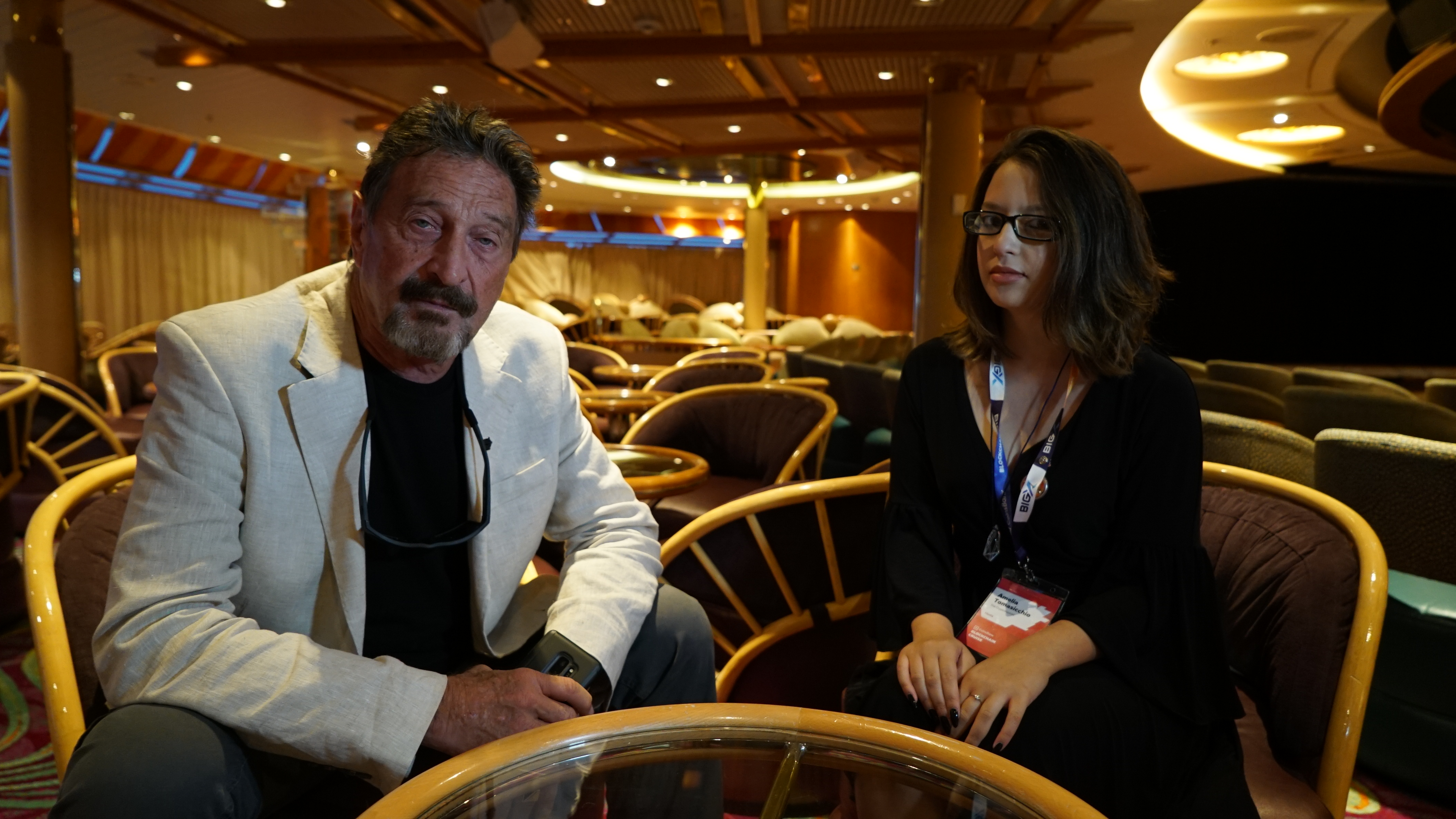 As soon as we got on the Blockchain Cruise in Barcelona, on September 7th, in the midst of the marasmus of finding our rooms and leaving our luggage, we found ourselves face to face with John McAfee, without any security to overcome and without an appointment.  One of our colleagues said, “this cruise is a bit of a mess“.

In fact, it is also for this reason that the meeting with John was necessary to organize an interview since the staff of the cruise that promised to organize press conferences and interviews with all media partners has proved to be a failure.

So, after a selfie, we find ourselves talking to McAfee’s wife, Janice, who, very kindly, gives us her contact to arrange an appointment.

And so, two days later, we meet again face to face with McAfee. “You have 20 minutes,” explained his assistant.

McAfee has certainly aged since he launched the antivirus that made him famous all over the world.

But what he says is more than correct and reflects the mood and vision of almost everyone on the ship: what really matters about Bitcoin is that it’s permissionless, and that’s why it has to win the war against the corruption present in the industry and governments, which is why John also founded the McAfee Alliance.

What he told us in the interview is what he repeats the next day during his speech, so it seems he had some pre-planned answers or who knows, maybe Cryptonomist inspired him with the questions asked.

See below the full interview with John McAfee during the Blockchain Cruise.