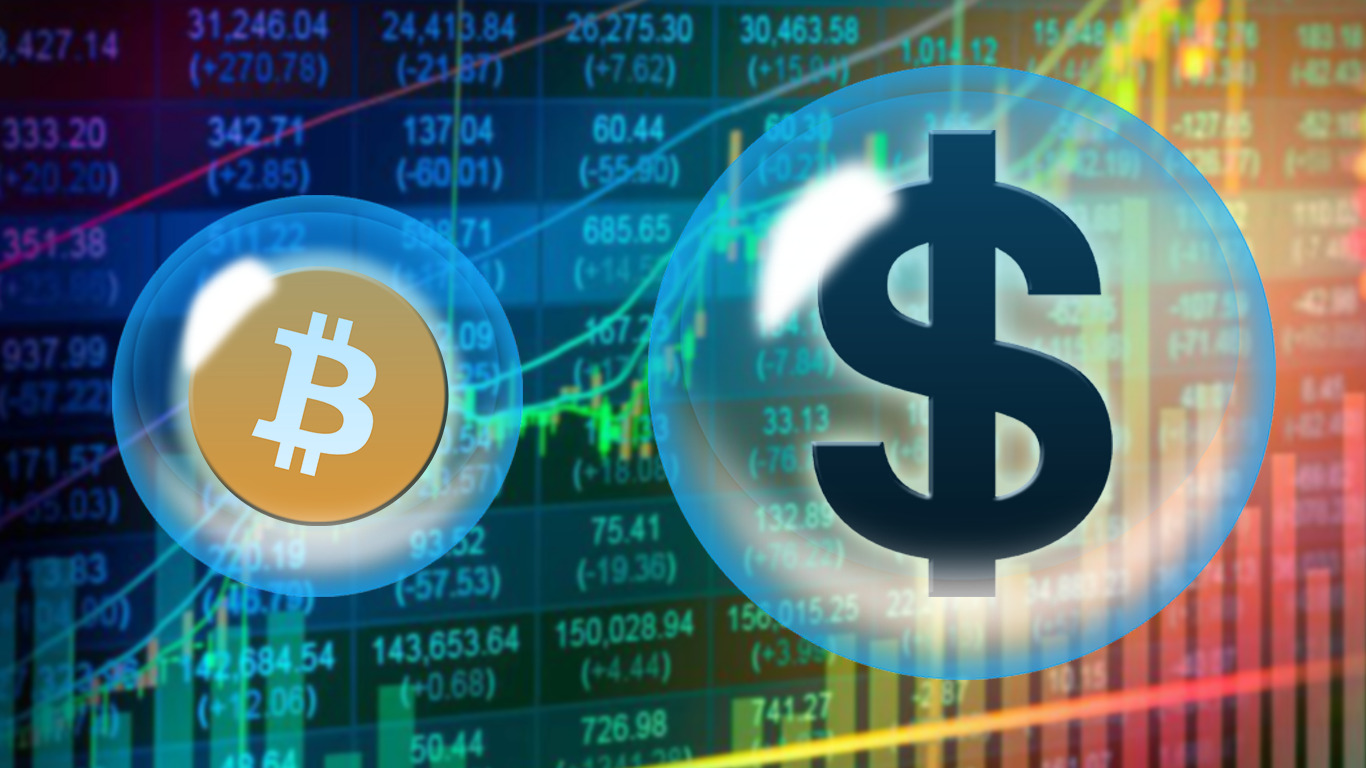 BTC vs USD, pros and cons

We always hear about the crypto as an alternative to fiat currencies, establishing a sort of clash between BTC and USD.

But what are the real differences between bitcoin (BTC) and fiat currencies, such as the US dollar (USD)?

And are we really sure that bitcoin is so different from the dollar?

First of all both currencies have no intrinsic value: the real market value is given only by how much the receiver is willing to pay.

From this point of view, the two currencies are similar, even if their market value varies in different ways.

In fact, the value of bitcoin is more volatile, making the cryptocurrency a transactional currency less usable than the dollar. The volatility of the dollar is much lower and this makes its value much more constant.

One of the consequences is that prices in USD do not have to be updated frequently, but those in BTC do. Generally, prices are published in USD even when you want to sell products and services purchased in BTC.

But it is important to keep in mind that in order to maintain the value of the dollar constant, the currency must be managed by a Central Bank (the Fed) that has the effective ability to increase circulation as it pleases.

The Fed’s objective is to make sure that in average every year the real value is reduced to a maximum of 2%, they constantly have to inject new money into the market so that the trend remains constant.

Instead, bitcoin does not have any central body that controls and issues it, but only a protocol based on a fixed and unalterable computer algorithm.

This means that it is not possible to inject desired quantities of BTC in the market and that no one is responsible for maintaining BTC’s value constant. That is why BTC’s volatility is much higher than that of USD. There will always be only 21 million BTCs.

The Fed also forcibly generates inflation on the dollar so that it loses about 2% of its value each year. This does not happen with bitcoin, so much so that its value has practically always increased over the years.

If the trend continues, then it will be a better store of value than the dollar.

This difference has also another consequence: seigniorage (the income that is produced by creating money). In the case of the dollar, seigniorage goes to the state, while in the case of bitcoin it goes to the miners, i.e. those who validate the transactions. In short, the seigniorage of BTC is in favour of those who work to help make the network more efficient, while that of the USD goes to the State, which merely checks that the currency maintains its relatively constant value over time.

A last macroscopic difference lies in the non-inflationary nature of bitcoin: if a deflationary currency is confirmed, its owners will probably keep it as a store of value rather than spending it as a means of payment.

This is the exact opposite of what happens with USD which, as a store of value is not ideal, since it loses about 2% of its value every year, so it is better to spend it than to keep it.

There are also other less striking differences, including the fact that Bitcoin is in no way falsifiable, while the dollars are, and that all transactions in BTC are public.

The first difference in reality has not so far proved to have a great impact, because the counterfeiting of dollars is limited, while the second however, probably has yet to prove its true scope, since until now no fiat currency has ever had this feature: we are not yet accustomed to the full traceability of each BTC payment on the blockchain to fully understand its usefulness.

Moreover, with the introduction of Lightning Network, most transactions cease to be published on the blockchain, so this feature loses importance.

In reality, there is one last particularly significant difference, but it is not due to technical diversity but to specific rules imposed by governments.

In fact, there are several regulations that actually prevent from having all owned USD at disposal.

In particular, there are several blocks mainly caused by the need to use banks or other intermediaries to make payments in dollars. In reality, no one prevents you from making direct transactions, one-to-one, using cash for example, but they are uncomfortable and even risky.

On the other hand, bitcoin can be used without any problem in a totally uninterrupted manner.

There are intermediaries even with BTC but they are not absolutely necessary. This means that there is no limit, no block and no control when using BTC. The only thing you have to pay attention to is that the transactions are public, when not carried out using Lightning Network.

The difference, therefore, lies in the fact that the use of BTC can be totally free, direct and disintermediate, while those with USD usually are not. In short, as they say in jargon, with Bitcoin you are “your own bank”, with all the pros and cons that this implies.

It is no coincidence that many so-called stable coins are spreading, that is cryptocurrencies with value anchored for example to a stable fiat currency (such as precisely the Tether dollar or Gemini dollar). These stable coins allow the free and uninterrupted use of currencies with a value equal to that of the US dollar.

Previous article A guide on the difference between Bitcoin and Litecoin
Next article Hublot, a Bitcoin watch for the 10 year crypto anniversary
Marco Cavicchioli