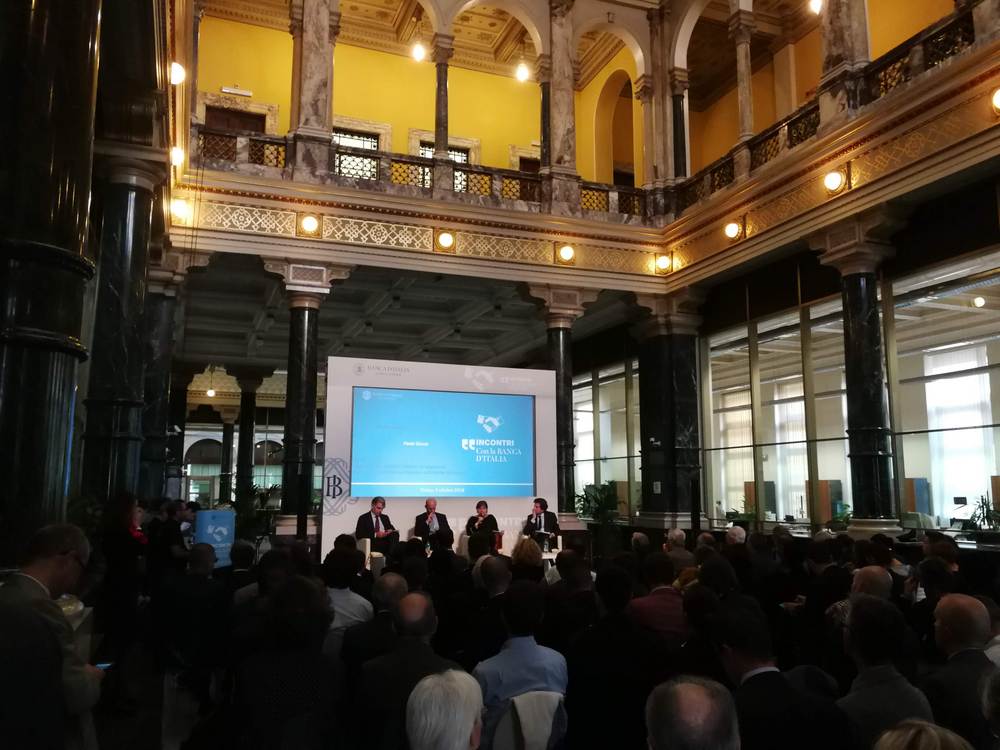 Banca d’Italia: “Blockchain is the most studied technology in the sector”

Yesterday Turin was the venue for an interesting training meeting dedicated to the future of payments, which was held at the Banca d’Italia.

One of the most discussed topics was technological innovation, including blockchain technology, distributed ledgers (DLT) and smart contracts.

The meeting was chaired by Luigi Capra, Director of BdI’s Turin office, and led by Francesco Lovecchio of the Communications Division.

The CEO of the bank, Pietro Sella, and the Director of the Markets and Payments Supervision Service of Banca d’Italia, Paola Giucca were also present, illustrating the most interesting developments currently underway in the field of finance and payments from a technological point of view.

Giucca stated that, from the point of view of innovation, “the blockchain is currently the technology most studied by both central and commercial banks” and that these studies are obviously international and involve institutions as well.

The Banca d’Italia is directly involved in the study of these innovations, both with its own experts and in collaboration with other institutions.

Sella added that a lot of “open innovation” is also taking place, for example within the Sella Labs, and anyone can make their own contribution to technological innovation in the financial sector.

Sella explained that innovation should not be hindered and that it no longer comes only thanks to individual companies or institutions that produce new tools, but thanks to “ecosystems” in which all those who have good ideas can participate, also due to the fact innovation is now very fast, and often proceeds through the exchange of information online.

In addition, Sella has also projected a future in which payments will be made without the need for any specific action on the part of the user, as is already the case for the Telepass, for example. In this context, smart contracts will play a fundamental role, ensuring the correctness of this type of transaction, in a transparent and public way.

Unfortunately, Sella also pointed out that there is a lack of legal recognition of smart contracts and that there is still a lot of work to be done on the matter, partly due to the ethical implications, and that these technologies must still be tested concretely and with a certain degree of caution.

There are great advantages and risks, but it is necessary to know these technologies in depth in order to be able to regulate them.

Francesco Lovecchio, on the other hand, underlined the fact that innovation is above all the result of the technological revolution underway, which is also leading to a real financial revolution. He also stated that innovation and finance favour growth.

Francesco Spini, a journalist for La Stampa, revealed that 82% of Italian banks see technology as a threat, but Paola Giucca has reduced this percentage, arguing that it is most likely decreasing.

The Director of the Supervision Service added that in Italy still 80% of payments are made in cash, especially those of very small amounts and that on average each Italian makes only 100 payments a year with other systems.

However, the technological revolution underway, which was born outside this context, has now entered the world of finance, so much so that both central banks and commercial banks, in addition to fintech companies, are thoroughly studying blockchain technology for its trustless nature, which opens completely new and widely unexplored scenarios.

The big limitation of this technology at the moment is the scalability, since the amount of data that is produced and that must be managed in this field is really remarkable, while the speed required is still higher than that actually achievable with blockchain.

He also added that regulation should be neutral about the technology, although in reality sometimes the technology itself is not necessarily neutral.

However, there was no talk of cryptocurrencies, because the focus of the event was on innovation in payments managed by banks and the Banca d’Italia with fiat currencies, but it was more than clear that blockchain (or rather DLTs) and smart contracts will be part of the financial instruments of the future also in the field fiat currencies.