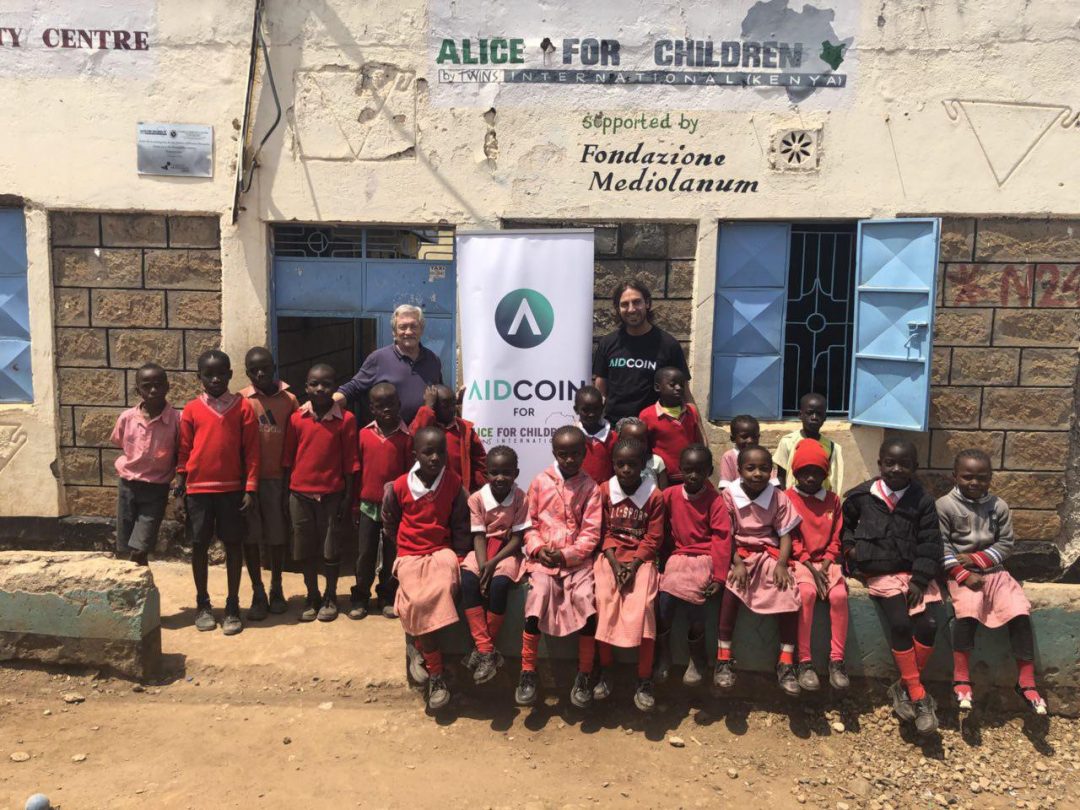 Aidcoin, the first proven case of a transparent crypto donation

Details were shared of the recent charity campaign organised by AidCoin and CharityStars in support of Alice for Children.

According to the organizers, this is the first real demonstration of how a charity can raise funds in cryptocurrencies and spend them transparently without converting them into fiat currency, with recorded public transactions visible on the blockchain.

A few months ago, in fact, CharityStars launched a charity auction supported by Genesis Mining CEO Marco Streng. Thanks to the auction, 15,000 euros were raised and converted into 315,000 AidCoin (AID).

At this point, the AID tokens were donated through AIDChain to an Alice for Children project aimed at educating children living in Kenya’s slums to give them a chance to find a good job.

The choice of financing the Alice for Children project was also due to the fact that in Kenya digital payments are quite widespread, while in contrast, the traditional banking system is much less so.

The result was that Alice for Children had no particular difficulty in finding a supplier who would accept payments in cryptocurrency and so the campaign was launched.

The main objective of the project was to purchase an electricity generator that would guarantee an uninterrupted supply for the facilities used by the Italian Food Academy of Alice for Children in Nairobi.

The supplier identified was Evaton Power Technology, which was paid for with the 315,000 AID together with CharityStars who organised the auction. In order to receive the funds, they had to complete a KYC procedure on AIDChain. Once their profiles were approved by the AidCoin team, Alice for Children was able to transfer the money to them, as can be seen by the public transactions on Etherscan.

Previous article Security tokens, the future is in the hands of Coinbase and Binance
Next article Rating agency DBRS: "Blockchain in Banking: A Reality Check"