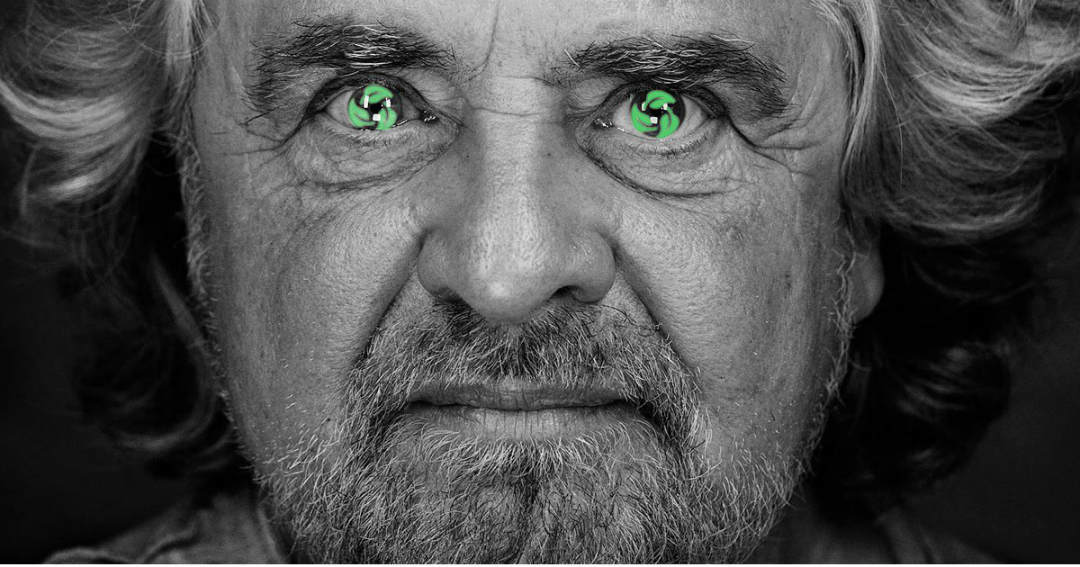 Yesterday, on BeppeGrillo.it, an article entitled “The Blockchain explained to my grandmother” was published. The article is not signed by Beppe Grillo himself, but by “Grandmother Block’s grandson”.

At one point the article explains:

“using blockchain technology […] there would be no scam“.

This is a rather erroneous statement and in some ways also dangerous.

The example given is that of a purchase of a house online. The author asks himself:

“Would you buy a house on the Internet? Probably not. But why? If you think about it, you wouldn’t buy it because of a lack of trust. Terrible thoughts would come to mind. Is it stolen? Is it a scam? Who protects me?“

These questions are all legitimate and the answers correct. However, a little further down in the article, when talking about blockchain, the author continues the reasoning by writing:

“We are on a website that sells houses, we see one that we like and incredibly we could buy it without problems. Why? Because using blockchain technology, every document related to the house would be recorded on the blockchain, but not only that, even the notary who signed the document, land registry papers, manufacturer, builder, materials used and everything else, maybe even with all the documents scanned. There would be no scam“.

This reasoning contains a mistake due to a common misunderstanding: blockchain is not used to prevent the recording of false data, but only to certify its existence and date (or, at most, the sender).

There is and cannot be any control or verification of the truthfulness of the data that is recorded on the blockchain. At most you can be sure that, if the blockchain used is actually public, trustless and permissionless – like that of Bitcoin – that data inserted cannot be modified, manipulated or removed.

The blockchain, therefore, serves to certify the existence of data, even before the law, with a specific date, a specific sender (which can also be anonymous), but this does not mean that the data is true: no one can prevent the recording of false data on a blockchain.

So, in the case mentioned on Beppe Grillo’s blog, even if the documents of the house, the notary who signed them, the land registry, the producer, the manufacturer and everything else are recorded on a blockchain, there is no certainty that they are correct.

Anyone who enters data into a blockchain has the freedom to record what they want. Therefore, even if you register scanned documents, there is no certainty that the right ones have been scanned and not counterfeit copies.

Of course, given the fact that the data recorded on the blockchain is perennial, immutable, public and with legal value (if you use a public and trustless blockchain), who records data on the blockchain takes full responsibility for having recorded precisely that data: if it turns out to be false, they cannot deny recording it.

However, such recordings are anonymous, so finding the author of the recording would not be that easy.

The remaining reasoning on the article on BeppeGrillo.it about the fact that intermediaries can be removed is correct, the only part that is misleading is that related to the blockchain being enough to prevent scams.

One last clarification: with public blockchains like Bitcoin or Ethereum you do not directly record data on the blockchain, but cryptographic hashes that attest to their existence.

In theory, it would also be possible to imagine, as the article says, to record “videos, files or audio tracks”, but technically it would be disadvantageous.

However, this does not mean that the cryptographic hashes that are recorded on the blockchain are not perfect representatives of the data you want to certify.

Previous article Bitcoin Cash leading cryptocurrency prices upwards
Next article John McAfee at the Malta Blockchain Summit: "We need tokens to use, not just to keep in wallets"
Marco Cavicchioli