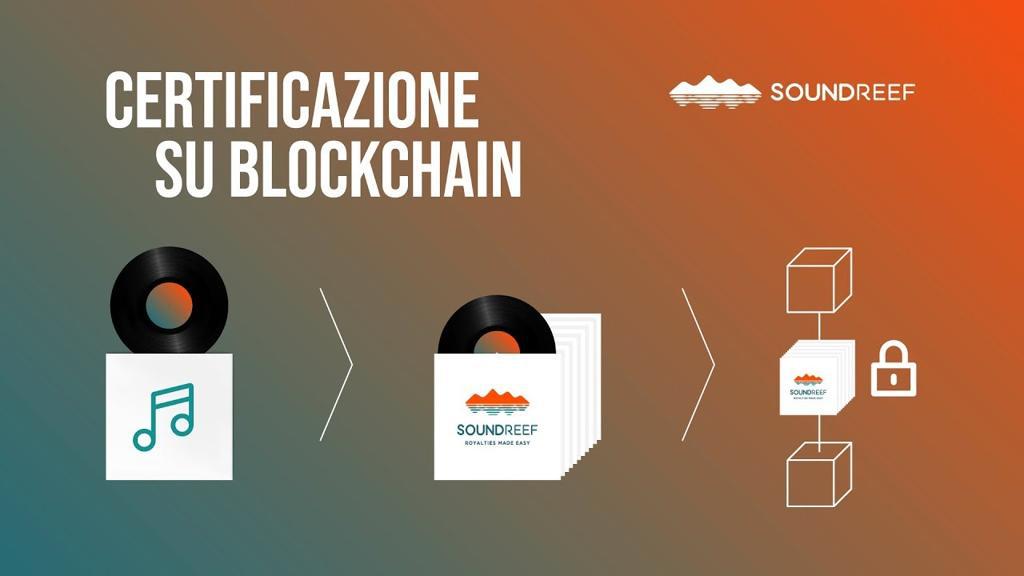 Soundreef ltd is an independent body of the Italian Soundreef SPA, which manages the copyright of over 31,000 artists and publishers including Enrico Ruggeri, Fedez,J.Ax, Rovazzi, Gigi D’Alessio and many others.

The company has announced the integration of Bitcoin’s blockchain in its services to bring decentralization in the management of copyright licenses, putting itself in an opposite position to the SIAE, which has held the monopoly for over 70 years.

The blockchain service offered by the music platform is free of charge and will be used for an unlimited number of works.

Soundreef will therefore use Bitcoin’s blockchain, but not directly. In fact, the company will use Open Timestamp to make a “timestamp”, or a snapshot of the data so that the date of a particular event can be proven. But this does not directly ensure the proof of publication, which will be done only later, sharing the hash on bitcoin’s blockchain.

In its press release, Soundreef stated: “Thanks to this technology that allows open source sharing and instant certification of songs, those entitled will be able to obtain with a click a digital certificate certifying the authorship of their work and the timestamp, taking advantage of the security of the Blockchain ledger”.

Soundreef is not the first digital case against the SIAE. During this year, in fact, the company Rehegoo Music Group has launched an ICO for a blockchain based project to safeguard an update in the field of copyright.

Not only that, according to what was reported, Soundreef had already asked the authorities to intervene in the case “007 Operazione Rovazzi”, submitting a complaint to the Public Prosecutor’s Office in order to ascertain the criminal relevance of the intelligence activity carried out to his detriment.

David D’Arti, CEO of the company, explained: “the blockchain is certainly the technology of the future so we are very pleased to have introduced this service for our members, which also has legal value, protection and 100% guarantees the originality of the work”.