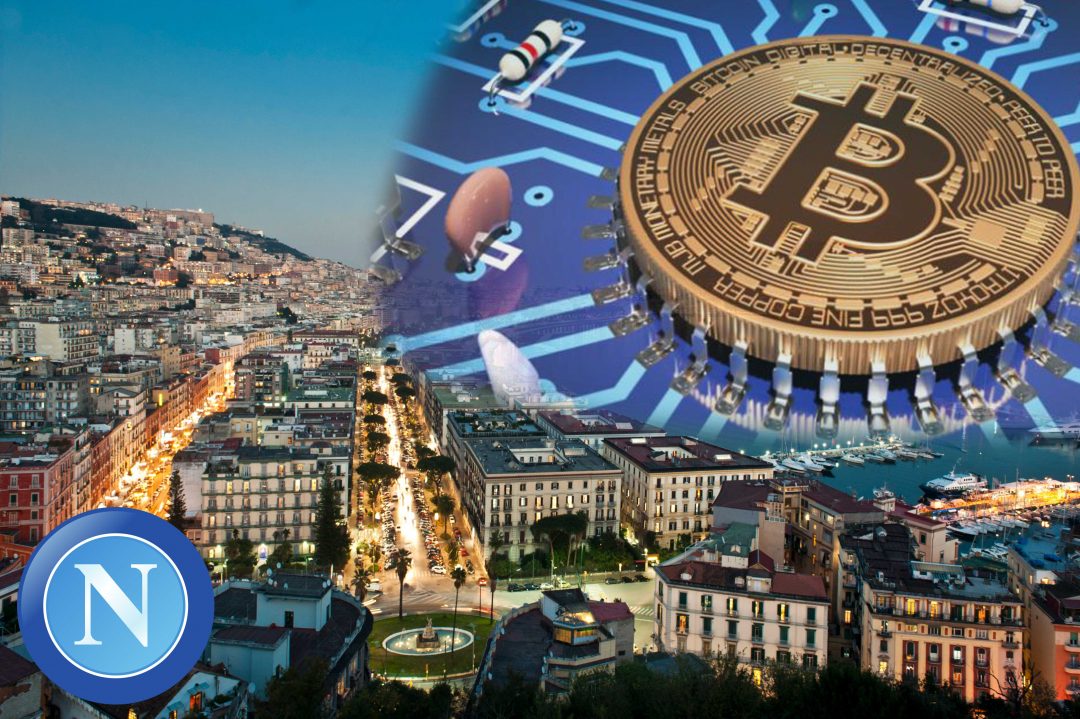 Felice Balsamo, “parking in Naples will be paid for in crypto”

A few days before the event ‘Napoli blockchain city: tradition and innovation‘, Cryptonomist interviewed Felice Balsamo, promoter of the local study group that since 2017 has been working to spread the use of cryptocurrencies in Neapolitan trading activities, and blockchain technology to ensure transparency in administrative acts.

Balsamo will also be one of the speakers at the event on November 22nd, organized by Startup Grind at the Galleria Principe in Naples.

At what stage is the Napoli Blockchain project?

“Project” is a bit restrictive, it would be more appropriate to define our work as the creation of a “Naples model”. At the moment the groups are working on three concrete projects. On the transparency front, the certification of the public lists of those entitled to book coupons on a blockchain is already active. This means that the list of those entitled to this facility is unalterable and transparent for all. For the first time on the website of a public administration, the files are marked with a B (Blockchain).

On the citizen voting/referendum front we are well underway, we are studying some issues related to privacy but soon this solution will be tested.

For cryptocurrency payments in commercial activities, we are training the “test” traders which are participating in the experiment. At the moment we have chosen 10 out of more than 120 requests received.

Next December 15th, from 9.30 am at Castel dell’Ovo, the state of the art projects and guidelines that we will follow in the coming months will be presented to the press.

In addition to the large group of scholars, you have contacts with other cities such as Cagliari. Could Sardex come to Naples and take advantage of blockchain technology?

We are also interested in Cagliari, we have been contacted by dozens of systems similar to Sardex in Italy and around the world. We are studying the solutions and complementary currencies proposed, including interesting solutions used in Costa Rica, Barcelona, etc.. For our new currency, the working group has outlined a compatibility towards solutions similar to our project.

At the moment we are in phase 2: the evangelization of citizens and commercial activities towards cryptocurrencies and the use of a temporary token that we have called TTS (Temporary Token Discount). In phase 3, starting from December 15th, we will study the best solution for the new cryptocurrency and the compatibility with the already present ones.

Among the projects is the improvement of the transparency of the City of Naples’ administrative acts: what are the benefits for citizens?

An immediate and already public example is the management of book coupons. Without going into detail from a technological point of view, the computerization of the process that we had to adopt to certify them on a blockchain has allowed us to improve the privacy of applicants and, above all, has avoided complex control systems by reducing the time of issuance, which for some months now is calculated in days. This is a first example, but others are ready to be used.

Will Naples accept the payment of municipal taxes in cryptocurrencies? Which ones do you think you will accept?

We are doing more. On the one hand we are preparing the possibility of being able to pay for car parking or the renewal of resident permits for the ZTL gates in cryptocurrency. We are also working on the payment of tickets, although here the issue is more complex, but we are working to activate with a public call the possibility of accepting crypto payments at the Maschio Angioino.

It will be possible to pay the 6 euro with one of the most famous cryptocurrencies. But as I said we are doing more, for every virtuous behaviour of citizens we will assign a token that will be accepted as a coupon discount at commercial activities in Naples and its province.

For example, if I have a season ticket for public transport, it means I pollute less and get a prize of 2-5 tokens per month, if I dispose of waste properly at the municipal waste collection centres, I earn more tokens.

These tokens are accepted as 1 euro discount vouchers in commercial activities. So not only are we introducing a new type of payment into the complex world of public administration, but we are also introducing an economic incentive for those who behave in a virtuous way.

Other tokens are obtained on the basis of income, number of children, etc. … these forms are being studied.

Will we have a Naples coin? How do you plan to finance it? Will the owners receive an incentive if they decide to hold it? Will it be possible to mine it?

Issuing a cryptocurrency that is suitable for the needs of a large reality such as the metropolitan city of Naples, with over 3.5 million residents, among the most populous and young people of Europe, is something we are considering, most of the currently available features have been analyzed.

But it has been decided that it is premature to take a decision and we first need to focus on education and the spread of the use of current cryptocurrencies. Phase 2 foresees, as said, the diffusion of payment systems, only after having reached a good number of exchanges, it will be possible to make decisions on what we call phase 3, that is, the release of a special cryptocurrency. The working group will shortly resume the study of phase 3 and propose solutions.

To carry out the entire project, are you considering the launch of a blockchain ecosystem in the city of Naples, where services to citizens, economic opportunities, etc.. coexist? Or will you choose an existing system like that of Ethereum?

Yes, at the moment we are using different solutions disconnected from each other with Ethereum or customized solutions which are not open source, but a tailored solution that allows managing electronic voting, payments, certification of documents and more, all in a single blockchain, is being tested.

Even if at a very early stage, small developments are already underway.

How are you moving in the regulatory vacuum that generally affects the blockchain sector? What difficulties are you encountering? But also, based on the experience gained with the project, do you have suggestions for the legislators?

We have faced the main problem represented by the novelty of the matter in the great administration of the city of Naples. Blockchain and cryptocurrencies were complex and unknown terms. Today, thanks to the solutions already in place, their usefulness is much clearer. Much is changing, thanks to the MISE announcement there will be an acceleration of legislation that does not currently exist. We knew about the gaps in legislation and that is why we wanted experts in legal and financial matters to be present in the working groups. The main problem to be addressed is the regulatory problem, not the technological one. For example, we do not know how to guarantee the right to be forgotten on a Blockchain.

Due to its well-structured framework, can we talk about a Naples model? Maybe to implement in other Italian cities?

In fact, many of our volunteers and members of the project come from outside of Italy as well. We can say that it is a project born in Naples, but it has no borders and we are ready to spread it everywhere, we are always looking for new collaborations. That’s why we have kept the project page constantly updated from the very first days here: http://www.comune.napoli.it/blockchain.