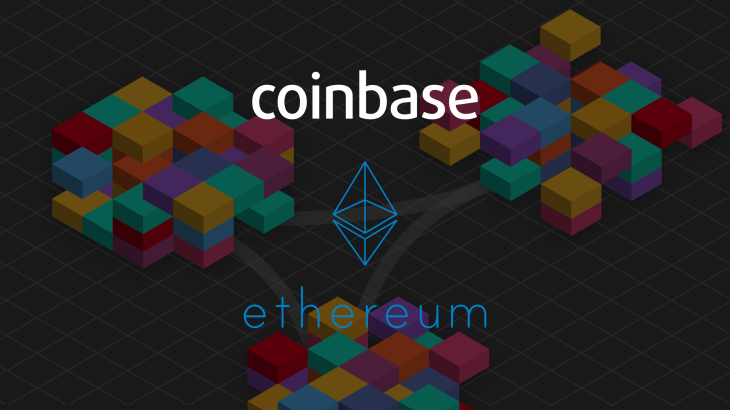 Pierre Rochard, computer engineer and BTC advisor, has stigmatized a recent letter sent by Coinbase to its customers as a kind of attempt to support a cryptocurrency pump by the San Francisco giant.

The engineer also shared a screenshot showing the email sent by Coinbase, highlighting that there was no disclaimer or other indication that the content was promotional. 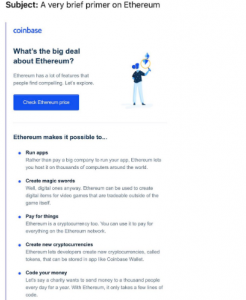 “This ETH pump email from Coinbase contains only positive spin about Ethereum. Zero warnings, disclaimers, or disclosures. Only links are to price! This is not a responsible way of dunning retail speculators. Crypto industry needs a big cleanup“.

Analysing the content, Rochard points out that Coinbase has no interest in educating its clients about the idea of DApp, Ethereum’s real breakthrough, but that the exchange seems essentially interested in selling ETHs to clients, also referring to the fact that Brian Armstrong, CEO of Coinbase, owns more ETHs than BTC and that these are not owned by the company, but on a personal level.

Rochard thus raises the question whether, in a downward markt phase, the CEO is concerned about protecting his personal interests and not those of his customers or the seriousness of the company.

Pierre Rochard ends his reprimand by reiterating that the scalability and diffusion characteristics of the software on the blockchain stated by Coinbase are not as accentuated as one would like and that there are, for those who wish, alternative solutions such as the multicloud ones.