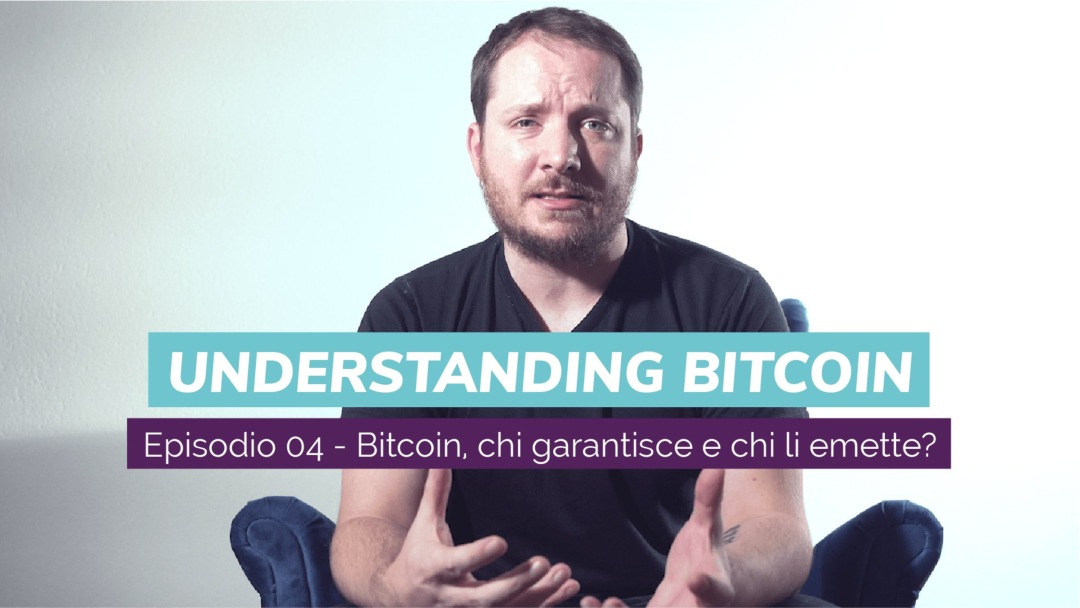 Bitcoin, who guarantees and who issues them? New video with Giacomo Zucco

The fourth video of the “Understanding Bitcoin” series created by Cryptonomist together with Giacomo Zucco, founder of BHB Network, is now released. This time we will understand who guarantees and who issues bitcoins (BTC).

Starting from last January 3rd, during the day of the 10th anniversary of Bitcoin’s birth, Cryptonomist started to publish video-documentaries with Giacomo Zucco.

The series consists of about 10 videos in which the founder of BHB Network explains everything there is to know about blockchain and bitcoin, so as to explain the key concepts related to this cryptocurrency born in 2008 thanks to his inventor Satoshi Nakamoto.

You can look here at the second episode of “Understanding Bitcoin”, about who guarantees and who issues bitcoins explained by Giacomo Zucco: