Giacomo Zucco: “I’m a repentant of the blockchain”

“I’m a repentant of the blockchain.” This is how Giacomo Zucco – CEO and founder of BlockchainLab – made his debut today during the Fintech & Blockchain Forum event in Milan organised by Le Fonti TV.

Indeed, Zucco is ironic about the fact that the blockchain is now on everyone’s lips, mostly as a marketing move by companies rather than as a real necessity and utility.

“The blockchain is the third phase of the bitcoin mourning: the compromise in which one admits the existence of bitcoin, but wants to use it in their own way. Everything that is called blockchain, acting as a bridge between Bitcoin’s technological innovation and fintech, is often only marketing, even if obviously there are interesting use cases such as notarization applications in order to have a certain date of a document through time stamping”.

Zucco’s keynote went on for about half an hour, with questions, interesting ideas and Latin quotes.

“Bitcoin is not only a technological revolution but also a political one.”

It’s certainly true that Bitcoin, despite its first immediate application in payment methods and finance, has revolutionised the way users think and their potential for freedom.

“With money privacy is reduced to zero“, but not with bitcoin, explains the founder of BlockchainLab making funny examples like the fact that you can freely buy a diamond for your lover without having embarrassing receipts or reports on the movements and balances of your credit card.

But what’s really important, especially when you want to use blockchain technology within your business, is the fact that it should be applied without taking into account the old model of your company,

“otherwise it’s as if Kodak wanted to understand how to use digital photography as a way to sell more rolls of film. The main thing that the blockchain changes is not the technology at the service of the model, but the model itself”. 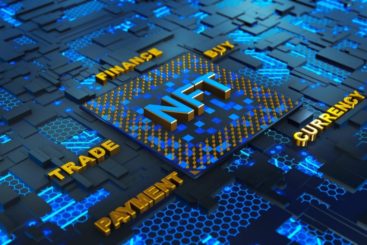