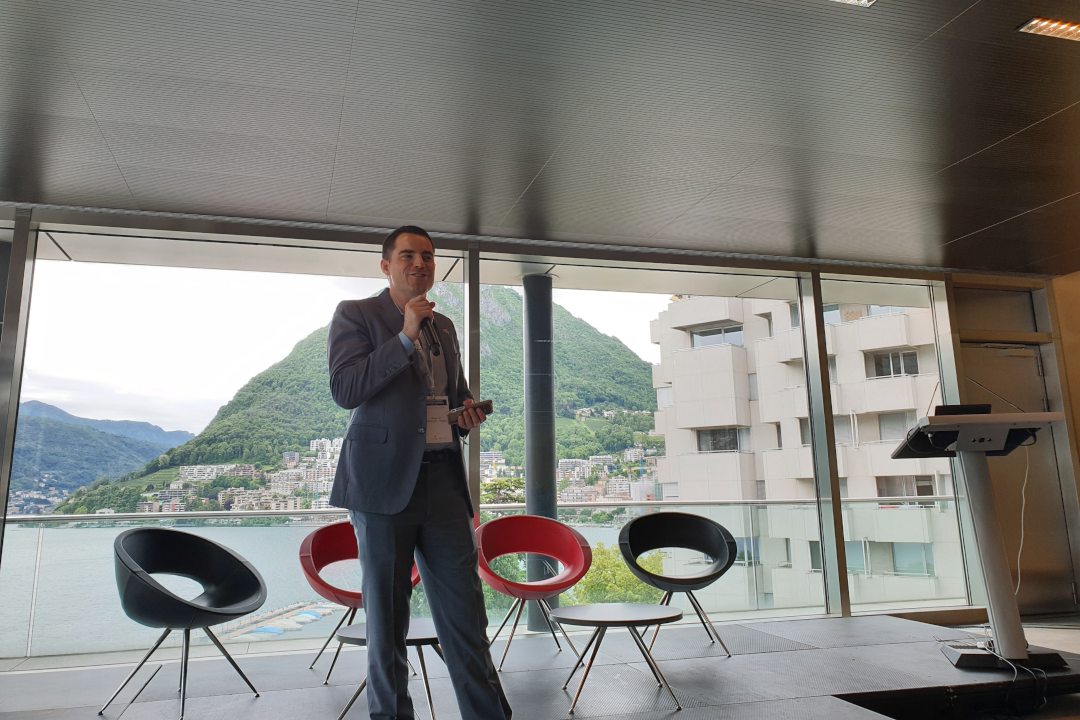 Roger Ver in Switzerland: “Cryptocurrency will change the world”

On May 29th the event Blockchain Thought Leadership was held in Lugano at the LAC museum of the Ticino city, organized by Copernicus Asset Management and Pangea Blockchain Fund. An important event for investors and members of the crypto world, also because on the stage for the first time in Switzerland there was also Roger Ver, Ceo of Bitcoin.com and supporter of Bitcoin Cash, as well as a member of the advisory board of Pangea.

The conference opened at 9 a.m. on time – all in all, we’re in Switzerland, aren’t we? – with the greetings of the Mayor of Lugano Marco Borradori, and then move on to the first panel with the participation of Roger Ver himself.

“Industries that are ripe for blockchain disruption and why”: in short, which are the most important industries that have to ride the wave of the DLT? But also, what are the real changes that the blockchain brings?

Roger Ver explains his story as a merchant of eBay and how BTC changed everything after the already futuristic advent of PayPal:

“In order to get everybody to switch from they are using currently to something new, the new thing doesn’t have to be just better. It has to be a lot better. […] I saw it in my own business. I was an entrepreneur in Silicon Valley and I got my startup on Ebay, way back in the day before there was such a thing as PayPal. I was selling computer parts on Ebay and all the customers had to buy a postal money from their local post office and send it in the mail. And it would take maybe 7 days for showing in the mail. […] And this is where PayPal came along and people could just send money via email. It wasn’t just a slight incremental improvement over postal money. It was a miracle! And I saw the same thing happened when bitcoin came along. […] In the original days of bitcoin you can send any amount of money to anyone anywhere instantly and for free. In 2013/2014 transactions were completely free without any fee. It was a huge step over PayPal and I knew that people are going to start using it for payment”.

The day then alternates between individual speeches by prominent speakers such as David Moss of StrongBlock, better known for being one of the founders of EOS, and panels that also see the participation of Lars Schlichting, partner of the law firm Kellerhals Carrard and CEO of Poseidon Group.

Here comes the time of the keynote: almost 1 hour in which Roger Ver dominates the stage explaining how he came to become the first investor in Bitcoin and why he always supported Bitcoin and Bitcoin cash.

Ver’s adventure in the crypto world started already in 1999, reading books like “Cryptonomicon” by Neal Stephenson which, according to Ver, foresaw the invention of bitcoin years before the whitepaper by Satoshi Nakamoto; later, Ver tells us, he stayed 3 nights awake to study bitcoin after hearing about it during a podcast.

And so we move on to talk about the current state of the art of BTC and the differences with BCH, which Roger strongly supports as a true crypto that could achieve mass adoption in terms of payment method: BCH, in fact, has lower fees than BTC – explains Ver – and a system whereby transactions can be confirmed instantly, which shows the audience giving from $1 to $500 of BCH.

“The speech I’ve been giving since 2011 about bitcoin is that allows anyone, anywhere to send and receive any amount of money with anyone instantly basically for free and there is nothing that anyone can do to stop it. […] For the version of bitcoin called bitcoin cash today those characteristics are still true. And what everyone calls bitcoin today doesn’t have these characteristics anymore”.

Ver also explains how some developers of what is now called Bitcoin Core have moved away from Satoshi’s whitepaper that he hoped for a “peer-to-peer electronic cash system”, stating as far as “higher fees may be just what is needed” (Jorge Timon – co-founder of Blockstream) or “it would be better to use credit cards than Bitcoin” (Jimmy Song).

Ver’s narrative is clear: if we want to achieve a world where all the people of each country achieve a satisfactory degree of economic freedom and what follows – literacy, more attention to nature and landscape, a better quality of life, increased life expectancy, etc. … – the only way is to use a cryptocurrency that allows to be spent easily and immediately.

And it is here that, at the height of the explanation of how crypto can change the world in a positive sense, Roger shows his emotional side, moving in front of about 100 people. Ver seems so faithful to what he is explaining and believing so much, that he can be moved in explaining it.

Here is an excerpt from another time it had happened:

“Bitcoin cash and digital currencies are the best tools that the world has ever seen to achieve these goals and that’s why I’ve been devoting my life to this, because this is the best chance we have to make a better world for everybody”.

Previous article Mining: strategies of a cryptourrency miner
Next article ATM bitcoin and affiliate stores: where they are and how they work