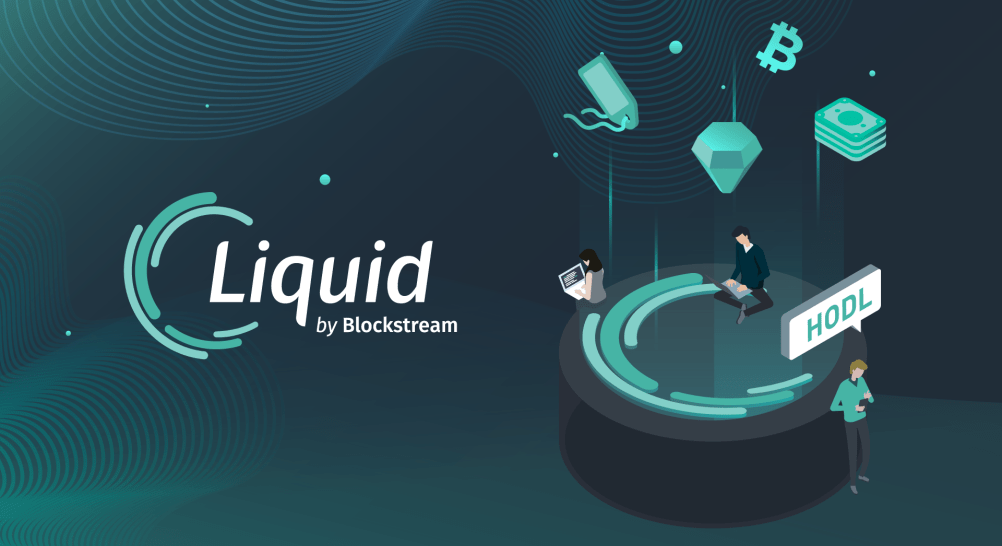 What is the Liquid Network sidechain?

Liquid Network is a bitcoin sidechain that aims to offer fast and confidential transactions between major trading platforms.

The Canadian project was born in 2015 and was released as a testnet in May 2017. However, version 1.0 of Liquid Network only made its debut on the bitcoin network in October of last year.

Currently, there are already dozens of organisations that have decided to embrace this technology, including The Rock Trading, BitMEX, BnkToTheFuture and recently also Bitfinex, which will soon also introduce the stablecoin Tether on the Liquid Network.

Liquid Network: What is it?

It has been pointed out several times that the current blockchains of bitcoin (BTC) and other cryptocurrencies have a rather low throughput, which therefore limits the scalability of such solutions within global contexts where thousands of transactions per second have to be handled.

Low scalability means high network fees, a congested network, pending transactions and thus long confirmation times. It is therefore very difficult to think of using bitcoin (BTC) on a global scale with these major limitations, which have already been experienced at the end of 2017 with very high fees and confirmation times of more than 24 hours.

Increasing the size of blocks

There are different ways to overcome these constraints and thus allow these distributed platforms to process hundreds or thousands of transactions per second. The simplest is to increase the size of the blocks of the blockchain so that more transactions can be included within them and also reduce fees. This is somewhat similar to what was done with bitcoin cash (BCH), which raised the maximum size of bitcoin (BTC) blocks from 1 MB to the current 32 MB.

The problem is that such an approach requires more hardware resources for full-node management (more bandwidth, working memory and storage). This tends to exclude the most constrained nodes, partly limiting the decentralisation of the network. But the main problem, leaving aside the constantly evolving processing capacity of devices, is the need to propagate blocks as quickly as possible on the network.

Propagating a 1-2 MB block on a distributed network is rather simple, feasible and sustainable up to a dozen MB, but much more difficult or almost unmanageable with blocks as large as a hundred MB. It is no coincidence that recently there have been several block reorgs on the newborn coin bitcoin SV, these are literally reorganisations of the blocks aimed at re-synchronising the network of nodes that are no longer synchronised, resulting in many problems. This means that, yes, increasing the size of the blocks is a rather simple solution but, to some extent, difficult to manage today.

Another solution to improve the throughput of a blockchain is sharding. This solution consists in eliminating, even partially, the constraint of the parallelisation of the transactions/blocks.

This mechanism would double (in the case of two sections) the volume of manageable transactions since now the constraint is given by the processing capacity of the two nodes at the same time. By dividing the blockchain into different sections, it is possible to linearly increase the number of operations supported.

This is the concept behind sharding, which therefore provides for a subdivision of the blockchain into different sections called shards. Each of them can process the transactions itself. Currently, the developers of Ethereum and Zilliqa are working on such an approach, which is very straightforward to describe but very complicated to implement. It is important to maintain all the advantages of a classic blockchain which is divided into hundreds of sections, thus putting the consensus mechanisms at risk.

Lightning Network is a second-layer solution that works in tandem with the bitcoin blockchain to increase scalability, usability, speed and reduce fees.

Compared to the first two approaches mentioned above, even if there are many others which are supported by several improvements (MAST, Taproot, Schnorr, BulletProofs, SegWit), Lightning Network is a second layer solution since it operates off-chain, and is partially independent from the Bitcoin blockchain.

For this reason, it offers practically “unlimited” scalability, since transactions no longer have to be confirmed by the miners.

In fact, Lightning Network provides for the off-chain execution of some transactions, which means that they are not sent to the bitcoin blockchain. The concept exploits the creation of a channel – evolution of the Payment Channel – between the two members of the transaction that exchange money. In essence, the transactions performed on the dedicated channel take place instantly without any forwarding to the blockchain. Only the opening and closing transaction of the channel will be forwarded to it.

Thanks to all these advantages, it is possible to theoretically eliminate fees, which can alternatively be significantly reduced (1 satoshi). The result is a real additional network made up of thousands of nodes and channels that communicate with each other, capable of processing instant transactions without commission costs. However, the characteristics and solidity of the bitcoin blockchain are partially lost, even if, for small operations, it is a more than acceptable compromise given the advantages offered.

What is a Sidechain?

Another possible approach towards improving scalability is to create a sidechain anchored to the bitcoin blockchain. In this case, it has to do with a second layer solution, as it is partially off-chain from the main bitcoin blockchain.

A sidechain is a fully-fledged secondary blockchain on which fictitious tokens are used to make currency transfers. More specifically, these tokens are anchored, in the case of bitcoin (BTC), to the amount of BTC that are meant to be traded on the sidechain. Consequently, for each fungible bitcoin (BTC) on the sidechain, there must be an equivalent bitcoin (BTC) frozen in a swap wallet that acts as a bridge. 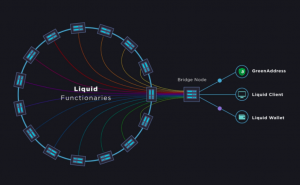 Operations performed on the secondary blockchain are not recorded on the main blockchain. Therefore, since they do not have to be passed on to it, the fees can be much lower or zero. In addition, the throughput is much higher, as the nodes of the sidechain are private, with certain specifications and processing capabilities capable of handling a large number of transactions.

There may be several implementations of sidechains. On Bitcoin, the most popular are RSK and Liquid Network.

The advantages of the Liquid Network Sidechain

The main advantages of a sidechain consist of more transactions per second and shorter confirmation times. This results in fast transfers at very low prices.

Obviously, such a solution also has several disadvantages. Firstly, the fact that bitcoin transfers to the sidechain are faster, more efficient and also cheaper in terms of network commissions could to some extent be a threat to miners.

In the unlikely event that a large portion of transactions was to move from the bitcoin blockchain to the Liquid Network sidechain, miners could experience a drop in revenue due to the inclusion of transactions in the blocks. It’s the same problem that Lightning Network, also off-chain, may entail.

However, at least to date, it should be a “non-problem“, as the bulk of the reward for miners comes from the correct creation of a block. Moreover, peg-in and peg-out operations from Bitcoin’s blockchain to the sidechain and vice versa would still remain onchain.

The big drawback of a sidechain like Liquid Network is that it is a private network based on trusted bodies that manage the network. This isn’t really in line with the philosophy of the much more decentralised bitcoin blockchain. It is no coincidence that the company that developed Liquid Network, namely Blockstream, has repeatedly admitted that sidechains will never be decentralised as a bitcoin. However, none of the developers, exchanges and companies that decide to support this solution will have the power to control transactions.

Another general disadvantage of all sidechains is the level of network security, which will never be equal to that offered by bitcoin. As a result, it is up to the bodies that manage the network to maintain a certain level of security. There is actually a lot more to be said on the security aspect.

In case of hacks, one could partially rely on the peg-in and peg-out transactions from the bitcoin blockchain and on the history of the operations on the sidechain to try, at least in part, to reconstruct and therefore recover the hacked L-BTC. Although, of course, it is important to consider that the transactions are confidential. If, however, the L-BTC were to be placed on-chain before the swap system was frozen, this would become completely impossible.

Wallets and other features of Liquid Network

Unlike the RSK sidechain, which focuses more on executing smart contracts on bitcoin, Liquid Network aims to offer more than anything else a network for secure and fast value transfers between exchanges. So not just bitcoin, but other assets as well. For this reason, we can expect the debut of at least one stablecoin on this network (it seems that the first may be Tether), since the network will be supported by a large number of exchanges.

Recently, the support software and its sources have been released, this way the community can create a Liquid Network node in order to support the network as well.

Liquid Network will soon be supported by the main wallets. In particular, the implementation of the GreenAddress wallet and also the Trezor and Ledger hardware wallets is already under development. This will make it possible for users to store L-BTC tokens in a completely secure manner.

Not only that but in the future, a particular wallet could make it possible to switch from bitcoin (BTC) to L-BTC without necessarily having to rely on an exchange. This means that it will be possible to make transactions with other users on the Liquid Network using confidential transactions to maintain a level of privacy higher than bitcoin.

Previous article Crypto trading: main types of buy and sell orders
Next article Max Kantelia: “Zilliqa can compete with VISA in 12 or 18 months”