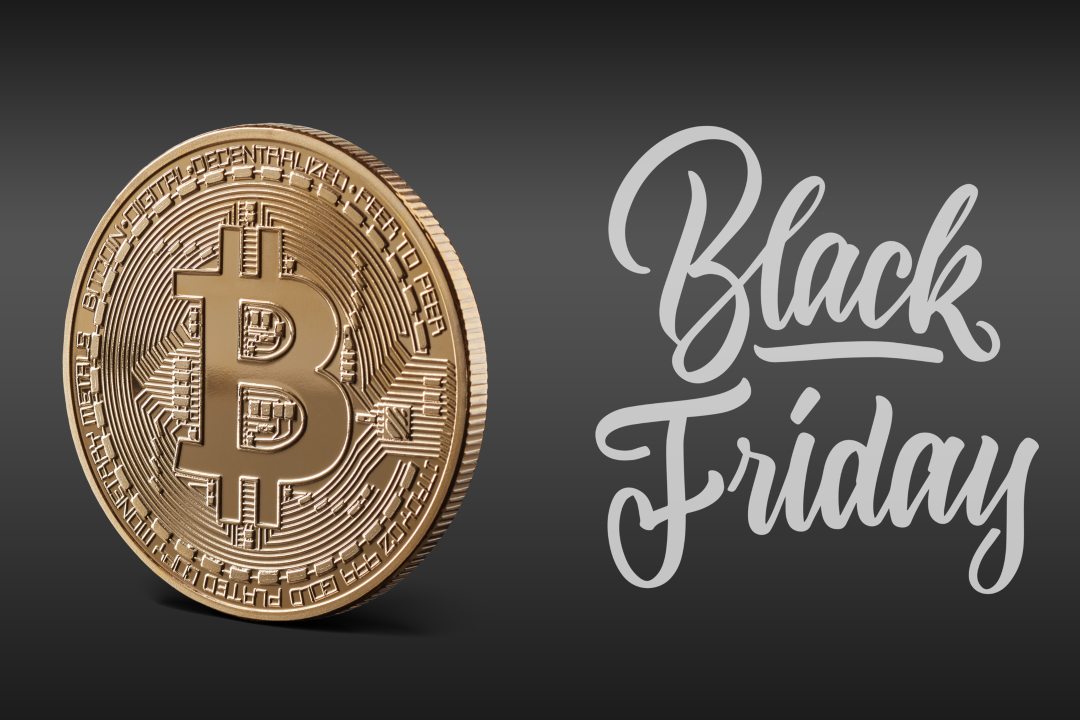 How cryptocurrencies are preparing for Black Friday

This year’s Black Friday seems to have come a week early for cryptocurrencies.

Black Friday, on the other hand, takes place on November 29th, so it would seem to have arrived early for bitcoin this year, which is why several tweets have taken up this idea, such as that of Paolo Ardoino, the CTO of Bitfinex, who tweeted on Friday 22nd:

BTC is cheap today. I thought #BlackFriday was in one week…

Jokes aside, this year there aren’t many initiatives related to cryptocurrencies for the actual Black Friday of November 29th. To the point that, for example, one of the most famous ones related to Bitcoin has decided to close this year.

It’s the Bitcoin Black Friday website, where now there’s a statement by its founder, Jon Holmquist, who says he decided not to continue with the initiative after 7 years of success.

Holmquist’s reason is that Bitcoin Black Friday was intended to celebrate the use of bitcoin as a means of consumer payment, whereas now BTC has become a form of investment and a new financial instrument. From this perspective, Holmquist says there are now alternatives, such as BCH, and that the task of his initiative is now considered over.

The crypto initiatives of Black Friday

Apart from the normal discounts on products that can be purchased with cryptocurrencies, this year there are few initiatives organised for Black Friday that specifically concern the crypto sector.

There is the initiative of Binance US, which offers a discount of up to 75% on trading fees for those who use BNB to pay them.

There is also the initiative of Casa, which offers $100 discount on Lightning Network nodes.

Some curious initiatives are that of Lolli, which raises the percentage of cashback in bitcoin for purchases made during the week of Black Friday, and that of StormShop, which will offer cashback in DAI, as well as in BTC, ETH, or the native token of StormX.

TradingView, for its part, offers discounts of up to 60% on premium subscriptions until Friday, also to celebrate the return of volatility in the market.

Revolut has announced a 30% discount, from November 28th to December 2nd, for those who buy the annual upgrade to the Premium account.

Whereas Bitcoin Games for this Black Friday offers players the chance to win some extra prizes in cryptocurrencies, as well as an HTC Exodus 1 smartphone.

Other initiatives are that of the Coinigy crypto wallet, which offers 75% discounts on subscriptions from Friday 29th, and that of the Gunbot trading bot, which this week offers a 60% discount.

The most curious initiative, however, is that of Bitcoin Tuesday, which encourages people to donate bitcoin to charity on December 3rd.

A conference to save us from the blockchain: ZkProof "home edition"
Keep Protocol: an Ethereum privacy project