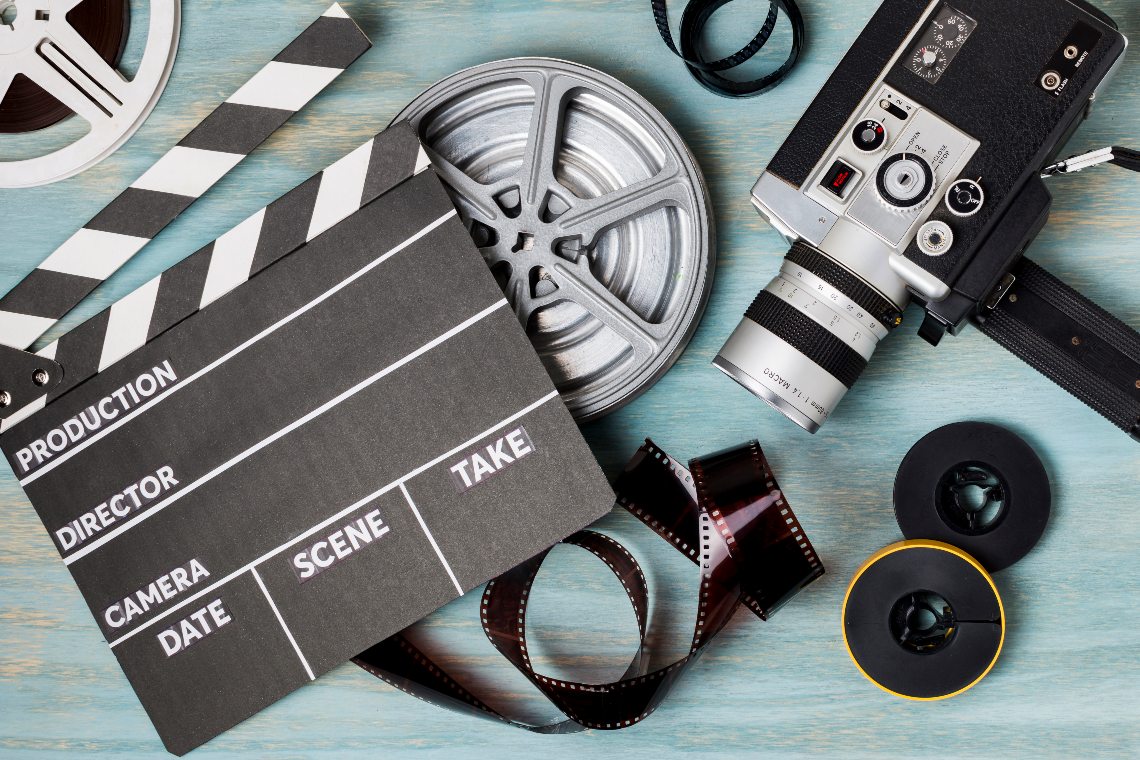 In this article, we are going to explore some opportunities brought to light by the practical use of blockchain technology in the world of cinema.

Blockchain technology has long been the subject of debate among many experts as to how it will affect traditional sectors that are more reluctant to change, compared to others that are more technological and certainly more open to innovation.

In fact, the world of cinema revolves around mechanisms that are now too slow and cumbersome and could be one of the sectors that will benefit the most from this technology. The film industry is one of the most centralized systems that exist, along with being hermetic and complicated. For this reason, a decentralization of the systems of which it is composed, such as finances, casting and distribution, can give new life to the whole ecosystem.

This process involves both the financial sphere and the protection of intellectual property, in both cases making access to these services faster and more effective, transparent and democratic.

In the case of fundraising, blockchain gives the possibility to raise capital in a streamlined and monitored way. Thanks to a smart contract, fungible tokens can be issued for a given project to be carried out as well as establishing the budget. For instance, a film has a budget of 800 thousand euros, which translates into tokens issued with a minimum nominal value for the investor.

For example, 800 tokens worth 1000 euros each will be issued, representing the minimum amount of investment for this film. A concept that also goes very well with crowdfunding, whereas the non-fungible token represents its characteristics.

There is a description of the project, the screenplay, character profiles, the short bios of the director and the other important figures on the set. If there are already pre-contracts with the actors, and distributions, which are important to make the film more attractive to the investor, they will be included in the non-fungible token.

Even in the most difficult moments in contemporary history, cinema was one of the sectors that suffered the least, suffice it to say that during World War II one of the Wall Street titles that had no losses was that of MGM, a well-known Hollywood major. In 2020, in an era of complete digital transformation which we are living through, films can be  “seen” as a new asset class. A film can generate a lot of profits, just think of hits like Avengers or Avatar.

But even smaller films can give great satisfaction to their financiers. Through the blockchain, it will be possible to invest in big films or support smaller budget and independent films. Turning a film into an investment opportunity accessible to all is only one of the positive aspects of using this technology.

Think about when screenwriters have to record their work to prevent someone from stealing or copying it. Tokenization can also be used to record the authenticity of the work. Moreover, the screenwriters may not want to completely renounce the rights of the screenplay, selling only 50% of it to the production that will make the film and then keep the remaining 50% for themselves, receiving royalties for life.

This doesn’t happen and nowadays very often it’s the productions that enjoy this enormous profit by buying the screenplay often at ridiculously low prices, whether they’re first time screenwriters or not. So there is often no real assessment of the potential value of the screenplay and the blockchain could be used to establish a virtuous process of validation of the project. If, for example, a blockchain is created specifically for this purpose, the validation might be based on a score given by the network participants.

Clearly, this blockchain should be permissioned and it would be appropriate to include users who have very relevant know-how and experience in the field, or a very prepared, attentive and demanding audience, willing to read the synopsis or even the whole script, willing to contribute to the network. In this way, screenwriters would be evaluated in a shorter time compared to the path they typically take and would also have the possibility of being better protected, as opposed to when they are passing the screenplay from hand to hand in desperate search of a producer or financier.

The players in the sector

Today there are several companies in the film industry that are moving in this direction, one of the most interesting is Media Capital Technologies, which foresees a Hollywood 2.0 where thanks to blockchain technology it will be possible to tokenize films and make them accessible to investors from all over the world.