Zilliqa’s Zilswap increases the DeFi Competition with Ethereum and Uniswap

The beginning of a very valuable DeFi competition for the greatest share of decentralized finance’s new gems is now underway with the launch of Zilswap. This should excite the most passionate fans of DeFi because things may accelerate even quicker than the pace of the last few months and also become more efficient.

For a longtime the blockchain space longed for dApps that provided more utility than just tokenization and this year some of the best have gone mainstream, namely, Uniswap.

Uniswap is the world’s most prominent DeFi experiment yet and at times this year has outperformed all of the space’s legacy titans – such as, Binance and Coinbase.

The Uniswap protocol currently runs atop the Ethereum blockchain and can be viewed as the next progression towards truly decentralized finance. Uniswap is absent from KYC and has gained momentum much like bitcoin as a p2p revolutionary experience.

You can see here how Uniswap is stacking up in daily volume compared to Binance, the world’s most profitable centralized exchange.

With Uniswap’s success as a leading metric, Zilliqa’s team found it important enough to roll out Zilswap and utilized Switcheo to do so.

Ethereum vs Zilliqa and Uniswap vs Zilswap

With obvious hopes that network volume could potentially sky rocket over the coming months, Zilswap places Zilliqa at the center of the DeFi competition. Ethereum’s average gas fee has exceeded $10 at times this year and Zilliqa hopes to show a more efficient way forward on their platform.

With sharding already taking place on Zilliqa and yielding cheaper transaction fees through increased throughput, some could be enticed to jump ship to Zilswap and the Zilliqa blockchain.

Despite the fact that Zilswap and Uniswap are now in competition, there’s also a bridge already built in the form of $BUSD. This bridge should help get the most utility out of the Uniswap and Zilswap combination. $BSUD tokens will operate bi-directionally, meaning, they’ll take the form of whichever chain the tokens are being sent to.

The capacity for users to be able to bounce from one protocol to the other is potentially another major value added to the blockchain space.

Recently, Ethereum creator, Vitalik Buterin, took to Twitter in what may have been a public relations move, his 6 tweet thread reads like an encouragement to Ethereum users and reaffirmation that scaling is a primary concern and right around the corner.

A quick recap of the short and medium term of Ethereum scaling.

1. Ultra-high scaling with sharding + rollups will be possible *in phase 1*
2. Sharding is NOT "cancelled"
3. Get on a rollup asap; you get 100x scaling even without eth2 pic.twitter.com/fXW0Q3iAxu

Despite many years of waiting and much speculation on whether Ethereum can successfully scale, much of the blockchain space’s most influential dApps still launch on it.

First mover advantages for Ethereum and Uniswap are quite large, there is no doubt. The Ethereum and Vitalik combo is one of the blockchain space’s oldest guards and will not be dethroned absent a lengthy tech battle.

Luckily for the customers of Zilliqa and Ethereum, the battle will likely yield even more innovative and revolutionary decentralized financial products. These products may help take web 3.0 to the next level and may potentially unlock even greater value and freedom this decade.

This battle could be great for traders and investors that want to achieve maximum utility from the decentralized financial space but also is forcing centralized exchanges to make alterations and generate more utility for customers or be left behind. Either way, the winner of this battle will not only be the world’s freest decentralized market for digital assets but also the free market’s customers and investors in these emerging financial products.

Read more about DeFi by subscribing to DeFi today for free here. 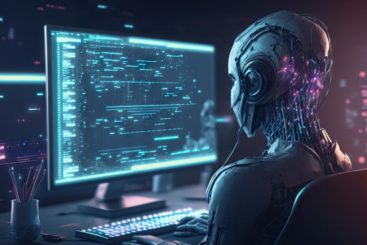