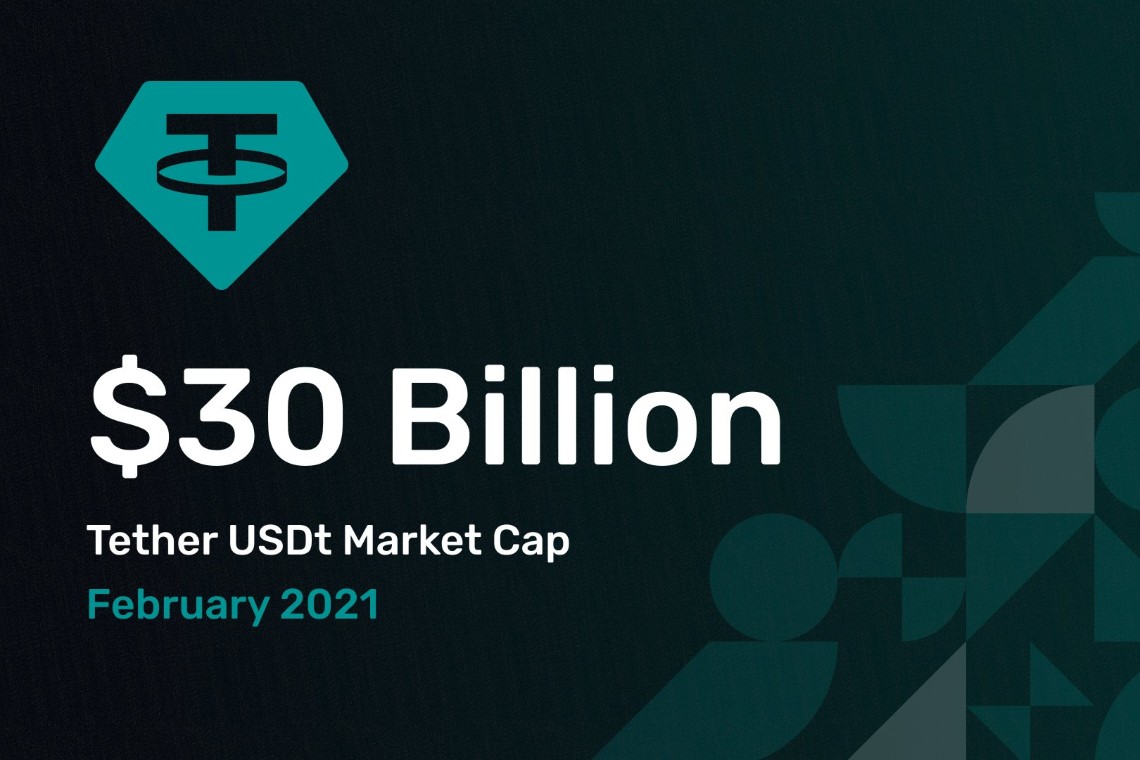 Tether has surpassed $30 billion in capitalization. The stablecoin pegged to the US dollar confirms itself as the most popular in the market.

For Tether, this is a peak that comes just a few days after the previous one. Only last January 25th, in fact, USDT had reached 25 billion of market cap. In two weeks this record has been pulverized.

“In less than two weeks Tether has just hit another amazing milestone surpassing a $30B market capitalization.

This fantastic milestone is another confirmation for Tether maintaining its number one spot as the most liquid, stable and trusted stablecoin!”

This fantastic milestone is another confirmation for Tether maintaining its number one spot as the most liquid, stable and trusted stablecoin! pic.twitter.com/7pSfvE3GYJ

The growth of Tether’s capitalization

The vertical growth of Tether’s market capitalization is due to its multiple uses. Not only is it a cryptocurrency whose value is stable, so it is not affected by market volatility, but it is also proving to be central to the ecosystem. In fact, many exchanges are listing tokens paired with USDT instead of BTC.

Tether is also very versatile, being used on different blockchains. Originally running only on Omni, a second layer of Bitcoin, it can now also be used on Ethereum, EOS, Liquid Network and Tron, but also Algorand and Bitcoin Cash SLP.

“Tether’s growth to $30 billion shows how far the digital token space has come. It’s becoming increasingly clear that our community of traders and developers love using the most liquid, stable and popular crypto stablecoin. Tether plays an important role in our burgeoning ecosystem.”

Tether was founded in October 2014. It has quickly become the most widely used stablecoin in the market so much so that its share, when compared to other stablecoins, is clearly dominant. According to CoinGecko, the current market capitalization of stablecoins linked to the US dollar is $43 billion. Of these, Tether’s market share is 72%, well above the runner-up, USD Coin, which holds “only” 15%. This dominance has been consistently unchallenged over time, showing how Tether enjoys the trust of investors.