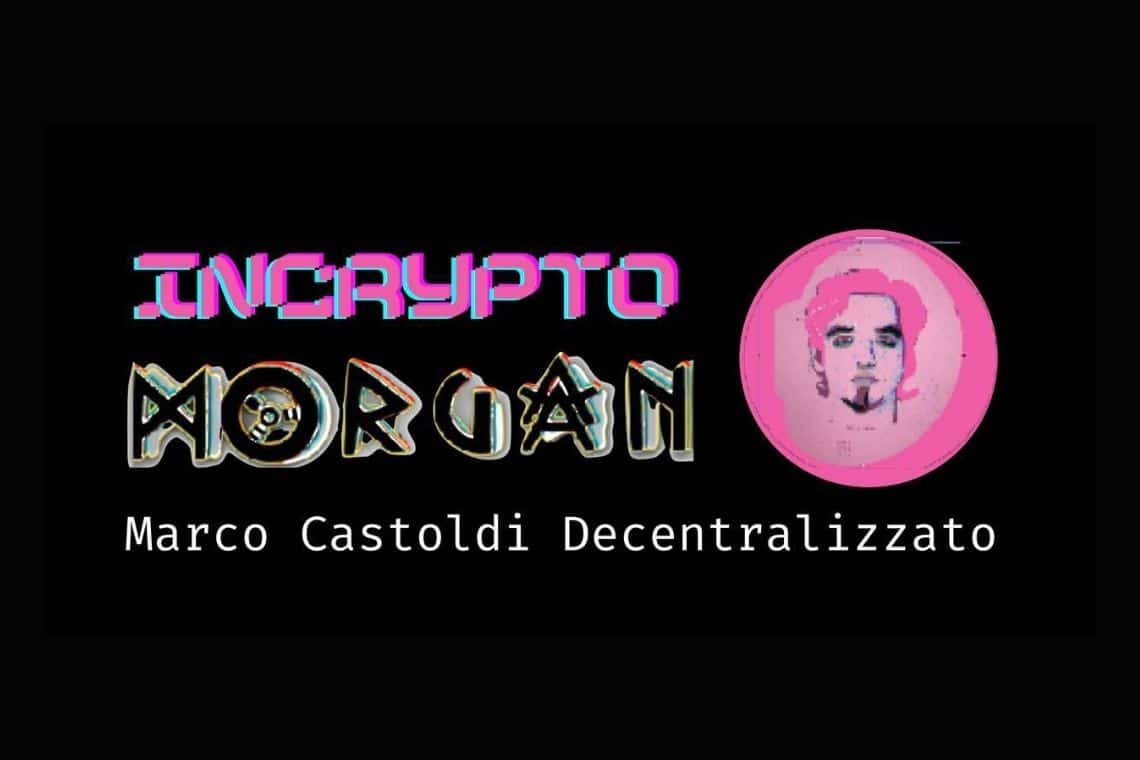 Morgan‘s non-fungible token – NFT for short – arrives at the hottest time in the news, inflaming the debate that divides blockchain purists and cryptocurrency enthusiasts.

Without prior announcement, the press conference was held on the latest social network late Saturday afternoon (March 27th): ClubHouse, the platform now widely used in the crypto sector, and in honour of the new social network’s lexicon, it was called “Conferenza Stanza” (Conference Room), where the hot topic of blockchain is being discussed in rooms for experts and beginners alike.

Presenting the news with Morgan was Alessandro Brunello, an expert in blockchain, cyber intelligence, fintech and of course tokens. As stated by Morgan, he will be in charge of the whole IT process.

In response to sceptics of the artistic NFT, Morgan compares the blockchain to the production process of a book and says:

“Just as a writer doesn’t know anything about how to bind a book, a singer doesn’t deal with the process of releasing a song.”

Morgan points out that he sees the NFT as an opportunity and a tool to gain freedom and independence from the logic of the record companies, a freedom that he stresses has been missing for too many years.

So it’s all about the concept of freedom, a song as a unique and unrepeatable work of art and the possibility to be purchased without intermediaries. The conference officially opens the auction with a starting base of 0.5 Ethereum (about $854.52) and during the debate, Brunello enthusiastically announces the arrival of bids.

The conference goes on for over two hours and amidst questions, curiosities and interventions of crypto experts, several unresolved issues emerge:

Among the sceptics is Red Ronnie, who focuses on the issue of fruition: how, who, when?

Morgan has earned the title of the first Italian music artist to use non-fungible tokens, setting a “precedent”, and he did so four days after the announcement by the SIAE of the creation of the first digital assets for the protection of authors’ rights, by entering into a partnership with Algorand, the platform for payments and digital currency created by computer scientist Silvio Micali.

Algorand uses a Proof of Stake protocol to ensure decentralization, scalability and security. The SIAE is also publishing the first figures, which show that in just a few days from start-up, 4,000,000 NFTs and rights for 95,000 authors have been created.

After weeks of movement and announcements, it seems that NFTs are entering the physical blockchain world with increasing vigour. Christie’s auction probably gave courage to the entire art industry, which saw Beeple’s digital work beat $69.3m.

As far as Morgan is concerned, the auction 24 hours after its launch is stuck with the bids received during his conference. The platform that was used was OpenSea and the deadline is scheduled for April 6th, with the focus being on what figure the first music token in Italy will achieve, which to date remains at 0.7 Ethereum, about $1,185 at today’s exchange rate. Whoever wins the token, as well as becoming the owner and exclusive holder of the song “n”, will also win the original prints of the lyrics of the song autographed and the delivery will take place directly from the hands of the singer with an exclusive meeting.

Journalist and expert in communication and marketing. Ten years of television and broadcasting, specializing in news and politics with a particular focus on media dynamics and strategies. With a degree in International Communication, she has worked as a business manager, bringing together all the tools for strategic communication in the new generation media. Passionate about cryptocurrencies and market dynamics.

Previous article Crypto Horoscope for March 29th 2021
Next article The Cryptonomist is NOT giving out bitcoin: beware of fakes on Facebook