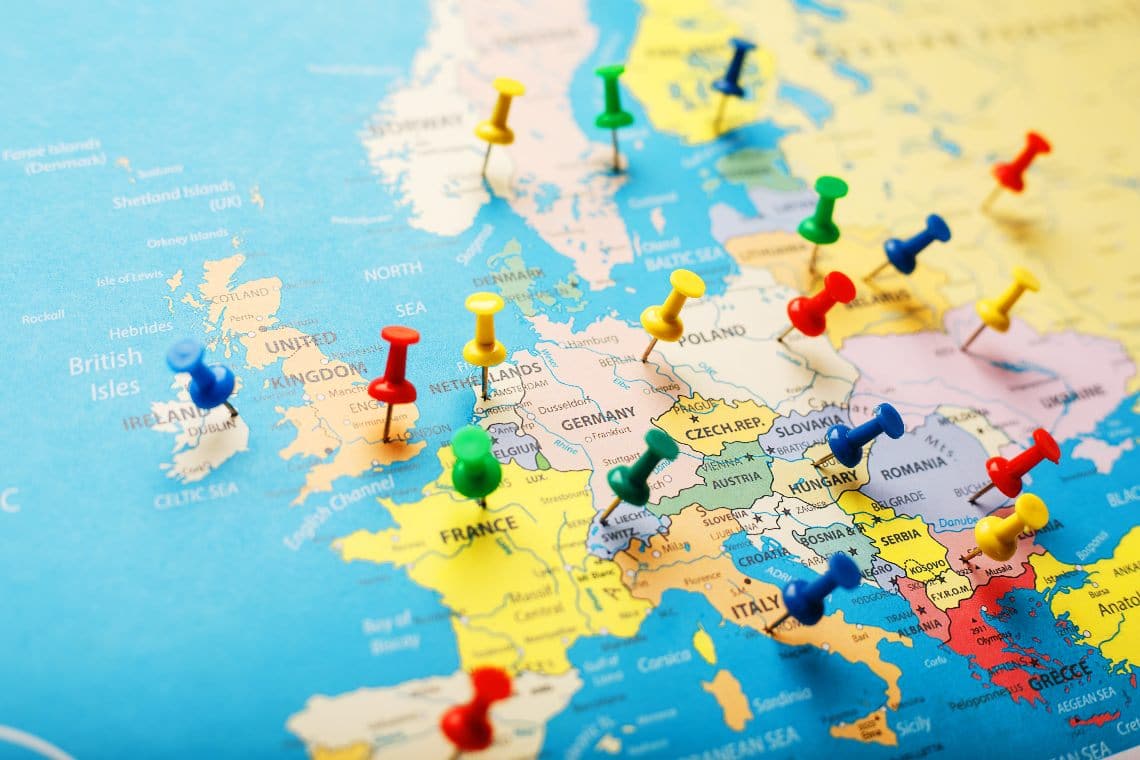 The most likely crypto hubs of Europe

Since its existence of cryptocurrency, the US and Asia have been the first ones who dominated venture capital investments with their startups, but a few countries in Europe might become important crypto hubs.

The US alone has more funded blockchain companies than the UK, Singapore, and China altogether, considering the huge rise of nearly $24 billion since 2013. However, it does not mean that other countries from across the world do not have the potential to become leading crypto hubs in the near future. As the use of cryptocurrency increases day by day, especially in iGaming, it is more likely that the majority of the world will adapt to changes and make investments toward blockchain technology, which is going to create a completely different digital reality.

Europe’s blockchain scene is catching up with the rest of the world. The number of investments made in talent and early-stage startups is increasing in some of Europe’s biggest countries, which include Switzerland, Italy, the UK, Ukraine, and of course, Estonia. These countries rank among the top 10 for the high number of blockchain companies, which is definitely good news.

According to different researchers, the majority of investors believe that the US, San Francisco is the center of digital assets. While it may be true for now, Europe is actually one of the most thrilling places for crypto, which is caused by the creation of high-class universities, accompanied by tech expertise and regulatory openness. Let’s take a look at some of the countries that have the potential of becoming Europe’s biggest crypto hubs.

There are huge developer startups and communities busily coding their lives away in Europe’s major cities. One of them is Zug, located in Switzerland, which nowadays is called “Crypto Valley” as billion-dollar blockchain technologies are being developed there. The city used to be agricultural, but in the last few years, it has become a hotspot for a lot of different companies.

In 2017, The Crypto Valley Association was set up there, which is a global leading ecosystem for blockchain. They work on startups, government, R&D, etc. The citizens of Zug are able to pay their taxes (up to $111000) in two cryptos: either Bitcoin (BTC) or Ether (ETH). The main goal of the city is to simplify and promote the use of cryptocurrency in everyday lives. You might also come across Bitcoin ATMs in the cafe areas. This is not everything – the city wants to take voting to a new level – municipal voting might be processed using blockchain technology. Considering all this, we think it’s clear that Switzerland might become one of the leading crypto countries very soon.

The Italian blockchain ecosystem has been progressing in the last few years. It can be proved by many successful startup stories, accompanied by a high number of blockchain initiatives. Italy can be considered a very unique place in the crypto industry. The reason behind that is not the fact that it has very good blockchain technology, or it’s the home of big cryptocurrency companies. In reality, the main reason is that it is located in the middle of countries that have almost become Europe’s cryptocurrency hubs – Malta and Switzerland.

Switzerland has the sources of blockchain technology for different EU members, and while Italy is the nearest major country, it is experiencing influence from its neighbors, being a gateway for them. Besides that, the digital currencies in this country are untouched by governments, meaning that they do not prevent mining firms and blockchain companies. Italy can definitely learn from its neighbors – local entrepreneurs are able to turn a local project into a massive global success. If Switzerland was able to make millions of euros through foreign investments, thanks to its friendly approach towards cryptos, Italy also has the ability to become another crypto hub for traders from Europe.

The UK can already be used as an example of good crypto strategies. Since 2013, London – which is a financial center of Europe, has raised $1 billion in equity. Leading UK companies have major crypto exchanges, which include Elliptic, and Bitsamp.

While it is true that the gap between traditional money and the crypto economy in the UK still exists, the expectations are that in the upcoming years the country has the potential to become a leader in blockchain technologies. The UK blockchain companies have seen $500 million of investments. Recently, blockchain has been recognized by the UK government and they are actually showing commitment to supporting the upcoming development of the digital economy. We do believe that the future of cryptos is really bright in this country.

Did you know that Ukraine has become the leader in the number of people that use digital money? Buying virtual money is very easy there, you just need to have a valid email address and phone number and maybe that’s the reason why the number of transactions done with cryptocurrencies is so high there.

It is important to note that the country has a huge number of tech developers that have the ability to develop blockchain technologies in order to help the acceleration of the digital economy. A tech-savvy population accompanied by a big blockchain developers community is a big plus. There are a lot of small retail crypto investors in Ukraine and $800,000 worth of crypto trades are made on a daily basis. Considering all of these, it will be fair to say that Ukraine has the chance of becoming one of the most crypto-friendly countries in Europe.

Estonia is known as a country, where almost every process is digitized. The country is also known for one of the most exciting startups scene, which right now is going even further. Blockchain technology has been used there since 2006 and in 2016 the whole health records for its 1.3 million residents have been fully digitized by the same technology used by Bitcoin. There are a lot of other examples of using blockchain in both – private and public sectors in Estonia. A lot of international companies are choosing this country to develop some blockchain technologies – its world-famous startup system and a big number of tech talent are actually doing their job.

All in all, these examples clearly illustrate how big the potential of Europe is. Blockchain is one of the most powerful technologies of our time and by the smart usage of them, Europe can soon be playing along with the US and Asian crypto leader companies.